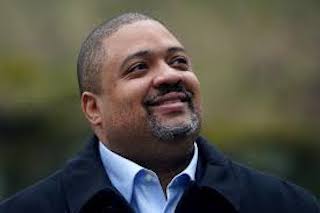 The number of prosecutors fleeing New York City’s district attorneys’ offices has spiraled in the wake of criminal justice reforms that have created what one ex-top prosecutor called “insanity.”

Sixty-five assistant district attorneys, or approximately 12 percent of the staff, have resigned this year from Manhattan DA Alvin Bragg’s office, up from about 44 through the end of March. Throughout 2021, 97 ADAs resigned from their jobs at the District Attorney’s office in New York City. On Bragg’s third day in office, he called for prosecutors not to seek prison sentences for a number of crimes and to downgrade their charges, which included robbery and commercial burglaries.

The situation is no different in the office of Brooklyn DA Eric Gonzalez, where 67 of  500 prosecutors, or approximately 13 percent, have also quit as of June 17. Another three resigned on Thursday. This is compared to 84 who left in all of 2020 and another 94 last year.

Fifty-nine prosecutors have walked off the job in the Bronx from January through May. Representatives from the Queens and Staten Island DA offices have not yet submitted the data for their District Attorneys’ offices.

When Bragg took office in January 2022, nine lawyers quit their jobs at the DAs office within the first two weeks.

Some were prompted to leave by Bragg’s soft-on-crime approach, which he outlined in a “Day One” memo directing ADAs not to seek prison sentences for many criminals and to downgrade some felonies to misdemeanors.

New discovery requirements that have been adopted by New York state in 2019 are now forcing lawyers to turn over copious amounts of material to the defense and to do so under ridiculous and unreasonable time constraints.

“You become a file clerk rather than a trial lawyer.”

Illuzzi-Orbon said that for a case involving allegations of wrongdoing at a protest, bodycam video from every officer at the event might have to be produced.

“It’s insanity,” she said. “Most of it is completely irrelevant and not germane in any way to the issues of the case.”

She added that if cases take too long during discovery,  they will get tossed. “There are tons of cases getting dismissed,” she said.

Illuzzi-Orbon’s description of the state reforms is similar to what  former Manhattan assistant district attorney Daniel Bibb had said when he told Fox News in January that Bragg’s memo downgrading crimes such as armed robbery as “the definition of insanity.”

When violence against LEO's are at historic levels, we have "woke" DAs like Alvin Bragg dropping their charges when they attack us (caught on video).

More of the no consequence criminal justice policies that ruin our urban communities. What a joke…https://t.co/7EMAKCboKq

Bragg’s office said that it expects to now have at least 85 new ADAs in place by the end of September. But as long as Bragg remains as DA and his policies remain in place, violent crime numbers will continue to rise as he continues to go soft on crime.

Lee Zeldin, a Republican hopeful for the 2022 Gubernatorial race, promises to remove Alvin Bragg in an “expedited” process if elected.