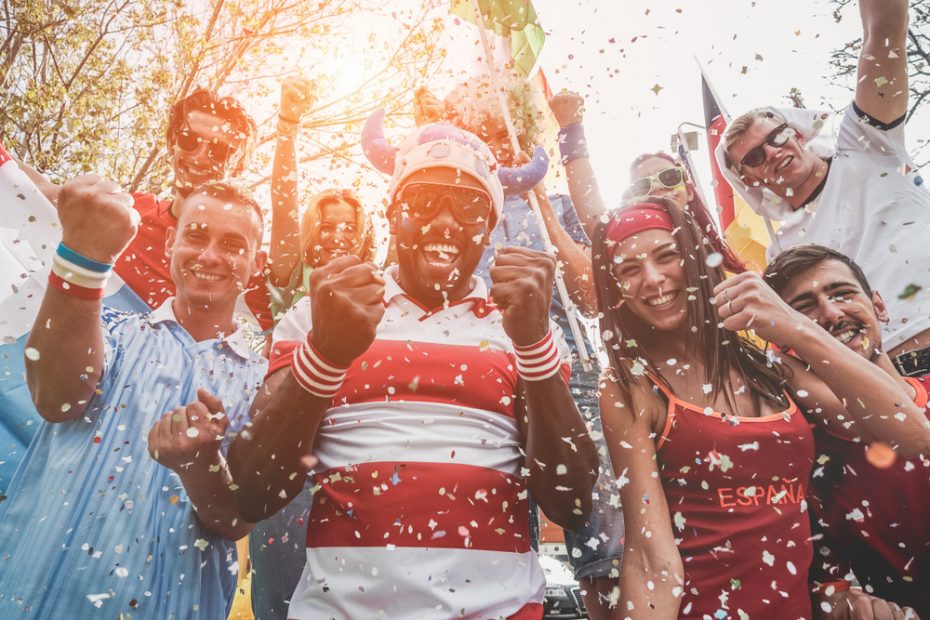 I’ll never get soccer. I’ve sort of tried. My kids played, but it mostly consisted of lots of running and complaining, some even from the kids.

Actual scoring seemed to be secondary to all the kids just getting out there and getting exercise and having a good time. Orange slices optional.

I don’t know about the status of orange slices for the upcoming World Cup in the Middle Eastern country of Qatar, but I do suspect scoring will be at a minimum. No, not just because it’s soccer.

Were you planning on going to Qatar to have wild sex with other singles — or married couples — from around the world who are down for a good time? The stuffy leaders of that conservative country are warning there will be no premarital sex going on and if they catch you boning, you could face up to seven years in prison, according to a Daily Star report.

Oh, wait! Now I know what they mean by “no scoring”. Except of course soccer is a notoriously low-scoring game, perhaps because the players are too tired from all the extracurricular activity? Maybe it’s the lack of snacks? Who knows, I’ve never played. Soccer I mean.

HISTORY: For The First Time Ever There's A Reported 'Sex Ban' At The World Cup And A One-Night Stand Could Cost You 7 Years In Prison https://t.co/n8qOcz1gxp pic.twitter.com/k28eYUBkWS

“Sex is very much off the menu, unless you are coming as a husband and wife team. There definitely will be no one-night stands at this tournament,” a police source told the tabloid.

“There will be no partying at all really. Everyone needs to keep their heads about them unless they want to risk ­being stuck in prison.

“There is essentially a sex ban in place at this year’s World Cup for the first time ever. Fans need to be prepared.”

Sex is OFF the menu for most husband and wife teams, am I right? Anyone? Ok, bad joke. However, these players should know exactly what part of the world they are playing in, and by virtue of that, should be aware of the very strict morality these types of countries live by.

This begs the question, how will Qatar stop singles from banging? Will they be spying on every hotel corridor, every single room?

The Qatar Supreme Committee, who seems to come up with these ridiculous rules, is on record saying, “Qatar is a ­conservative country and public ­displays of affection are frowned upon ­regardless of sexual orientation.”

Keep in mind, this rule goes for randy fans as well. Now I’ve seen soccer fans on Sundays at our local sports bars, probably not a huge threat there. Just being honest.

The ironic part is, that drinking is perfectly legal in Qatar. So you have thousands of like-minded soccer folks from around the world converging, getting sauced, and NOT hooking up? Good luck Qatar, perhaps you should start constructing some temporary housing for offenders. Not coed obviously.

Oh, and one more thing, I realize Megan Rapinoe is at the end of her career, and the women’s world cup isn’t until 2023, but hey, you can be any sex you want in America now! Any chance we get her a spot on the men’s squad? A fella can dream, right?