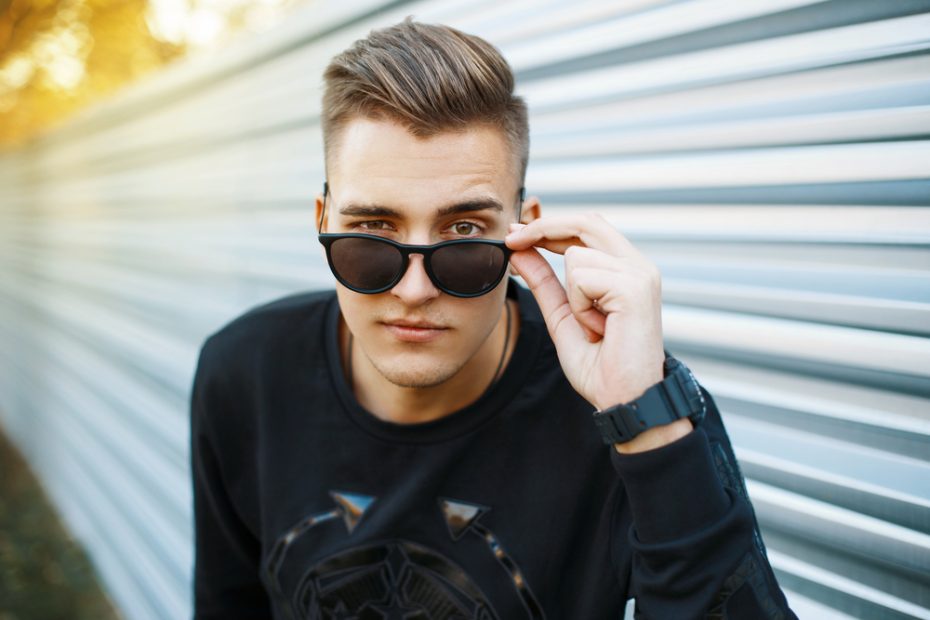 I was quite the bar fly back in my younger, single days. There’s something primal in us, the thrill of the hunt perhaps?

Night clubs used to be fun. In recent years true ‘night clubs” like I patronized in my formative years have been replaced with arcade bars, sports bars, karaoke joints; there aren’t really many true dance clubs left anymore.

I had a strategy in the dance club for meeting ladies. Never being the most handsome fella in the room, or the most outgoing, I would usually lean against the bar and try to look aloof and cool.

Rarely worked, but when it did it was because I made eye contact with someone, and they deduced I was probably a nice guy and not a serial killer.

I don’t believe I’ve ever given off a serial killer vibe, but I’ve never met one, so who knows.

Eye contact is a big part of the game. Many of us aren’t confident or outgoing enough to just walk up to someone and start a conversation. Rejection sucks! Hence the need to “check someone out” and hopefully get a smile or friendly face in return.

Well, thankfully a super fun Australian nightclub has ruined that! Don’t look now! Let’s just get the details from Outkick:

A nightclub in Australia has taken the term safe space to a new level of absurdity. The club released an update to their safety and harassment policy. The update includes labeling staring at someone without consent as harassment.

In other words, there will be no checking anyone out at this woke club. Not unless you first walk over and ask the person for permission.

I think it’s fair to say, night life is pretty much dead. Even in Australia.

Now, I don’t know how you make conversation without first looking at someone, though in retrospect maybe I would have had better luck with the ladies if we couldn’t look at each other first. Just a thought.

Club 77 in Sydney, Australia posted the update on social media a few weeks ago. They made it clear they operate a “zero-tolerance policy on harassment of any kind.”

The nightclub’s statement reads in part, “Creating a safe space goes beyond implementing practices to deal with incidents after they have happened. We also also have an obligation to educate new club-goers and help them understand what is considered unacceptable behavior inside the venue and on the dance floor.”

Well, I can tell you one thing that isn’t allowed, fun. Oh, and just throw that pesky human nature out the window. I mean, I know it’s just part of being human to want to look at other humans, especially attractive ones, but you better control those urges buddy! You will get bounced!

“As a nightclub, we encourage you to interact with strangers, however any engagement MUST begin with verbal consent. This also applies if you are, for example, staring at someone from afar. If the attention you are giving someone is unwanted, that is considered harassment.”

Part of the problem is words like “harassment” have been watered down and so overused that no one knows what it means anymore. Literally anything someone doesn’t like can be construed as harassment.

Looking at someone across the bar and risking getting bounced and potentially arrested because some drunk Karen doesn’t like the look on your face is absurd.

People just need to grow up, and businesses like this need to let adults be adults.

They say, “go woke, go broke” and I will be watching and waiting to see if and when this joint closes down.