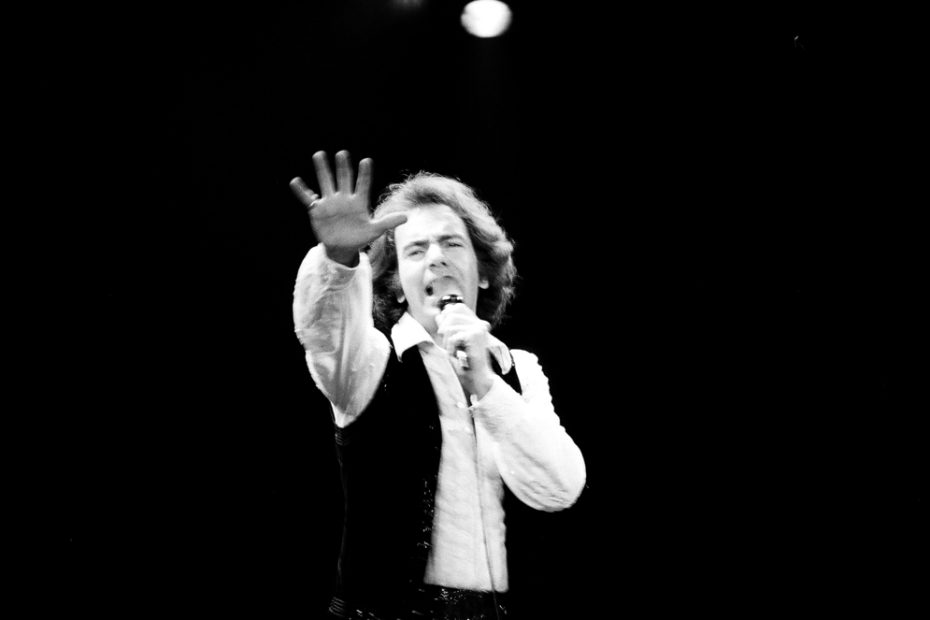 Neil Diamond is one of the biggest entertainers of the 20th century. His legendary career has spanned over five decades, and he is also an accomplished actor and songwriter, having starred in “The Jazz Singer” and written songs for Elvis Presley. The 81-year-old star has stopped touring and recording due to a Parkinson’s diagnosis in 2018 but managed to show up at the Broadway opening of the story of his life, “A Beautiful Noise.” Not only did he show up, but at curtain call, he sang arguably his biggest hit, and I would also argue one of the worst songs in history, “Sweet Caroline.” Admit it, you went “buh, buh, buh” after reading that!

The song was written and released in 1969 but has been sung in bars by drunk girls and frat guys ever since. Most people only know the main verse and the chant-along “so good, so good, so good” but have no idea of the real meaning of the song. Diamond revealed in a 2007 interview the song’s real inspiration. Check this out.

Diamond said he was a “young, broke songwriter” in the ‘60s when he saw a cute photo of Caroline Kennedy in a magazine. “It was a picture of a little girl dressed to the nines in her riding gear, next to her pony,” he recalled. “It was such an innocent, wonderful picture, I immediately felt there was a song in there.”

Cool story until you begin to unpack some of the lyrics. At that point, the song takes a decidedly pervy turn.

And now I, I look at the night, whooo
And it don’t seem so lonely
We fill it up with only two, oh
And when I hurt
Hurting runs off my shoulder
How can I hurt when holding you

Break out the tissues.

Um, ok? Look, I know Neil Diamond likely isn’t a creep, and he is undoubtedly one of the biggest remaining living musicians, but come on, you have to come up with a little less sketchy story as inspiration. Of course, this doesn’t change any of Diamond’s countless accomplishments. How many living people actually have a Broadway show about them? Alexander Hamilton has been dead for years! The sing-along at the show’s opening was undoubtedly still a huge hit.

After the cast wrapped their first Broadway performance on Sunday, the Brooklyn-born singer belted out his signature song from a box seat in the Broadhurst Theatre with his wife, Katie McNeil Diamond, by his side.

It turned into a massive sing-along, with the entire audience getting on their feet.

I’m sure the only thing missing was the smell of stale beer and a drunk frat guy passed out in the corner. Many iconic artists eschew their biggest songs. Zepplin famously refused to play “Stairway to Heaven,” Radiohead hates their biggest hit, “Creep,” and I’m sure Kiss is sick of cranking out “Love Gun” every other night, but those songs don’t get chanted along with in every bar, and none of those artists can attend a Broadway show about THEIR own lives, so I guess Neil Diamond wins, so good, so good, so good.