Need To Charge an EV? Better Have Some Time on Your Hands 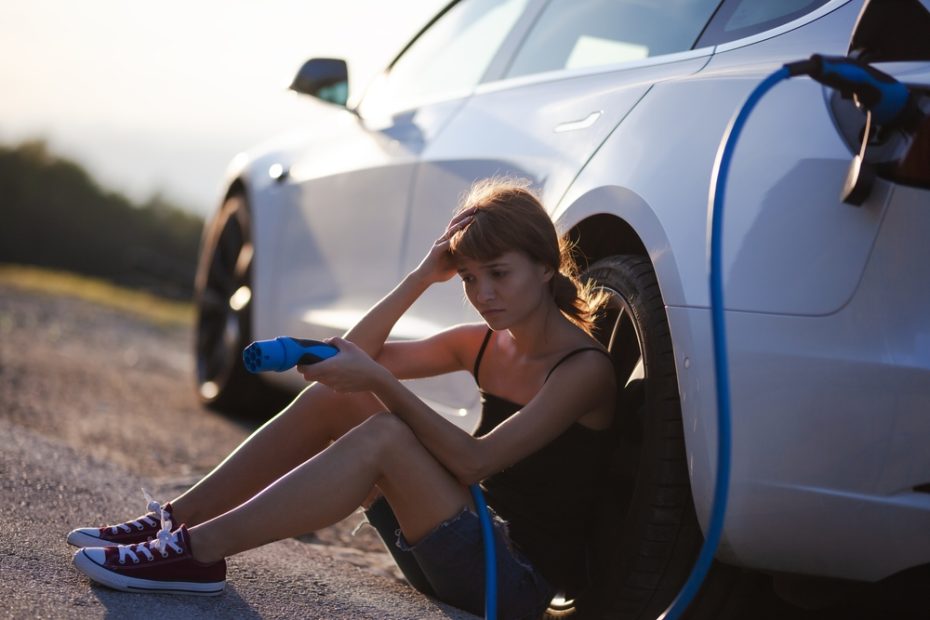 By now we all know what Democrats want. No fossil fuels, electric vehicles in every driveway, solar panels and windmills everywhere, it’s going to be awesome, right? Right? Probably not actually. The infrastructure isn’t in place for electric vehicles, and even if it was, we don’t have the wind and solar capabilities to even heat and cool our homes, no less charge a Hyundai.

No matter, the left is pushing forward with their green agenda, and we are all going to suffer as a result. The focus should be on renewable energy, as well as hybrid technology, hydrogen cells, and finding cleaner, more efficient ways to burn gas and oil. Fossil fuels run the world, and completely abandoning them is going to be disastrous.

It could be decades before a reliable, affordable charging network is set up nationally for electric vehicles, and recently a founder of an electric car subscription service found out firsthand. Check this out from Independent Journal review:

“Finding charging stations in Bozeman, MT has been challenging,” the man wrote in the caption for one of his videos.

“The car has been charging overnight, 10 hours, and it’s only moved up about 20 percent,” he explained.

Reminds me of my roadtrip through Montana. Not a single EV. Stayed with family and my plugshare app said there was a charger at the hospital down the street. Called them up and they had no idea it was there (it was right up front).

Got some extra time on your hands during that cross-country trip with the family? You better have because depending on where you are going, you might have a bit of a wait. That’s not the usual experience at a gas station. Also be prepared to pay. Most brands will have charging packages for a monthly fee, but on their charging network. If you can’t find a brand-specific charger, the cost to use another, if even possible will be huge. Compatibility may be an issue as well. Will a Toyota charger charge a Chevrolet? Think in terms of Apple and Android. You cant charge an Android with an Apple charger.

“So the Audi dealership fast charger that we’re at, the only fast charger in the entire town, [is] the most expensive one we’ve hit to date: $25 an hour.”

While that may not sound like much considering how expensive gas is, what is your time worth? How much of our lives are we willing to waste charging batteries?

Eventually cost will be an issue in regard to charging. Remote locations with limited charging options will likely be able to charge whatever they want for their services, and you will have to pay it. What are you going to do, plug up to a tree?

The experience of this electric car fanatic proves a point conservatives have been making for months. While some areas of the United States may have the infrastructure necessary to support a shift to electric cars, others most certainly do not.

Electric cars are not the real problem. The problem is being forced into electric cars. The intentionally inflated price of gas and the refusal of this administration to address our energy needs domestically in an attempt to force consumers hand is the issue.

Phasing out of fossil fuels will hurt poor people the most. Many folks have to drive cars that are a decade or more old because that is what they can afford, often maintaining them on their own as well. All of that will be off the table with EV’s. The batteries have a life span, and are economically unrealistic to replace, and the voltage involved makes them extremely dangerous to work on. If you force electric cars on everyone, lower income people as usual will be hurt the most.

We all want to maintain a healthy planet but being held at gunpoint and forced into electric vehicles is a bad idea. Almost as bad as an EV road trip across Montana.