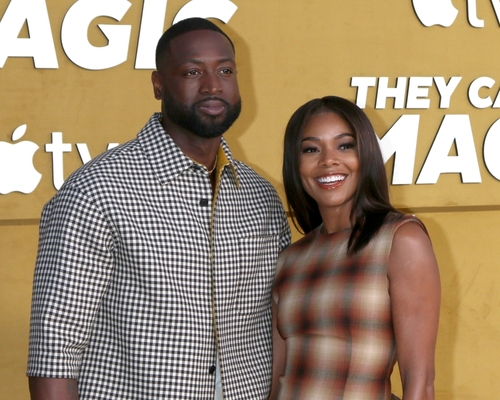 Wade has said publicly since Zaya was 12 years old that the child is transgender and a girl. According to the NBA star, the child “came out” at eight. He also asked that the court legally changes the teen’s gender to “female.”

While at an awards show where Zaya was honored, Wade said to the audience, “When our 8-year-old daughter, Zaya Wade, came home and said she had something to tell us, when she came out to us, as a family, we admitted that we weren’t as educated about the LGBTQ+ plus community as we should have been.”

The former Miami Heat guard wrote that they couldn’t be prouder of how she handled herself and answered questions. They also announced the child as a young face and voice for the LGBTQ+ community.

In the petition filed to Los Angeles Superior Court, Wade said that he has full authority to make decisions on his daughter’s behalf and that he has notified his former wife and Zaya’s mother, Siohvaughn Funches, of the legal action.

Wade also mentioned that his daughter is transgender during an appearance on “The Ellen DeGeneres Show” in 2020. “Our (then)-12-year-old … came home and said, ‘Hey, I want to talk to you guys, then asked to be called Zaya. We’re just trying to figure out as much information as we can to make sure that we give our child the best opportunity to be her best self.”

Such a powerful reminder from @DwyaneWade. 💕 Wish all parents of trans children would hear — and heed — these important words. pic.twitter.com/568vmrhQzY

In the same year, he also posted photos of his then-12-year-old son to his Instagram account, praising the child as an LGBTQ+ leader while using female pronouns. He posted a picture of the child wearing a bright green tuxedo jacket and pink sash, and his caption was, re-introducing her as Zaya Wade. Furthermore, Wade similarly spoke about his biologically male child becoming who “she” is in an interview last December.

In a recent interview, he mentioned his fear concerning his daughter. He admitted he’s constantly worried about her safety because of how people “perceive her” in the world.

He said, “As blessed as it is for my daughter to have parents who can support her, I’m still afraid every moment she leaves the house. And not just because of gun violence, but because of the way people perceive her in this world.”

Wade and his wife Union said they sought the assistance of a “male couple” to help them “navigate the right language to use, the questions to ask, and what to listen for,” concerning the young child’s gender, the athlete said.

Dwyane urged lawmakers to spend a day with Zaya to understand the impact anti-trans policies have on her life. He said, “To me, it’s a joke. This is our life. We live this. When you’re out there making rules, if you’re not experiencing this. Come and live a day with my daughter. Come and see how it is to walk through this world as her.”