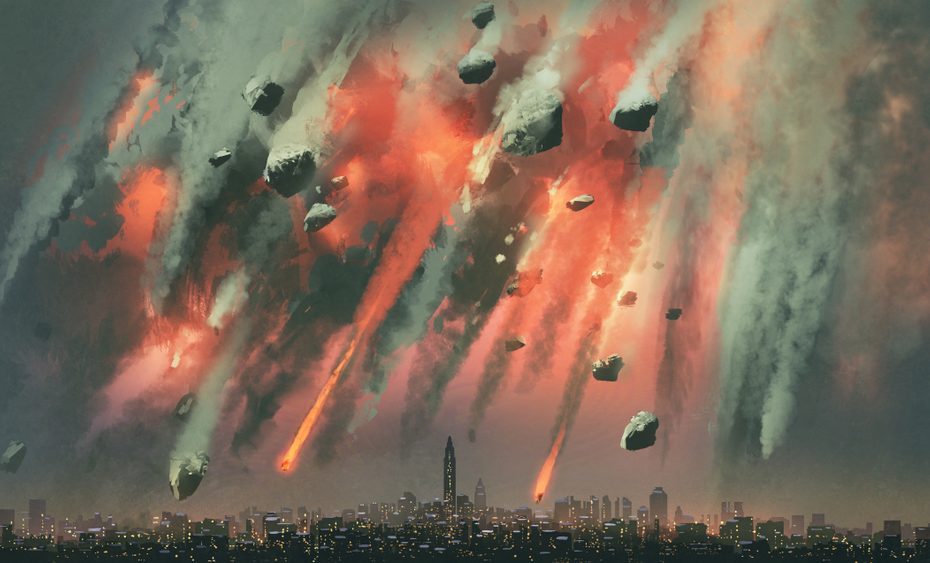 I grew up in the infancy of the video game. Space Invaders, Pac Man, Asteroids, all synonymous with my misspent youth. I was especially addicted to Asteroids. Dodging and blasting space rocks was the pinnacle of entertainment. Much simpler times.

When it comes to blasting an actual asteroid, well that is a little more complicated. Despite what we saw in the movie “Armageddon”, a manned flight and nukes might not be necessary to intercept and deflect a potentially deadly asteroid impact. Ben Affleck? We might still need him. We’ll have to see. Check this out from the Washington Examiner:

Later this month, NASA will conduct the world’s first test of a planetary defense system with a spacecraft dubbed “DART,” short for Double Asteroid Redirection Test.

The idea is to test the theory that an asteroid’s motion in space can be deflected ever-so-slightly through “kinetic impact” — in other words, by sending a spacecraft crashing into it.

This is actually a great idea. There’s no need to smash an impending threat to smithereens with nukes, rather just bump it a little and change its course. How is NASA going to test this? Is there an impending threat somewhere far, far away that they can practice on?

For the test, NASA has picked a target asteroid some 93 million miles away that poses no threat to Earth and never will.

The DART spacecraft will arrive Sept. 26 at the half-mile-wide “double” asteroid Didymos, which, like the Earth, is orbiting the sun. And also, like the Earth, it has a small moon, Dimorphos, which is about the size of a football stadium, orbiting it.

So, we have a target that allegedly has no chance of ever hitting the Earth, and we are going to hit its moon with an unmanned craft to nudge it off course, but we don’t think it will cause it to change course enough to hit the Earth. If there are Vegas odds set on NASA nudging this giant space rock and its football stadium moon into a collision course with Earth, I’m probably going to put a hundred bucks down. Hey, it’s 2022, everything is going wrong, why not this?

“We are perfectly safe from this asteroid, and nothing that we’re going to do to it will increase the hazard,” said Lindley Johnson, NASA’s planetary defense officer. “By conducting this test against the moon, just changing the orbit of the moon, we don’t change the orbit of the primary body around the sun, so it doesn’t really change its orbit relative to the Earth.”

I would feel much better about this test if NASA would STOP assuring us that nothing bad is going to happen. The more they do that, the more I assume something bad might happen. It would be SO 2022 for this test to go awry and send this space boulder into a direct collision course with Earth. The Democrats would blame Trump and climate change, the Republicans would beg Elon Musk to save us, and Ben Affleck is too busy being married to Jennifer Lopez to help.

The plan is to send the DART spacecraft, which is about the size of a car, slamming into the smaller, stadium-sized orbiting moonlet, Dimorphos, at 16,000 miles per hour, thereby altering its speed around the bigger asteroid from about 12 hours to 11 hours, 45 minutes.

If NASA can slow the orbit by as little as 7 minutes, it would be enough to make a hypothetical asteroid on a collision course miss.

So, NASA is basically sending a Toyota Camry into space to hit a giant boulder and make it 15 minutes late. The theory being if they can slow down or alter the speed and trajectory by 15 minutes, we can save Ben Affleck, and humanity. That’s certainly great news! In case anyone is interested, and since the new season of Yellowstone hasn’t started, NASA will be broadcasting the impact live September 26 at 6 EDT. No word on whether Ben Affleck is hosting. Fingers crossed.