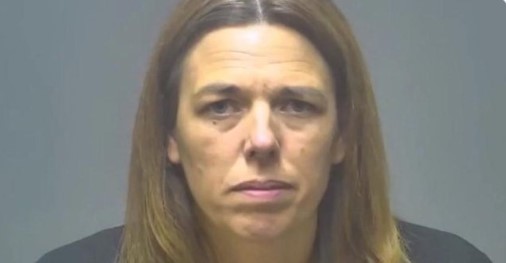 Big news from the pseudo-sports world! The race for 2022 Mother of the Year has been blown wide open as a Michigan mom has been arrested for cyber bullying her own daughter. Perhaps Casey Anthony can climb back in the race after being thought to be disqualified. Poor taste? Probably, but so is cyber bullying your own daughter!

A Michigan woman was recently arrested after federal officials claimed that she was the cyberbully who engaged in persistent harassment of her daughter and her daughter’s boyfriend for nearly 18 months.

This was no “one off” situation. This was an 18-month effort to harass and bully her own daughter online. Why not just beat her in video games, or on the basketball court? That always worked with my kids, and I didn’t land in lockup. Kendra Gail Licari, 42, of Mount Pleasant, Michigan also included the daughter’s boyfriend in the mix. Was mom playing Mrs. Robinson for the 21st century and trying to get the boyfriend for herself? Perhaps she took the song “Stacey’s Mom” to heart. Yuck. As usual, the plot fell apart. Older folks just aren’t as savvy with technology.

On Monday, Licari was arrested and charged with two counts of stalking a minor and two counts of using a computer to commit a crime. She was also assessed one count of obstruction of justice because she allegedly attempted to pin the harassment on one of her daughter’s peers. Licari was released on $5,000 bond.

David Barberi, an Isabella County prosecutor, told the media that law enforcement had compiled nearly 350 pages of harassing text and social media messages sent to the two victims, who allegedly received up to 12 such harassing messages a day. Barberi claimed that Licari would often disguise herself online by using slang and abbreviations frequently used by members of younger generations. The Macomb Daily reports that she would also make the messages appear as though they had come from out of town whenever “kids the age of the two traveled,” but it is unclear whether the targeted teens were likewise out of town at the time.

While sad and tragic for the daughter, the actual texts are probably hilarious considering a 42-year-old woman was trying to sound like a teenager.

So, I don’t know how teenagers talk either. That’s the point! This loony mom was destined to be caught because teenage slang just can’t be replicated by old people. We aren’t “down”, as the kids like to say.

Licari is scheduled to appear in court again on December 20. She faces up to 10 years for the computer crime charge and five years a piece for the stalking and obstruction allegations, if convicted.

No motive has been established, and the intent of the messages is unclear as well. What we do know is a 42-year-old woman probably just made it harder for parents of teens everywhere to talk to them. Prison seems harsh if found guilty. Perhaps mandating Licari can only use old America On-Line discs on dial up internet and must use a flip phone would be punishment enough. The 90’s were a good time, but by comparison to today’s technology seems like a prison sentence all in itself. The lesson here for all adults is clear; if you want to bully your kids, just be an adult and do it in person. We are too old for all this internet stuff anyway.