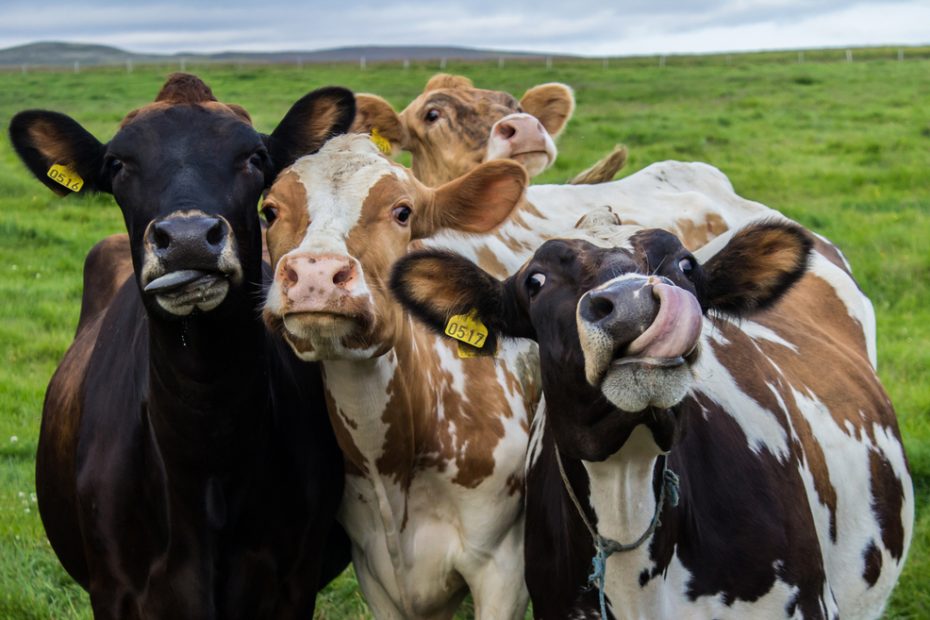 I grew up on a dairy and tobacco farm in Kentucky. We milked about 60 head of cows and sold the milk to the local dairy distributor. I’m not a big fan of dairy as a consequence; besides the unspeakable things it does to my system, I know firsthand how milk is made. When you think about milk, it’s kind of gross really. We happily drink and eat products made from a liquid squirted OUT of a large, long lashed animal. Who came up with that?

Growing up we were brainwashed into thinking that dairy was essential for strong bones. To hear the dairy industry, you’d think you would have osteoporosis if you didn’t drink a gallon a day. Whether that has turned out to be scientifically accurate or not (it’s not), one thing is certain, cows fart. A lot. Trust me on this one.

So, what do cow farts have to do with anything? Methane. Methane is a “greenhouse gas”. You know, the exact type of gas that is going to kill us all, melt the ice caps, set the world on fire and destroy the planet. Damn cow farts! On a side note, all of that extra sea water can be used to fight the raging fires. Problem solved!

Since the Democrats are dragging us kicking and screaming into an inefficient, “green” future, the next obvious target will be cows and commercial agriculture. So, while experts might be advocating eating worms and bugs, science has now developed synthetic milk. Mooove over Bossy, science is in the barnyard now! Check this out from Science Alert:

Synthetic milk does not require cows or other animals. It can have the same biochemical make up as animal milk but is grown using an emerging biotechnology technique known as “precision fermentation” that produces biomass cultured from cells.

There have been increasing calls to move beyond animal-based food systems to more sustainable forms of food production.

They are determined to wipe out natural food production and force everyone to consume the approved artificial substitute….no thanks 🖕

'Synthetic milk' made without cows may be coming to supermarket shelves near you https://t.co/ibVAvKSTAT via @ABCaustralia

Well, prior to now, I wasn’t concerned with methane emissions or animal welfare. Animals shouldn’t be on welfare anyway. Must be another democrat ploy to garner votes.

I don’t understand the science here, but I have to say I don’t like it one bit. Though I think milk squirted from a cow is gross on its face, I still feel better about my milk producer HAVING long lashes and a face.

Unlike synthetic meat – which can struggle to match the complexity and texture of animal meat – synthetic milk is touted as having the same taste, look, and feel as normal dairy milk.

Well, that’s too bad, because synthetic meat is so, uh, good? Actually, I’d almost take my chances with the worms and bugs. I don’t know what synthetic meat is made from, but I AM old enough to remember the movie Soylent Green. Spoiler alert, it was people.

It’s inevitable folks, we are being dragged into a future full of ersatz meat, weird lab grown milk, electric cars and solar panels. And for what? To have a few fewer cow farts and to defeat climate change? In other words, because we want to control the weather?

And what of the cows? We are supposed to be concerned with animal welfare, but if we stop eating meat and using real dairy, what good are cows exactly? You can’t ride them, can’t housebreak them, they don’t do any tricks.

Nope, I don’t like the future one little bit. I’m just going to go to my basement and have a big bowl of corn flakes and hide from the future. Almond milk, of course. Dairy is gross.