Mom of US Journalist Beheaded on Camera by ISIS Spends 4 Hours Talking to Her Son’s Murderer: ‘I Forgive Him’ 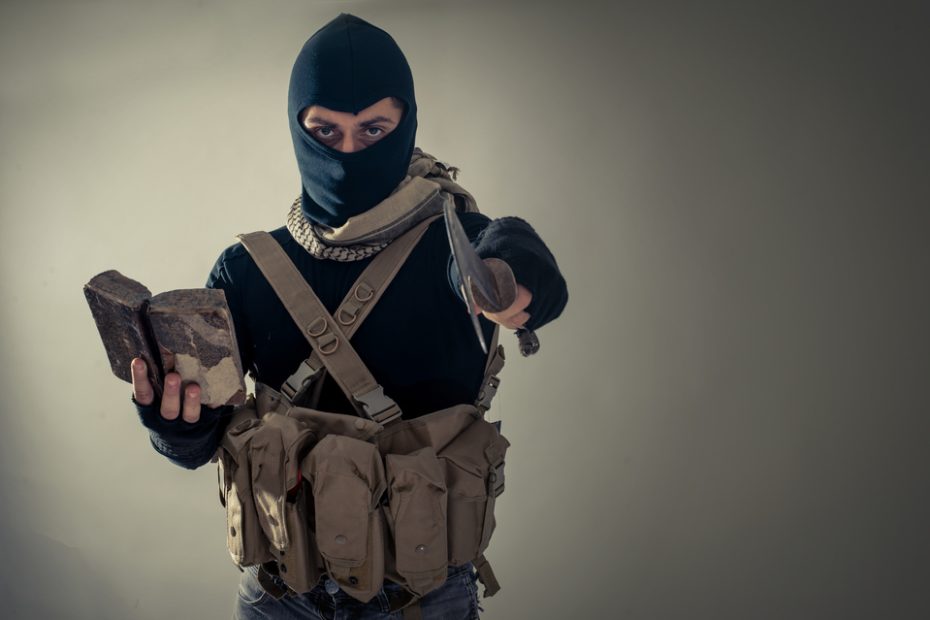 The mother of James Foley who was beheaded by an ISIS terrorist in Syria in 2014 has met with one of her son’s murderers for a 4-hour-long discussion, after which she vowed to “forgive” the evil terrorist.

James Foley was an American journalist who was captured by the Islamic State in 2012 while working as a freelance war correspondent in Syria.

For two years the group demanded $132 ramson for the men from Foley’s family in exchange for his release. During this time, US forces attempted to use paper trails to track the captive journalist’s location.

In 2014, a group of depraved Islamic terrorists from Britain dubbed the ISIS Beatles took Foley into the Syrian desert.

A British man with a ‘multicultural English accent’, known as Jihadi John, stood over a kneeling Foley brandishing a knife.

Foley was forced to read out a statement of regret before Jihadi John executed him in the clip the group entitled ‘a message to America’.

Mohammed Emwazi achieved his 15 mins of fame by beheading several victims (incl James Foley, Steven Sotloff & Alan Henning) with a knife and posting the videos on the web

Any aggression by the United States will “result in the bloodshed of your people,” vowed the vile murderer.

Jihadi John went on to slaughter 6 other Western captives before he was killed by a US drone strike in 2015.

On a cold morning in Virginia last year, Diane Foley, James’ grieving mother, met one of the men responsible for the murder of her son.

She sat opposite Alexanda Kotey, the man who had helped snatch James as he emerged from an internet café in Syria.

“It was not an easy thing to do, but it was important,” she said.

“Jim would’ve wanted me to do this.”

Seven years since her son’s death, two ex-Britons – Elshafee El Sheikh, 33, and Kotey, 38 – have been convicted in a US court for their involvement in his murder as part of the Isis terror cell.

Diane, 72, said her Catholic faith had played a part in her decision to meet Kotey to try to find her own inner peace and closure.

“He was still rather frightening to me, but of course, since I knew I was safe, and he could harm me no longer, I had some power,” said Diane.

“He’d already done the worst and taken away my loved one.”

During the four hours she spent in the small room sitting opposite Kotey, the devastated mom said she tried to express to the terrorist that James was a good man who in Syria to report the truth back to the people:

“I wanted Kotey to be confronted with the horror of what he did.

“For him to understand the goodness he destroyed and why people like James were in Syria. It’s because they cared and wanted to report the truth to the world,” she continued.

Kotey listened wordlessly before opening up about his own family:

“He said had been praying to his God for forgiveness. He shared a picture of his family, he has some young children whom he will probably never see again. It made me realise how much he’s lost by following hatred and propaganda. It made me pity him.”

Kurdish sources tell BBC Alexanda Kotey was arrested in Raqqa countryside, trying to escape to Turkey through his contacts on Turkish side pic.twitter.com/5ape98Mm1u

Despite his regret that he won’t ever see his family again, Diane said that he “never said sorry”.

“He was somber and respectful towards me and talked about remorse”, but never apologised.”

Before she left, Diane turned to Kotey and said:

“I hope at some point we could both forgive one another.”

“I don’t have to forgive you for anything.”

Diane went on to say that she forgives the men who murdered her son in cold blood:

“I know he doesn’t have to forgive me anything, but in that moment…I don’t know,” she hesitated as she collected her thoughts.

“I just feel like, as people, none of us are perfect. We all do things we regret.

“If I hate them, they have won. They will continue to hold me captive because I am not willing to be different to the way they were to my loved one. We have to pray for the courage to be the opposite.

“It’s a hard journey to forgiveness, and it’s not a done deal but it’s what I aspire to.”