Mississippi High School Student Being Praised as a Hero 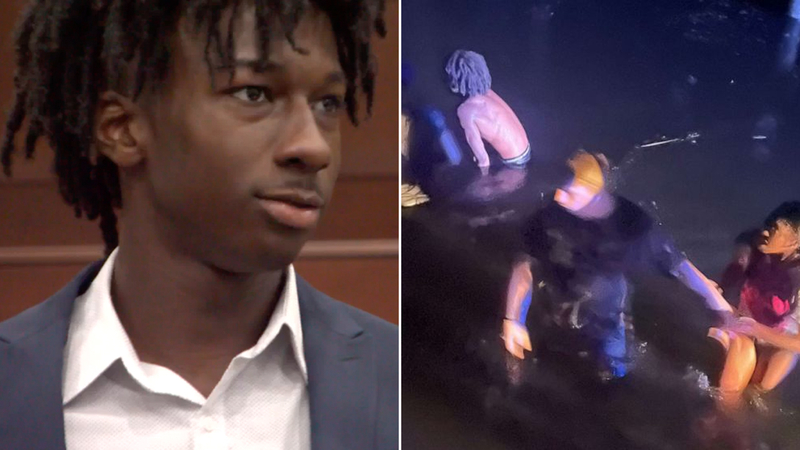 16-year-old Corion Evans is being praised as a hero in his town of Pascagoula, MS, after he bravely rescued three teenage girls and a police officer from the Pascagoula River early last Sunday morning. Evans was in the right place at the right time as the vehicle drove straight into the river off the boat launch at around 2:30 AM. The car reportedly plowed through 20 feet of water away from the shore before it started to sink. Evans, an avid swimmer since he was three years old, jumped into the river without hesitation.

Corion Evans said he immediately ran over, took off his shoes and shirt, and without hesitation, swam straight into the water when he saw the car was sinking and heard the three teenagers shouting for help.

“I was just like, ‘I can’t let none of these folks die. They need to get out the water’. So, I just started getting them,” Evans said. “I wasn’t even thinking about nothing else.”

One of Evans’ friends also jumped in and assisted in getting the three girls to safety on top of their vehicle.

After Evans jumped into the river to rescue the three teenage girls, he saw a Moss Point police officer struggling in the water. Officer Gary Mercer initially jumped into the water to save the teenagers, but after panicking to get the girls to safety, he began struggling to stay afloat. Corion Evans — after saving the girls — also helped the police officer to the shore.

“I turned around. I see the police officer. He’s drowning. He’s going underwater, drowning, saying, ‘Help!’” Evans told a local TV news station. “So, I went over there. I went, and I grabbed the police officer, and I’m like swimming him back until I feel myself I can walk.”

“The police department and I commend Mr. Evans’s bravery and selflessness he displayed by risking his own safety to help people in danger. If Mr. Evans had not assisted, it could have possibly turned out tragically instead of all occupants rescued safely.”

Cora Watson, one of the girls Evans saved from drowning, wrote a post on Facebook expressing her gratitude, saying Evans “saved my life right before my last breath. I’m so thankful for him.”

Evan’s mother, Marquita, also praised her son, saying that “he went in that water fighting to save those individuals[.] Im so proud of you son for not giving up and saving lives!!”

“[I]t was a lot of swimming. My legs were so tired after.” Evans said. “Anything could’ve been in that water,” a reference to the possibility of alligators in the river.  “But I wasn’t thinking about it.”

All three girls were taken to the hospital and are expected to recover, and Officer Mercer is expected to be back at work on the force next week. On Tuesday, Moss Point city officials presented Evans with a certificate of commendation for his efforts in rescuing the four people from the river. Officer Mercer was also recognized and commended for his “bravery in the rescue.”

This is Corion Evans.

While he was driving in Mississippi, he saw a car swerve and crash into a river. Without hesitating, he ran out, jumped into the water, and rescued three girls inside.