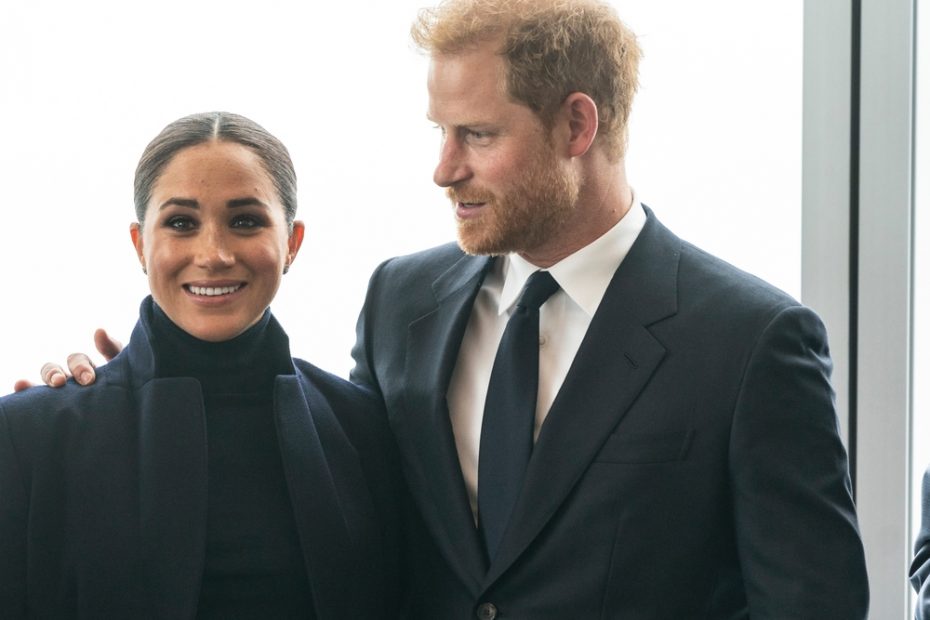 Did you know Meghan Markle has a podcast on Spotify? And the podcast is estimated to be worth $25 million somehow? And do you care? Me neither, but if you haven’t had enough of feminist tropes or a rich privileged woman bemoaning her victimhood, then ‘Archetypes’ may be for you.

Sexism is one of the topics Markle focuses on her ‘Archetypes’ podcast, and she plans to use her podcast as a vehicle to not only push her own definition of feminism, but also “rip apart the boxes women have been placed into for generations” by examining labels such as “slut”, “diva”, and the so-called “b-word”, explaining that “feminist ideology trickled down… into every aspect of my life.”

As previously reported, Markle’s debut podcast hit at number 1, knocking off Joe Rogan from the top spot, Tennis champion Serena Williams was her first guest and joined Markle in a discussion on ambition and its dark side.  However, Markle seemed to revel in her early ambition and claimed that when she was 11 years old, she sent Procter & Gamble a letter asking them to change an advertisement that her young brain deemed to be sexist.

But she claims she stumbled on a roadblock in her ambition when she met and started dating her now husband, Prince Harry. She appears to make a connection between the dark side of ambition and the Royal Family, claiming that she can’t “ever remember personally feeling the negative connotation behind the word ambitious, until I started dating my now husband.”  She added that women are not allowed to have ambition and will be made to feel bad if they possess it:

“And apparently ambition is a terrible, terrible thing. For a woman that is, according to some. So since I felt the negativity behind it, It’s really hard to unfeel it.”

Strange comments from someone who became famous because of her ambition, first as an actress, then a lifestyle website creator, then the paramour of Prince Harry and eventually his wife. Markle has been able to parlay her fame into a Netflix deal, a book deal, and now a podcast, and she’s showing no signs of stopping.

The hubris and vanity level is simply staggering.

Meghan’s podcast is just another way she can talk about herself https://t.co/oixENCma5k

As you can imagine, Royal watchers went after Meghan, and criticized her for her out-of-touch comments and her narcissism.

Angela Levin was confused by Markle’s remarks, saying that her ambition it what brought her to where she is today and “would still be a D-list celebrity if she had not married a prince,” Breitbart reports from a DailyMail article.

She added Meghan had come across as both “ungrateful and a victim” when she had ‘so many chances others had not’, adding that many royals are ambitious and have had success both in their own careers and in terms of raising money for charities.

Sophie Elsworth, journalist with ‘The Australian’ newspaper, said that the Duchess of Sussex is a “narcissist of the highest order” and her first ‘Archetype’ podcast, “absolutely awful.” Elsworth also brought up Queen Elizabeth and her struggles with one of the newest members of the British Royal Family, “I just feel so sorry for the Queen, having her part of her family.”

Yet it is Royal correspondent Richard Fitzwilliams who reminded readers that Prince Harry’s mother, Diana, Princess of Wales, was supremely ambitious and used her drive to do good work, something many people benefited from:

“There is surely nothing wrong in being ambitious and being royal, in fact the role positively encourages a member of the royal family to be ambitious to help those in need. Diana was very ambitious, her charitable work and her public profile were synonymous, ultimately fatefully so, but she did immense good.”

Given the podcast’s poor reviews it won’t be easy for Meghan to maintain Spotify’s top spot, unless listeners just want to experience the train wreck.