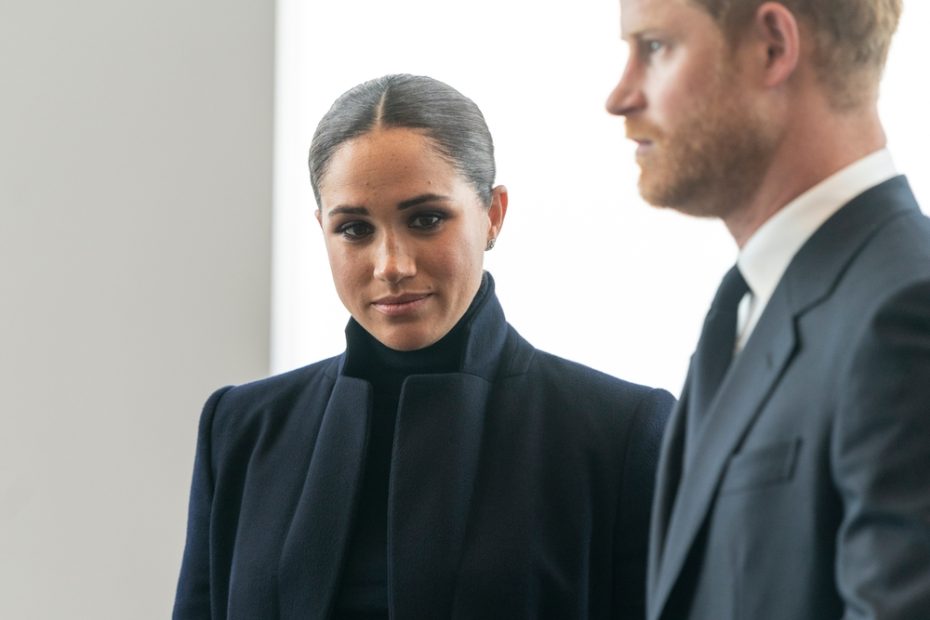 Before Meghan’s lavish, tax-payer-funded wedding to Prince Harry, the ex-Hollywood starlet reportedly thought she would become the “British Beyonce” before her expectations of what Royal life would be like came crashing back down to Earth.

According to an explosive new book, Courtiers: The Hidden Power Behind the Crown by Valentine Low, the Suits actress had unrealistic expectations of what life would be like in the British Royal Family and did not understand the duties and service to the public that were part of the package.

In extracts from the book which were published in The Times this week, Low claims that Meghan felt “concerned and misunderstood” by Harry’s family as she struggled to come to terms with the difference between a life of public service and behaving like a Disney Princess.

The book also claims that Meghan and Harry were chastised by the Queen as the late monarch gave the pair an ultimatum to decide whether they were “either in or out” of the Royal Family, as it became increasingly apparent that the Sussexes wanted to have their cake and eat it by enjoying the benefits of being Royals but shunning protocol and duties.

After Prince Harry publicly announced the couple’s choice to leave Britain to start a new (very private) life in Hollywood in January 2020, the book states that the Queen arranged a “Sandringham Summit” to discuss their future plans and intentions.

Eager to smoothen rough edges, the Queen encouraged members of the family to work together and a series of tense meetings with the premier royals and their senior staff ensued. Some of the possible solutions discussed included giving the Sussexes a month’s vacation a year during which time they could embark on their own personal agendas or stripping their duties down to the bare minimum as the Queen desperately tried not to lose her grandson.

One palace insider said that Meghan was completely unprepared for the hard work involved in being part of the Royal Family and did not understand that there were rules and protocol to follow:

“I think Meghan thought she was going to be the Beyoncé of the UK. Being part of the royal family would give her that kudos. Whereas what she discovered was that there were so many rules that were so ridiculous that she couldn’t even do the things that she could do as a private individual, which is tough.”

It comes after other extracts from Low’s book revealed more bombshells about Meghan’s alleged behavior during her short time as a working royal in London.

Low alleges the demanding Duchess left palace staff, some of whom had many years of experience, “terrified of upsetting or provoking” the Sussexes. One member of staff claimed Meghan had said to them “Don’t worry. If there was literally anyone else I could ask to do this, I would be asking them instead of you.”

What was this exchange 😬 pic.twitter.com/3EVJ7l39aP

Her harsh words promoted Harry’s brother, Prince William to tell the staffer that she was doing a “really good job”, at which she burst into tears.

And an ex-advisor to Harry claimed that before she had married Prince Harry, the Suits star spat, “I think we both know I’m going to be one of your bosses soon”.

Another anonymous staffer said of the pair:

“Every ten minutes, I had to go outside to be screamed at by her and Harry. It was, ‘I can’t believe you’ve done this. You’ve let me down. What were you thinking?’ It went on for a couple of hours.

“You could not escape them. There were no lines or boundaries—it was last thing at night, first thing in the morning.”

Meanwhile, Meghan dismissed the claims as a “smear campaign” directed against her.