Media Slammed by WSJ for Lending Credibility to DeSantis Whistleblower 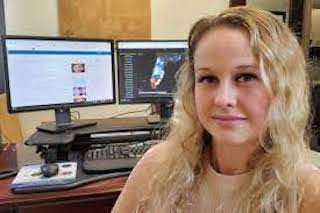 The Main Stream Media was lambasted on Friday by the Wall Street Journal for supporting the claims of a discredited whistleblower.

During the height of the Covid-19 Plandemic, Rebekah Jones, who had worked for the Florida Health Department, claimed she was fired from her job for refusing to alter Covid-19 data. After an investigation led by Inspector General Michael J. Bennett, it was determined that her allegations were completely false. “Based upon an analysis of the available evidence, the alleged conduct, as described by the complainant, did not occur,” Bennett’s report said. The governor’s office said she was terminated  for “insubordination.”

When former state health department employee Rebekah Jones claimed she was fired for refusing to fudge Covid data to support Florida’s reopening, the media reported her allegations as fact. A Florida Inspector General report has now debunked the charge.https://t.co/Ks2oBGCWD4

The Wall Street Journal’s editorial board has stated that several media sources have run this story, unjustifiably giving credit to a whistleblower’s claim that has turned out to be false based on a lack of evidence. One of those sources, NPR, wrote, “Florida Dismisses A Scientist For Her Refusal To Manipulate State’s Coronavirus Data”. Another source, Cosmopolitan Magazine wrote a glorious headliner about Rebekah Jones, which boasted, “Rebekah Jones Tried to Warn Us About COVID-19. Now Her Freedom Is on the Line.”

“Now the Florida Department of Health Office of Inspector General has exonerated Mr. DeSantis. The IG interviewed more than a dozen people who worked with state Covid data, including Ms. Jones’s supervisors. None corroborated her claims,” the editorial board wrote.

When former state health department employee Rebekah Jones claimed she was fired for refusing to fudge Covid data to support Florida’s reopening, the media reported her allegations as fact. A Florida Inspector General report has now debunked the charge.https://t.co/Ks2oBGCWD4

Rebekah Jones’ home back in 2020 was searched by police after it was discovered there was a data breach that lead to the IP address at her home address. Jones was charged with a felony for accessing and downloading confidential health department data, including personal information of employees, to which she has pleaded not guilty.

The Inspector General had interviewed more than a dozen people who worked with the state’s data on Covid-19, including Rebekah  Jones’s supervisors. None were able to corroborate any of her claims of manipulated Covid-19 data.

Some of those interviewed said she had told them she was pressured to alter Covid’s case and death counts, but these allegations didn’t make any sense, especially since she didn’t have the access needed to the raw data to make this happen. Ms. Jones, who is a trained geographer who previously worked on hurricane tracking systems, merely assisted with the Covid data’s online dashboard without clearance to alter its data.

“If the complainant or other DOH staff were to have falsified COVID-19 data on the dashboard, the dashboard would then not have matched the data in the corresponding final daily report,” the IG explained. A discrepancy of this magnitude would have been detected by the Bureau of Epidemiology, the media, and other researchers. This simply was not the case.  The Inspector General found no accuracy in any of Rebekah Jones’s claims.

These accusations helped to drive a narrative set by the left-wing media, and unfortunately, this has been an ongoing trend for a long time. It is no wonder why so many Americans have lost faith in Main Stream Media.