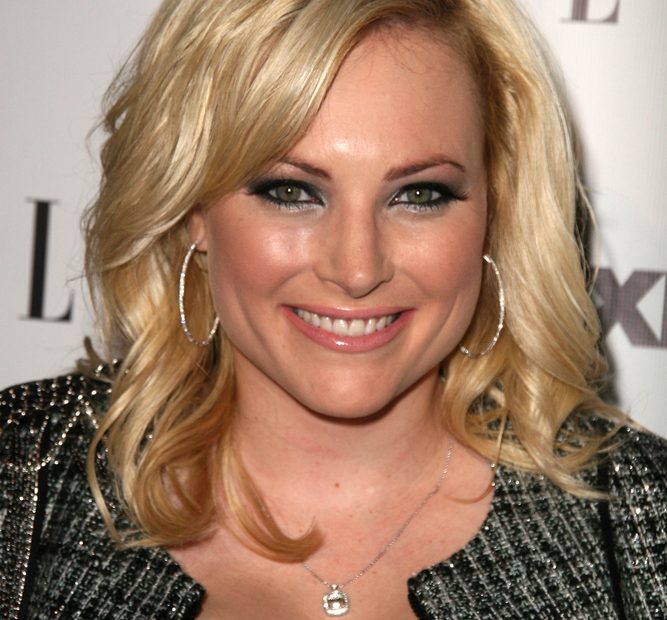 In these days of uncertainty, at least we have the cackling, obnoxious harridans of “The View” to rely upon for ridiculous statements and hypocritic actions. And the latest tidbits take us behind the scenes to when former co-host Meghan McCain returned to “The View” set after her maternity leave was over, only to discover con-host Joy(less) Behar less than excited about the comeback, allegedly telling McCain “Nobody missed you.”

In an interview with The Commentary Magazine podcast, McCain said it was this exchange with Behar that prompted her to leave the show for good in July 2021. As the DailyCaller reports from New York Post piece, McCain revealed:

“I finally went back to the show, and the day I went back to the show, Joy Behar said on air, ‘Nobody missed you, we didn’t miss you, you shouldn’t have come back,’” McCain told the podcasters. The comments from Behar were enough to make McCain realize that the job was not worth the treatment, PageSix suggested.

Despite McCain knowing just how bitchy Behar can be, she was dismayed at her words, expecting some level of support, at least a civil ‘welcome back’ and inquiry into life with the new baby, not a high-school level type of verbal attack.

“And I just… I started hysterically crying. Sorry gentlemen, I know, I started lactating on air, and I started crying,” McCain continued. She said she threw up when she got back to her office, and called her brother who finally convinced her to leave the toxic work environment, according to the outlet.

The ‘View’ panelists position themselves as feminists but assign progressive epithets to conservative and Republican women, and anyone who challenges them, whether in response to reality or concocted woke fantasies. However, while they claim to value ‘diversity,’ they, like most woke lefties, despise diversity of thought, which McCain provided the panel as the lone Republican, the token “Conservative.” Joy(less), Whoopi Goldberg, and the other panelists frequently attacked McCain for her views, often ganging up on her in a miasma of word salad screeches.

Joy Behar falls on the set of The View pic.twitter.com/BZoucdL7QF

But McCain is no pushover, and her responses to the mean girls were usually swift and succinct, relying on facts and reason to support her claim, two things that continue to elude the rest of ‘The View’ panel.

McCain reveals more behind-the-scenes goings-on in her memoir ‘Bad Republican’ and doesn’t hold back on the toxic culture surrounding the ladies of ‘The View.” Whoopi, in particular, receives much of the blame for creating the negative space, with McCain saying that, “the thing about Whoopi, though, is that she yields so much power in culture and television, and once she turns on you, it can create unfathomable tension at the table.”

Both Whoopi and Joy(less) appear unable to participate in rational discourse and view those with differing opinions with disdain at best, and a deranged type of banishment at worst: “I found her open disdain for me more and more difficult to manage as the years went on and it became more frequent. Occasionally, if the show’s political discourse veered into territory that she found disagreeable, Whoopi would cut me off, sometimes harshly.”