Man Kills Black Bear With Pistol Inside of Home 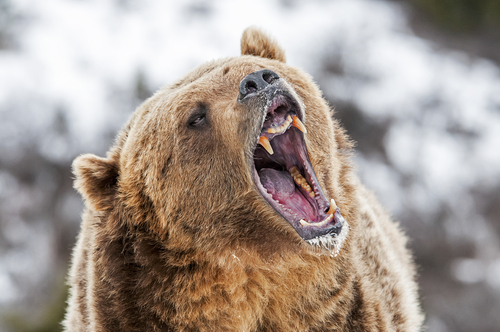 A homeowner in Colorado woke up to a scary surprise earlier in the week. According to the Associated Press, the Ken Mauldin homeowner in Steamboat Springs, Colorado, woke up to the sound of his wife yelling, “There’s a bear in the house!”

Mauldin’s wife, Kelly, was initially alerted early in the morning by the barking of the family’s dogs.

So she got up to check on the dogs but found herself staring at a male black bear that weighed approximately 400 pounds and was approximately 10 feet away in the dining area.

Colorado man shoots bear inside his home with his .40-caliber pistol https://t.co/axPbhyShOS #FoxNews

In response to his wife’s cry for help, Mauldin pulled out his pistol with a 40-caliber barrel, “took his wife’s place at the door,” and fired a single shot at the bear while aiming for the animal’s chest.

Mauldin believes his initial shot did strike the bear’s chest; nonetheless, the beast then charged him, and Mauldin resumed firing.

Mauldin was able to get within five feet of the bear before it turned and headed toward the steps that led up to the front entrance of the house. After  Mauldin finished emptying his pistol, the bear “crashed through a railing” and “slid down the steps, gravely injured.” He would go on to state the only thing that was going through his mind was how to protect his family and kill the bear.

Riveting read from @AP’s @bedaynjesse: Colorado man empties pistol to kill bear that broke into his home with wife, 3 kids inside. https://t.co/S03Zpc5Xbw

Fox News shared these helpful tips to help prevent having an encounter with a bear:

To put it simply, black bears are among the most dangerous animals that can be found in North America. When they sense that their cubs are in danger, bear mothers frequently resort to extreme measures to protect them. Mauldin, a resident of Colorado, was quoted as saying to the Associated Press, “My only thought was protecting my family and putting that bear down.”

According to the website, “Bears have a stronger sense of smell than dogs and adore humans’ food.” The “primary technique” to avoid run-ins with bears, according to the site, is to “minimize any aromas or attractants on your body, campground, or property.”

It appears the 2nd Amendment is useful after all, despite what woke liberals have to say about it!