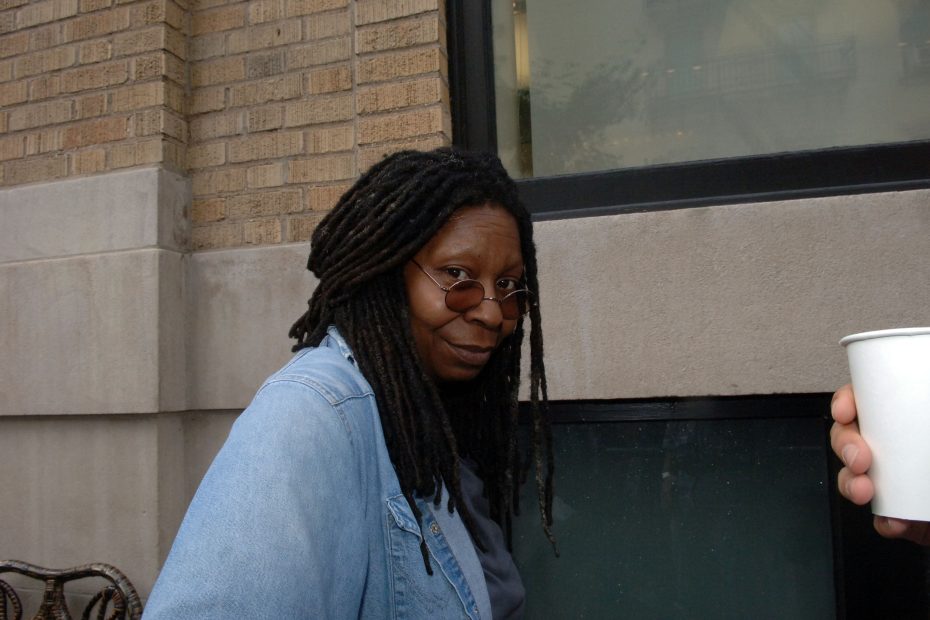 Whoopi Goldberg, one of the co-hosts of ABC’s “The View,” recently appeared in a movie about Emmet Till, playing the role of the mother in the story, Alma Carthan. That movie was reviewed by the Daily Beast, in a review titled “‘Till’ Does the Best It Can With One of History’s Saddest Stories”.

“Mamie’s journey leading up the trial is structured by conversations between her and her family members – including Whoopi Goldberg as her mother, Alma Carthan, in a distracting fat suit.”

I have not seen the movie so I cannot confirm, but if the jiggling was so distracting that Ms. Cunningham felt the need to mention it, it must really have been something.

Thing is, it wasn’t a fat suit. It was just Whoopi’s “stored calories.” What’s more, Whoopi is actually the one that came out and said the Daily Beast got it wrong and it was just her body, not a fat suit, saying:

As you can hear in the video, Goldberg went on, saying:

“I just want to let you know that it’s ok to not be a fan of a movie but you want to leave people’s looks out. Just comment on the acting, and if you have a question, ask somebody. I’m sure you didn’t mean to be demeaning.”

She also added that:

“We will hope that she just didn’t know, and now she’ll know the next time you go to talk about somebody, you talk about them as an actor. If you’re not sure if that’s them in there, don’t make blanket statements, because it makes you not sound like you know what you’re doing.”

Well, following all that, the Daily Beast had to correct the story. And that it did, saying:

Editor’s Note: This story has been updated to reflect that Whoopi Goldberg says she was not wearing a fat suit.

It also removed the fat suit claim, so that section of the review now reads:

Following Emmett’s death, however, Till settles into a more intimate story about family and community. At the fore are moving performances from Danielle Deadwyler as Mamie, Frankie Fiason as her father John Carthan, and John Douglas Thompson as her uncle Moses Wright. Mamie’s journey leading up to the trial is structured by conversations between her and her family members—including Whoopi Goldberg as her mother, Alma Carthan—her partner Gene Mobley (Sean Patrick Thomas), and civil rights leaders such as Medgar Evers (Tosin Cole), his wife Myrlie Evers (Jamye Lawson), and T.R.M Howard (Robert Guenveur Smith), who assisted in Emmett’s trial. One of the most potent scenes is a brief talk at a dining room table between Mamie and Myrlie, who bond over the unpredictability of raising a child.