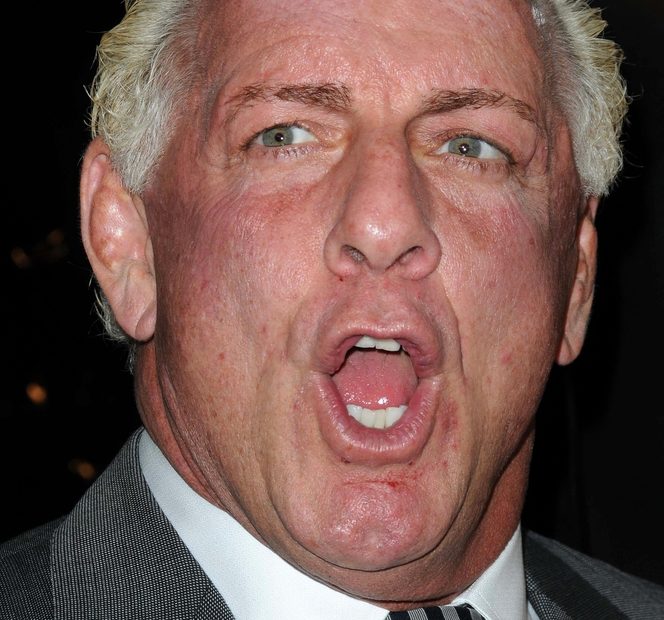 A wrestling legend is set to emerge from retirement for his final match. I wonder woo it is?

Superstar Ric Flair is woo it is! He’s announced that he’s coming back for one last match. Now 73 years old, Flair made the decision for a final match on his Twitter account early Monday saying, “The rumors are true! I’m going to walk that aisle, style, and profile one last time!”

The 16-time former World Heavyweight Champion, who many consider the best professional wrestler ever, will get back into the ring as a feature of ‘Jim Crockett Promotions Presents: Ric Flair’s Last Match’ wrestling event.

Ric Flair’s last time in the ring was way back in 2011. Woo that’s a while back!

The match will happen at the Nashville Fairgrounds in Nashville, Tennessee on July 31. The occasion will be streamed solely on FITE, and Ric Flair’s opponent is supposed to be named soon in the future.

His last match will occur the day after Nashville has WWE SummerSlam at the Nissan Stadium.

I Will Prove Once Again, That To Be The Man, You’ve Got To Beat The Man!

Now We Go To School!

Seeing Flair one last time will be a treat to many before he goes into full retirement. However, aside from the legendary wrestling status we all know and love him for, there are other fun and remarkable woo facts out there about him.

For one, he’s known as the “Nature Boy”, but did you know that he wasn’t the original “Nature Boy”, and there was one before him? Turns out, there was another wrestler by the name of Buddy Rogers who was dubbed The Nature Boy Buddy Rogers. It was at the backstage when Flair learned of this when he was told his style was reminiscent of Buddy Rogers, and so he went full speed ahead adding much of Rogers’ move set to his own arsenal including his finishing Figure-Four Leg Lock.

Flair has his own day of celebration state-wide in Minneapolis, Minnesota which was officially marked on October 19th, 1998. Ten years later, Columbia, South Carolina commemorated March 24th as Ric Flair Day and even gave him a key to the city! – WOO

Like most of us, he’s been on the hunt to find love once or twice…or five times! Woo, he’s been married five times which is nearly half the amount he’s been crowned World Heavyweight Champion. Given his nickname The Alimony Pony, his first marriage was in 1974 to Leslie Goodman while his most recent one was back in 2018 to Wendy Barlow.

Woo! If you think that’s a lot of marriages, I’d agree! However, it’s nothing compared to his early years of stardom. He’s claimed to have slept with over 10,000 women in his lifetime, but regrets revealing that since his kids and grandchildren will see it. However, this is one claim individuals are hesitant to believe, but Flair stands firm on it, even though he’s not particularly proud of it.

“What I said was the truth, but I feel bad now that I said some of it,” he said. “Ten thousand women. I wish I hadn’t said that because of my grandkids.”

Woo, that’s a lot of facts, and women! However, as you know, there are tons of more fun facts out there if you’re intrigued to do your own research such as Flair surviving a lighting strike or surviving a plane crash to him not knowing his own real name! You can look up Ric Flair and can easily find peculiar things in addition to his milestones in wrestling. One thing’s for sure, tons of fans will rave on seeing him perform one last time – Woo!