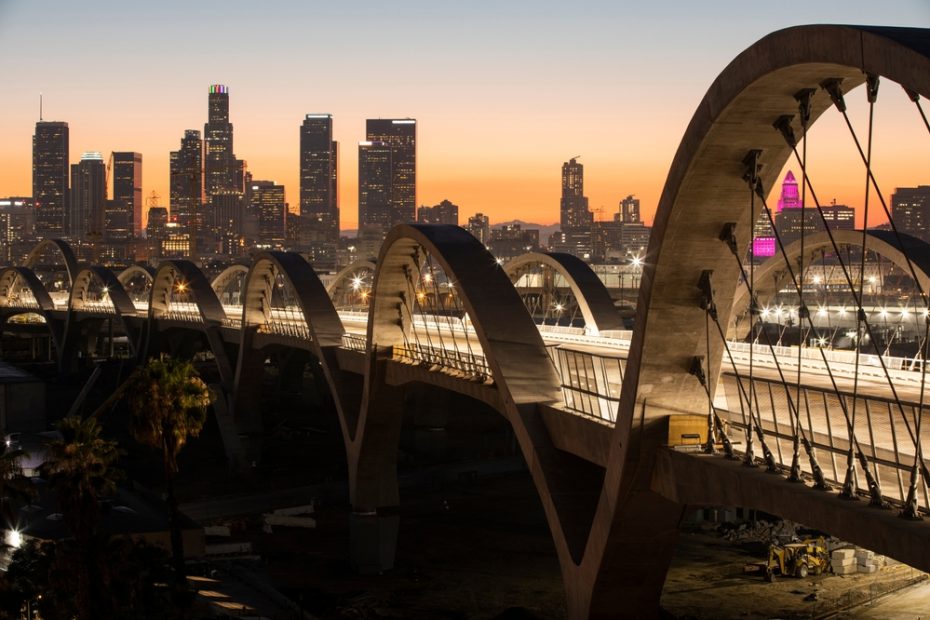 The iconic Los Angeles bridge featured in such films as “Grease” and “Terminator 2: Judgment Day” deteriorated to the point that it had to be replaced, but the new bridge in its spot has been shut down four times in five days after people continue to use it as their own backdrop for TikTok videos, drag racing, graffiti and other crazy stunts for social media.

The new Sixth Street Bridge cost the City of Angeles almost $600 million and six years to construct it and opened July 10 only to be plagued with criminal activity and social media stunts to the point that police have issued hundreds of citations, impounds and arrests.

Los Angeles Police Department (LAPD) is imploring the public for help in stopping the illegal activity and stunts as citations and arrests don’t seem to be solving the problem.  Police Chief Michel Moore said in a press conference that “we’re not going to arrest our way out of this. Despite the hundreds of impounds and citations and arrests, we still see the proliferation of this. So I’m asking for the public’s help and support and assistance.”

The city plans to install speed bumps to prevent drag racing, and a center median and fencing to discourage people from climbing the archways, according to the local Fox affiliate.

As the Daily Wire reports, people have posted multiple videos of their 15 minutes of fame, performing stunts that are both amusing and dangerous. In one video we see cars spin their tires on the pavement in order to leave “artistic” skid marks, but the zaniest video might be one where we a see a man give someone a haircut in between two lanes of traffic.

The LAPD has been having a hell of a time maintaining law and order. Just last week they arrested several people on the bridge after they essentially commandeered it for their videos, two of whom were allegedly pointing green lasers at the cops. It appears that the original TikTok videos are what’s driving the attraction to the bridge, as much of illegal activity is being committed by tourists.  DailyWire reports that one man told Fox 11 that he came with his family from Las Vegas because his daughter had seen the bridge on TikTok videos.

The new bridge is just one way Los Angeles is attempting to change people’s perception of California’s most populous City.

Future engineering plans use the bridge’s natural division to focus on the city side and the Boyle Heights side separately. On the city side plans include a rain garden, a planted seating area, a play and performance lawn, a sculpture garden, a meadow, a dog play area, an adult fitness section, cafe and restrooms, a sloped river gateway, an urban forest and terraces.

On the other side of the bridge is one of the city’s historic Hispanic neighborhoods, Boyle Heights, which will experience its own revitalization to include a skateboard area; a meadow; a picnic area; a synthetic turf soccer field; flexible courts sized for basketball, futsal and volleyball; a play and performance lawn; a children’s play area; a promenade; a landscaped seating area; an adult fitness area; a rain garden; a dog play area and grilling spaces.

After its fourth closure Tuesday night the bridge reopened on Wednesday, and it remains to be seen if people heed the police appeal or if there will be a fifth.