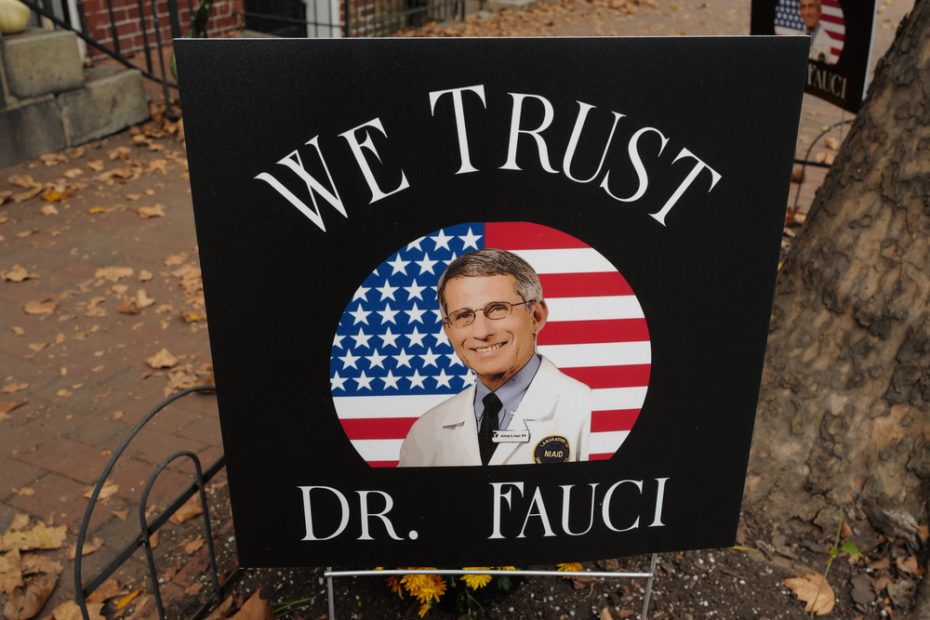 He’s considered to be a “saint” by some, someone whose words are gospel for we mere mortals, and now he’s been knighted an “American Master” according to PBS who are putting the final touches on a documentary spanning 14-months of his life and work.

Who is he? Why none other than National Institute of Allergy and Infectious Diseases (NIAID) director Dr. Anthony Fauci, whom PBS deemed interesting enough to warrant a documentary which will debut on both television and movie theatres in spring 2023 as part of the “American Masters” showcase.

The vomit-inducing title, “Tony – A Year in the Life of Dr. Anthony Fauci,” is expected to show “a rarely seen side of the scientist, husband, father and public servant,” announced PBS president and CEO Paula Kerger to a group of TV critics.

Fauci, 81, is the administrative state’s highest paid functionary and has advised seven presidents during his tenure as NIAID head. He recently announced his plans to retire by the end of President Biden’s term. During his lengthy career he’s led research in HIV/AIDS, respiratory infections, Ebola, Zika and the coronavirus but not without controversy. According to Children’s Health Defense, Fauci’s focus on more expensive jabs rather than repurposing or researching inexpensive treatments is a pattern that started during the AIDS epidemic in the 1980s and continued during coronavirus pandemic starting in 2020.

As Breitbart reports, the announcement claims the film follows Fauci “at home, in his office and in the corridors of power as he battles the ongoing COVID-19 pandemic and the political onslaught that upends his life and calls into question” his long career as the nation’s leading public health advocate. The documentary begins at Sleepy Joe’s inauguration in January 2021 rather than during Trump’s term in office and ends during the spring of 2022.

So a government taxpayer-funded entity puts out a documentary promoting the highest paid federal worker of all time https://t.co/wioJetQUpi

Fauci joins a myriad group of illustrious figures in the “American Masters” series, including singer Roberta Flack, and interviews with Rev. Jesse Jackson, Clint Eastwood, Yoko Ono, Angela Davis, Eugene McDaniels, Joel Dorn and Peabo Bryson, according to the announcement. The Fauci puff piece is directed and produced by Mark Mannucci who also directed an “American Master” documentary on another doctor, James Watson, who along with Francis Crick, co-authored the paper presenting the famous DNA double-helix structure.

PBS promises drama in the documentary, but a subject who is “candid, truthful and passionate.” The piece that nobody asked for features Fauci in “heated discussions about the vaccine with Black residents in downtown Washington, DC “and the NIAID director presenting his version for “how the NIH-funded lab in Wuhan, China, could not have created a virus that made COVID-19.”

The PBS piece also shows how Fauci faced “vitriol, political backlash, and the threats against his safety and that of his family,” but also him as a repentant, a man “who admits on camera how he would have done things differently in hindsight.”

It’s not clear whether the taxpayer-funded documentary will cover Fauci’s flip-flopping on key details of the coronavirus’ origins, his knowledge of the role of natural immunity in preventing reoccurrence of the illness, or why fifteen days expanded to over a year to flatten the curve.