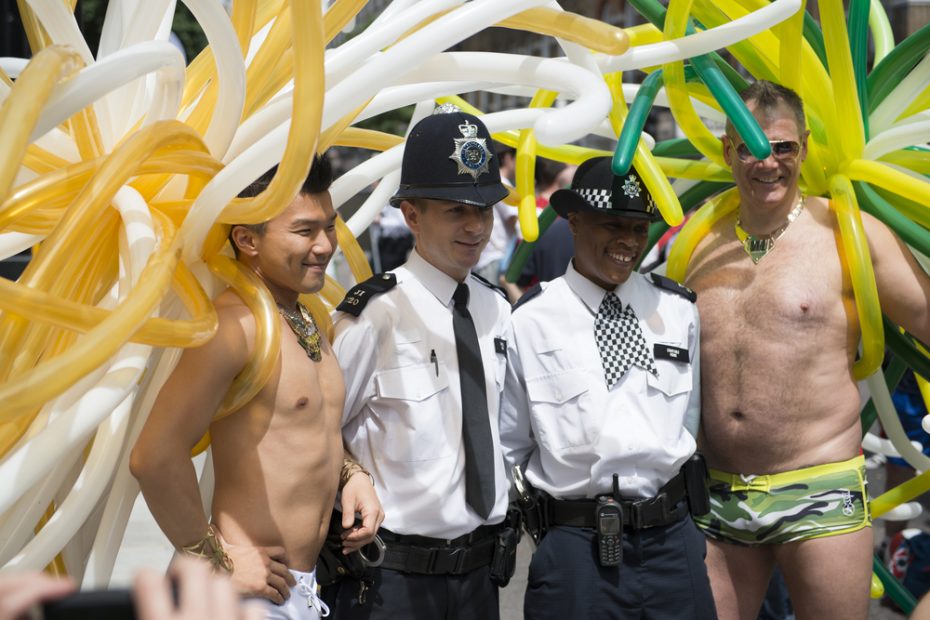 Right-wing commentators say “lawless Britain” has spiraled out-of-control thanks to woke policing and open borders as a little girl was murdered by a gang in Liverpool and groups of thugs run riot in British cities.

Nine-year-old Olivia Pratt-Korbel was murdered by a gunman in her own home by British gangsters who were engaged in a ‘tit-for-tat’ gang war.

A man dressed in a black balaclava had broken into the little girl’s home as he searched for rival gang-member, Joseph Nee, 35, who is reportedly a career criminal who spent a significant amount of time in prison but had been released.

Nee fled the balaclava clad man, who is still on the run, as Olivia lay dying from her wounds. Nee was also shot and is now receiving treatment for his wounds in hospital.

He was sentenced to ten years for a string of gang-related burglaries across North-West England.

This is 9-year-old Olivia Pratt-Korbel, shot dead in what her family thought was the safety of her Liverpool home when a stranger, a gunman, forced his way in. Her devastated primary school says she "had a beautiful smile, a lovely sense of humour, and a bubbly personality" pic.twitter.com/UtUNa47Vg1

Olivia’s murder is one of three fatal shootings in the city of Liverpool in just a week as crime in England’s liberal-run cities hits breaking point, proving that when you have the wrong type of people around combined with woke leadership, tighter gun laws won’t protect your family.

Despite the illegality of handguns across Britain, Dr Robert Hesketh from the School of Justice Studies told the BBC that in Liverpool a cheap gun can be obtained for about $177 with “a bit of asking around”.

Meanwhile, in Muslim mayor’s Sadiq Khan’s London, there have been numerous fatal stabbings and at least two shootings so far this month.

A 15-year-old boy was stabbed to death in North London on August 4. Just the next day, a 39-year-old man was rushed to hospital with serious stab wounds while the same day a man was shot dead by police as he “waved a gun in the street”.

Thank God for CCTV. These are very clear images.
Let’s hope the killer is caught, convicted, jailed and then the key is thrown away.
RIP Thomas O’Halloran x pic.twitter.com/TgQnqDokZs

Thomas had mobility issues and was repeatedly stabbed in the chest and neck as he rode his mobility scooter.

Byer is set to face trial for his murder in May.

Just a day after the vicious stabbing, Labour Party mayor, Sadiq Khan came under fire for Tweeting about a thunderstorm heading for London.

One Twitter user wrote: “How should old men on mobility scooters stay safe from being stabbed to death? London is a hell hole now.”

Another posted: “I’d focus on pensioners being brutally murdered in broad daylight rather than rainstorms”.

Many have blamed the surge in crime on the encouragement of woke, soft policing.

Ex-Brexit Party leader, Nigel Farage blasted a video which emerged on social media of a British police officer grinding against a gay pride reveler earlier in the summer.

Another video was also posted of police dancing the Macarena at another Pride event which sparked further controversy.

Richard Tice, leader of the Reform Party posted a clip of a gang of youths jumping the counter and snatching burgers at a McDonalds:

Lincolnshire citizens will be fuming their police waste their time on this nonsense rather than patrolling streets, preventing crime & catching criminals.
Shocking https://t.co/twdYnFOsU7

“Lawless Britain,” he posted. “Police no doubt dancing in some woke parade whilst Notts McDonalds being mobbed and robbed”.

It comes as Britain continues to face an influx of hundreds of illegal migrants on a weekly basis in a crisis that Farage called an “invasion” yesterday.

“We are literally now directly importing criminality on a huge scale,” he continued.

“This isn’t just a crisis, it’s an emergency”.