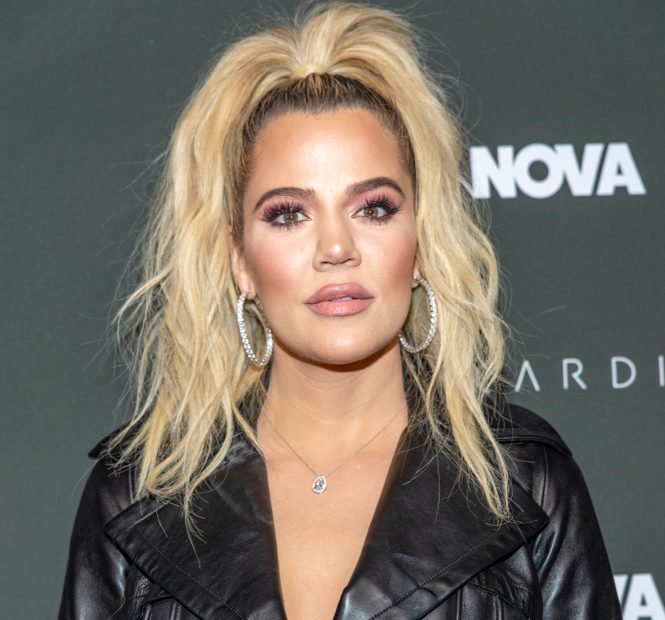 It has been revealed that Khloe Kardashian is expecting a baby via surrogate with her cheating boyfriend, Tristan Thompson.

The 38-year-old model and businesswoman announced that the birth of the child is imminent. The baby was conceived in November and according to TMZ may have already been born.

The reality star has had an on-off relationship with love rat and Tristan, 31, since the pair began dating in 2016 as the Chicago Bulls bad boy was continually caught cheating.

The couple have a 4-year-old daughter, True Thompson and the pair have long discussed expanding their family on the hit show The Kardashians, but Khloe’s dreams were shattered when Tristan got another woman pregnant last year.

He was involved in a love scandal when he fathered a son, Theo, last December with model Maralee Nichols, who he met at his 30th birthday party at his home in Encino, California.

Tristan later claimed he had only been intimate with Maralee once and issued a public statement of apology to Khloe:

While he acknowledges that Theo is his son, Tristan is yet to meet his child.

Khloe Kardashian is expecting a baby via surrogate with her ex and baby daddy Tristan Thompson pic.twitter.com/G0zhrMiJ2J

The NBA star also has another 5-year-old boy called Prince with model Jordan Craig, who had been pregnant as the Lothario began to date Kloe in a very tangled and messy web of discarded women and babies.

The womanizing bad boy reportedly cheated on Khloe numerous times including with New York City strip club worker, Lani Blair while Khloe was pregnant with their daughter True in 2018.

A whole string of cheating rumors about Tristan followed, with reports he had been unfaithful to Khloe with a long list of women, but the pair stayed together until 2019 when Tristan was caught kissing Jordyn Woods at a house party.

Despite his appalling behavior towards Khloe over the course of their relationship, the Kardashians strangely seemed to primarily blame the women Tristan had been involved with upon discussing his rocky relationship with Khloe on the reality series.

Despite the cheating, the coupe re-kindled their romance during the Covid pandemic and reportedly spent lockdown holed up together along with True, but in 2021, the rollercoaster relationship came to an end once more.

Khloe Kardashian and Tristan Thompson are expecting baby no2 via surrogate 👶🏼

E! News confirms: “True will have a sibling who was conceived in November. Khloe is incredibly grateful to the extraordinary surrogate for such a beautiful blessing.“ pic.twitter.com/DYiHH7YOq8

On studying the baby timeline, it appears the decision to surrogate the child came before the turbulent pair’s last split in the summer of 2021, sparking rumors that things might not all be well despite the happy news.

“We can confirm True will have a sibling who was conceived in November,” a spokesman for Khloe told E!

“Khloe is incredibly grateful to the extraordinary surrogate for such a beautiful blessing. We’d like to ask for kindness and privacy so that Khloe can focus on her family.“

While Tristan continues to attend family events and embraces his role as a father, an insider has told the MailOnline that the pair are not back together, and the baby was conceived before the news broke that Tristan was expecting a child with Maralee.

Khloe said she has “become numb” to the pain Tristan’s cheating has caused her, adding:

“When you’re hurt so many times — your reactions, your responses to the same thing happening over and over again — there is a numbing sensation to it.”