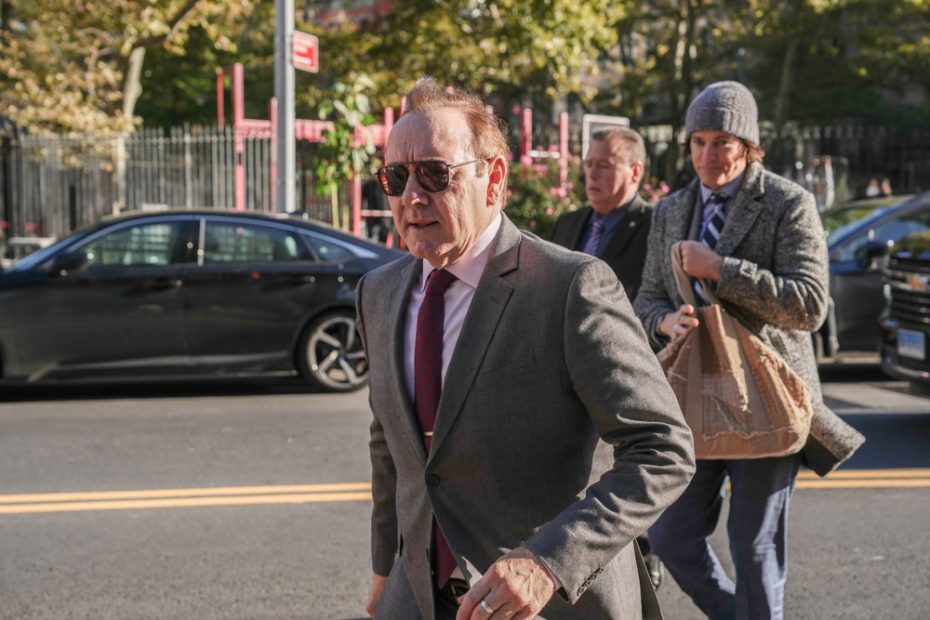 A forthcoming independent British thriller will include Kevin Spacey. The actor will play for the first time in a motion picture since a $40 million civil sexual misconduct lawsuit against him was dismissed last month. In addition, it comes a week after news broke that Spacey would be charged with seven additional sex charges in his U.K. lawsuit, all of which involved the same purported victim.

Spacey, 63, will play a voice-only character in the Cupsogue Pictures production “Control,” Fox News Digital revealed on Monday. This week’s filming is anticipated to be the last for the Gene Fallaize-written and -directed movie.

In “Control,” Lauren Metcalfe plays Stella Simmons, the British government’s home secretary, “she drives home one night whilst engaging in a secret love affair with the Prime Minister (Mark Hampton),” according to a press release.

According to the press release, Spacey’s character, who is playing another man, knows about her secret and “has been badly affected by it.” He wants revenge on Stella for her part, so he plots to remotely-hijack her fully self-driving car, and takes control of it, forcing her on a rampage through the streets of London, using the car she’s trapped in as a deadly weapon.

Anthony Rapp, an actor, had sued Spacey, and that claim was dismissed in October. Assault, violence, and inflicting emotional distress from Spacey were said to have occurred when Rapp was 14 years old in 1986, according to the allegations.

“I am deeply grateful for the opportunity to have my case heard before a jury, and I thank the members of the jury for their service,” Rapp wrote on Twitter after learning the trial’s verdict. The goal of filing this action, which is a part of a wider effort to end sexual assault in all its manifestations, has always been to raise awareness.

“I pledge to keep on advocating for efforts to ensure that we can live and work in a world that is free from sexual violence of any kind. I sincerely hope that survivors continue to tell their stories and fight for accountability,” he said in a statement.

Five years ago, Rapp leveled the allegations against Spacey in an interview with Buzzfeed. In response, Spacey said in a statement that he did not recall the encounter but also expressed regret for the occurrence.

The “American Beauty” actor refuted the allegations when Rapp, a prominent Broadway actor, launched the case against him in 2020.

Rapp, 50, and the former “House of Cards” actor both gave testimony during the three-week trial. When Spacey and Rapp were both working on Broadway in the 1980s, Rapp claimed during his testimony that Spacey invited him to a party at his apartment.

The “L.A. Confidential” actor disputed the claim and stated that he would never find a teenager attractive.

Regarding allegations that he sexually assaulted numerous individuals in the U.K., Spacey is still facing a new trial in London. He entered a not guilty plea in July, and his trial is scheduled for the following year.

U.K. authorities claimed earlier this month that Spacey will face charges in Britain for seven further sex offenses, all of which involve the same purported victim. There are now 12 accusations against Spacey in the UK.

Spacey is accused of three counts of indecent assault, three counts of sexual assault, and one count of inciting another person to engage in sexual behavior without their consent, according to the British Crown Prosecution. The allegations concern events that occurred between 2001 and 2004.

The writer and director of “Control,” according to Variety, claimed that while the Spacey incident was a factor, “I wouldn’t say it was a concern.”

Fallaize told the newspaper, “He’s one of the greatest actors of our generation. His personal life aside — it’s something I can’t comment on and have no knowledge of — it’s an opportunity to work with one of the acting greats.”   Variety reports that Fallaize had Spacey in mind when writing the script.