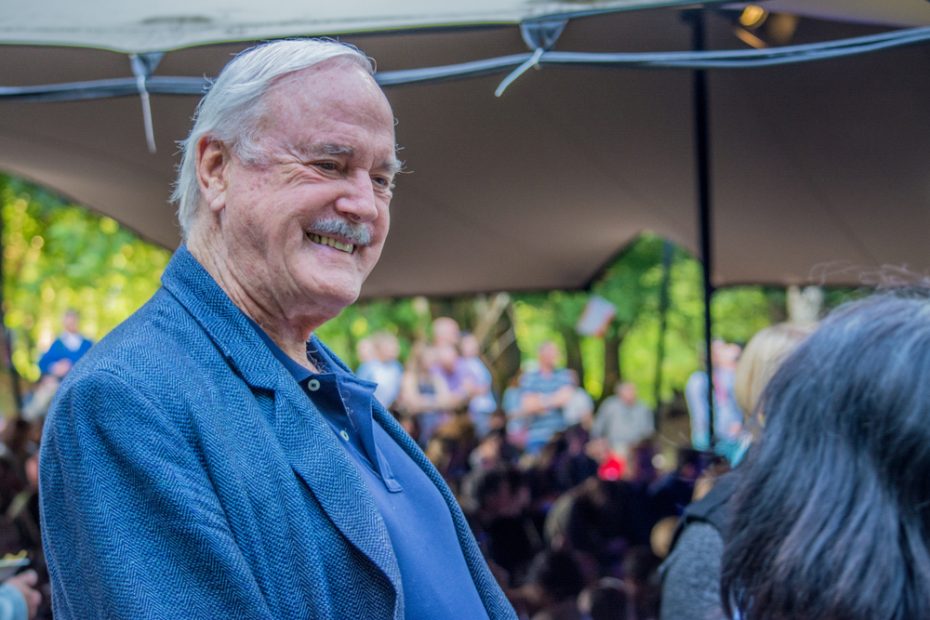 Faulty Towers and Monty Python star, John Cleese has said cancel culture is having a “disastrous” impact on comedy, especially for young comedians.

The 82-year-old actor who has enjoyed a comedy career spanning 6 decades hit out at the woke establishment for cancelling comedians who use supposedly ‘offensive’ jokes or material which don’t adhere to political correctness.

Speaking to Fox in an exclusive interview, the star who once infamously goose-stepped in front of shocked German guests as ranting Faulty Towers hotelier, Basil Faulty said that comedians are no longer awarded the “freedom to be funny”:

“There’s always been limitations on what they’re allowed to say,” said Cleese who rose to fame in the 1960s with the comedy group, the Monty Python team, who he met while they studied together at Cambridge University.

The show was abhorred among the more strait-laced 1960s adults, but a favorite for the 60s youth who considered it a poke at the staid and stuffy British society of the time.

“But I think it’s particularly worrying at the moment because you can only create in an atmosphere of freedom, where you’re not checking everything you say critically before you move on. What you have to be able to do is to build without knowing where you’re going because you’ve never been there before,” he explained.

He went on to say that comedians shy away from edgy material out of fear, which results in a watered-down and boring end product:

“That’s what creativity is—you have to be allowed to build. And a lot of comedians now are sitting there and when they think of something, they say something like, ‘Can I get away with it? I don’t think so. So and so got into trouble, and he said that, oh, she said that.’ You see what I mean? And that’s the death of creativity.

I apologise to anyone at Cambridge who was hoping to talk with me, but perhaps some of you can find a venue where woke rules do not apply

“So I would say at the moment, this is a difficult time, particularly for young comedians, but you see, my audience is much older, and they’re simply not interested in most of the woke attitudes. I mean, they just think that you should try and be kind to people and that’s no need to complicate it, you know?”

The A Fish Called Wanda star explained that the woke establishment and media has led to comedians resorting to using a “critical mind” when writing or performing comedic content, which is in “direct opposition” to working creatively.

“You can do the creation and then criticize it, but you can’t do them at the same time. So if you’re worried about offending people and constantly thinking of that, you are not going to be very creative. So I think it has a disastrous effect”.

The elderly actor said he’d now rather read a book than watch comedy and that he felt “great sadness” when considering the future of comedy: [There are] “very, very few really goof comedy scripts” these days, he said:

“Everything is more politicized now”.