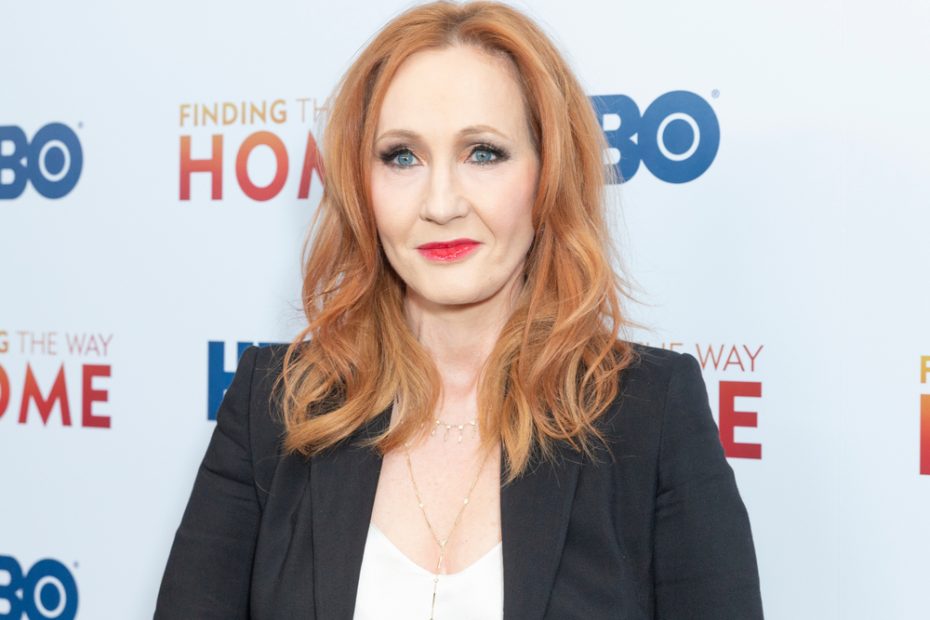 Harry Potter author, J.K. Rowling has opened up in a rare interview about her ongoing row with woke social media trolls and the actors from the movie franchise who have accused her of transphobia.

Rowling, who has sold over 500 million copies of her Harry Potter books worldwide has experienced a never-ending crusade against her on social media which began after she slammed an article on Twitter for not using the word “woman”, but instead using the phrase “people who menstruate”.

Her comments received a whitewash of abuse by a mob of aggressive wokes who accused her of so-called ‘transphobia’.

More recently, Rowling, 57, received vile death threats from Islamic extremists after she posted a Tweet in support of Sir Salman Rushdie who was stabbed by a Muslim terrorist.

“Feeling very sick now. Let him be ok”, she Tweeted following the attempted murder, which prompted an Islamic extremist to reply “Don’t worry, you’re next”.

‘People who menstruate.’ I’m sure there used to be a word for those people. Someone help me out. Wumben? Wimpund? Woomud?

Speaking on the Graham Norton show over the weekend, Rowling said she thinks social media can be good for light debates but can also attract toxic individuals:

“Social media can be a lot of fun and I do like the pub argument aspect of it.

“That can be a fun thing to do. But there’s no doubt that social media is a gift for people who want to behave in a malign way.”

When asked if she thought platforms could do more to remove trolls, Rowling said:

“I think on one level I’m not sure I can.

“I’m not sure any individual can. I try to behave online as I would like others to behave. I wouldn’t ever want to… I’ve never threatened anyone, obviously, and I certainly wouldn’t want anyone to go to their houses or anything like that.”

She went on to clear up a rumor that she had been canceled from attending the recent Harry Potter reunion documentary because of the movie’s stars’ criticism of her anti-woke views.

While many thought the franchise’s creator had been banned from appearing in The Return To Hogwarts show, she said she had opted not to be in it:

“It was about the films, not the books, quite rightly. That was what the anniversary was about.”

The stars of the Harry Potter movies, who all made millions for playing characters that she created, lashed out at Rowling for daring to suggest that women are women.

In 2020, Daniel Radcliffe, who played Harry, piped up that “trans women are women. Any statement to the contrary erases the identity and dignity of transgender people and goes against all advice given by professional health care associations who have far more expertise on this subject matter than either Jo or I.”

But in yesterday’s interview, Rowling said she supports the freedom of expression and thought but merely wants to protect the rights and safety of biological women:

“I stand alongside the brave women and men, gay, straight and trans, who’re standing up for freedom of speech and thought, and for the rights and safety of some of the most vulnerable in our society: young gay kids, fragile teenagers, and women who’re reliant on and wish to retain their single sex spaces,” she told Norton.

“Polls show those women are in the vast majority, and exclude only those privileged or lucky enough never to have come up against male violence or sexual assault, and who’ve never troubled to educate themselves on how prevalent it is.”