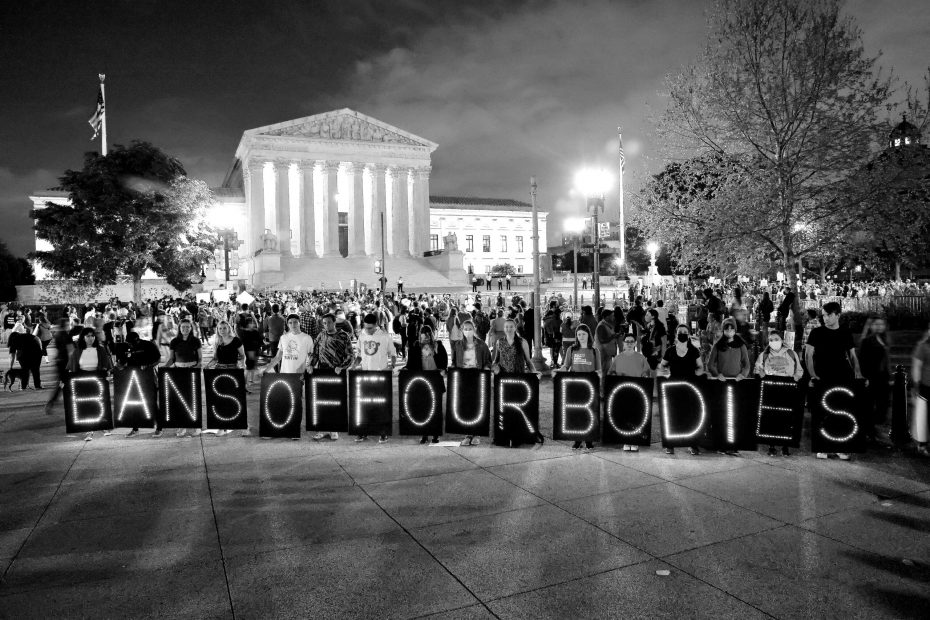 A Synagogue in South Florida has recently filed a lawsuit against the state of Florida, seeking to decriminalize the killing of pre-born babies. this comes on the heels of the state’s new 15-week abortion ban, which the synagogue claims violate the “religious freedom” of Jews.

The L’Dor Va-Dor Congregation of Boynton Beach filed the complaint in Florida’s 2nd Circuit Court on June 10, which seeks to obstruct the enforcement of HR 5, which was signed into law by Gov. Ron DeSantis on April 14 and goes into effect on July 1. The HR5 bill bans abortions by 15 weeks of pregnancy.

According to the filing by L’Dor Va-Dor,  Jewish law sometimes requires an abortion; the new Act impedes Jews from practicing their religion:

“In Jewish law, abortion is required if necessary to protect the health, mental or physical well-being of the woman, or for many other reasons not permitted under the Act [HR 5]. As such, the Act prohibits Jewish women from practicing their faith free of government intrusion and thus violates their privacy rights and religious freedom.”

The plaintiffs in the lawsuit go on to assert that their congregants and others “who do not share the religious views reflected in the Act will suffer additional irreparable harm by having their religious freedom under the Florida Constitution violated.”

The lawsuit also declares that HR 5 “threatens the Jewish people by imposing the laws of other religions upon Jews.” Um, what?

In recent years, the same case has been made by professed Satanists, who have also argued that any restriction to the killing of pre-born babies is a violation of their religious beliefs. In 2015, the Satanic Temple, based in New York City, filed a federal lawsuit against the state of  Missouri, claiming that the state that restricted abortion violated their rights to the free exercise of satanism. They actually lost and the courts ruled to dismiss the case.

In 2020, the satanic temple launched a campaign titled Satanic Abortions Are Protected by Religious Liberty Laws, and just last month they announced an attempt to evade the expected overturning of Roe v. Wade through a “religious exemption” so that members of the temple can continue to perform its “religious abortion ritual” every place possible in the U.S.

According to Fr. Frank Pavone, national director of Priests for Life, abortion is not entirely a religious issue,  it also has to be governed by scientific principles. “First of all, we’re talking about an action that is the killing an innocent human life,” he said.

From the Priests for Life website, “The question of when an individual human being’s life begins has to be a scientific one, and the simple fact is that no modern medical text shows life to begin at any time other than the moment of conception. The fact that life begins at conception is a proven scientific fact that all the pro-abortion rhetoric in the world can’t alter.”

Father Frank Pavone, national director of Priests for Life, explains why abortion is such a grave offense not only against God but also against human reason. Why, then, do people do something that deep down they know is evil? @frfrankpavone pic.twitter.com/SZbuncztZo

Frank Pavone explained,  “the government can still restrict someone’s religious freedom precisely out of the duty to protect others. And in this case the state [of Florida] is asserting that interest. It’s a compelling interest, and it’s an interest in protecting human life.” Abortion in its essence is the taking of a human life. It really is that simple.

Last month, more than 140 Jewish organizations, including the Anti-Defamation League, sponsored what they called a “Jewish Rally for Abortion Justice” which supports the position of the L’Dor Va-Dor’s lawsuit, stating “abortion access is a Jewish value” and “banning abortions is a religious freedom issue.”

Reproductive freedom is a Jewish value. We're proud to join @NCJW at The #JewishRallyForRepro today! Even if you're not in DC, you can still join – make your voice heard in the fight for abortion access by attending virtually. Register at https://t.co/ewj20C4Kb7 pic.twitter.com/gXOYnYJzUW

While 83% of Jewish Americans believe the killing of pre-born babies should be legal in all or most cases, this does not apply to all Jews, most especially those in orthodox or Hasidic communities.  In response to the Jewish Rally, Orthodox Rabbi and longtime pro-life hero Yehuda Levin denounced the movement, calling it “blasphemous,” “dishonest,” “totally duplicitous,” and “totally untrue.”