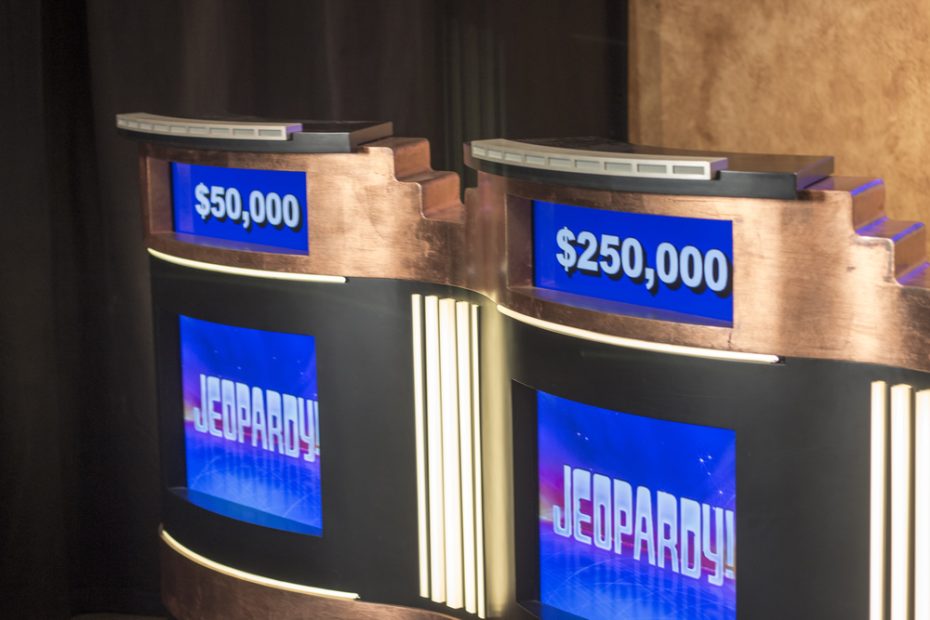 I used to be a huge fan of Jeopardy. Not because I was any good at it, rather it kept me humble. Half an hour an evening was all it took to remind me that I’m not very smart. Probably could’ve just asked my friends. Oh well.

I fell off Jeopardy when legendary host Alex Trebek passed away. That was super sad, watching Trebek deteriorate, knowing he was dying. What is: “I teared up on his last show?”

Subsequently, in a genuinely brilliant marketing ploy, Jeopardy began rolling out guest hosts. Joe Buck, Aaron Rodgers, Dr. Oz, LeVar Burton, Katie Couric was among the wannabes’ that the producers trotted out. Some good, some bad. Personally, I loved Rodgers, but he still has a full-time job.

Recently, Jeopardy announced a new permanent host(s) for the show moving forward. That’s correct folks, we have two. Who were the lucky pair to land the coveted position? Let’s check with the New York Post for the “not phrased as a question” answer:

Current “Jeopardy!” hosts Mayim Bialik and Ken Jennings will reportedly keep their jobs as the permanent hosts of the beloved game show, according to multiple media reports.

Bialik will stay on to host primetime editions of the show, as well as the upcoming “Celebrity Jeopardy!” expected to come to ABC, according to Variety. Jennings, meanwhile, will also stay on so that Bialik can continue to film her Fox sitcom “Call Me Kat,” according to the Daily Mail.

It sort of makes sense that Jennings would land the hosting gig, he WAS the greatest player in show history. The dude is a literal encyclopedia of information. He must be a blast to hang out with.

Bialik, besides having an extremely difficult last name to spell, starred in Blossom and Big Bang Theory. Unpopular opinion, but the latter is unwatchable. I would literally rather watch grass grow, or The Price Is Right.

Jennings perhaps shouldn’t get too comfortable in the host chair (did Alex sit?), as I’ve seen Bialik’s show “Call Me Kat”. Woof. I can’t believe it is still on, but the bar is incredibly low for network television these days, so go figure.

Both Bialik, 46, and 48-year-old Jennings’ trial runs have been far from flawless. Earlier this month, producers had to intervene when Bialik wrongfully declared a contestant’s answer to be incorrect.

The clue read: “From a Latin word for ‘to clock,’ it’s the type of care given to seriously ill patients to provide comfort without curing.”

Contestant Andie Huskie then answered, “What is palliative care?” — pronouncing it differently.

However, he then corrected his solution to “palliative care” pronounced correctly before time ran out.

What is: I have no freaking idea? Told you I wasn’t very smart! Interesting situation however, as I assumed the hosts had the answers handy. Oh well, everyone makes mistakes. Except Alex. He never made mistakes.

During a Double Jeopardy round, a clue for “Active Bible Verses” read: “Since no one had done this for 40 years, God told Joshua to get a knife & do this to male Israelites.”

Contestant Erica Weiner-Amanchi then buzzed in and said: “What is circumcise?”

I swear I’m not making that up! It’s a circumcision joke, and the contestant’s name was “Weiner”. Too perfect. Kudos to Jennings for at least attempting to make a joke. Myself, I’d have made a “wiener” joke and likely been politely escorted from the building. That’s why I don’t host Jeoapardy! That, and I’m not very smart.

Congrats to Jennings and Bialik and best of luck following an American institution in Alex Trebek.