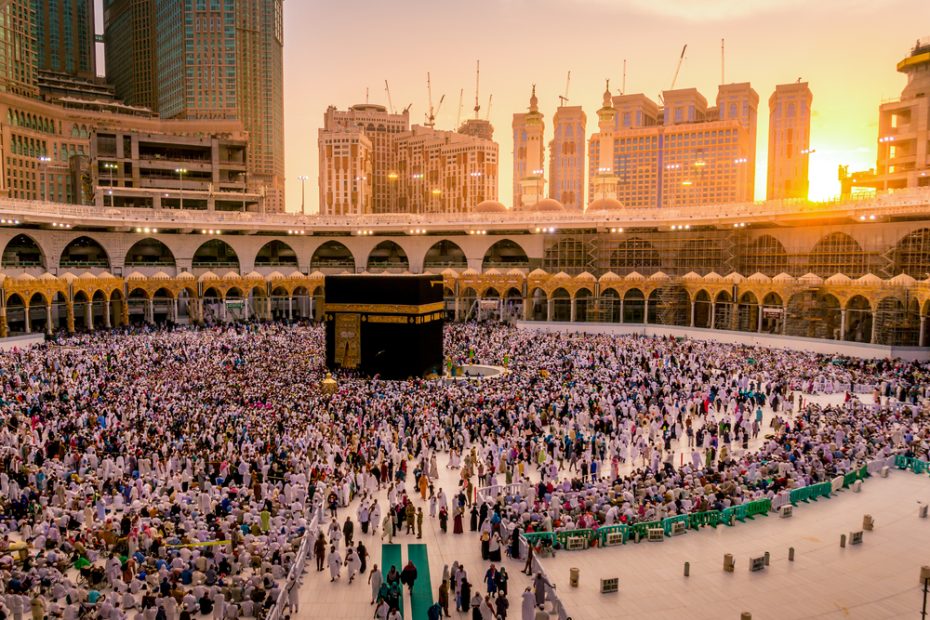 An Israeli journalist who was in Saudi Arabia covering President Brandon’s visit to the oil-rich nation provoked an uproar after he sneaked into Mecca, which is banned to non-Muslims, to film the Haj pilgrimage.  The violation was discovered after one of Israel’s main news stations aired a video segment of him and a guide inside Islam’s holiest city.

Journalist Gil Tamary, who works for Israel’s Channel 13, angered many in the Muslim world, especially in Saudi Arabia, forcing apologies from Israel.

In the video, Tamary exlaims, “I am the first Israeli journalist on the spot to broadcast these images and in Hebrew. This whole thing is illegal.”  He whispers first in Hebrew, then in English, in order to avoid detection.  While Tamary’s face was revealed in the video, his local guide was blurred to hide his identity.

At one point the guide touches Tamary’s shoulder, an apparent agreed upon “sign” to indicate “time to leave” due to too much attention being drawn to the pair.” Apparently, according to Tamary, the guide “had heard one of the religious people say that I need to be approached to see if I am a Muslim. We have raised suspicions here and we are escaping.”

This Israeli journalist snuck into Mecca, Islam’s holiest site, despite an entry ban for non-Muslims pic.twitter.com/3ocGxkd9co

Tamary’s employer Channel 13 issued an apology for “offending Muslims”, but it stood by Tamary’s report and defended journalistic freedom.  In a statement the news outlet said:

“The visit of our world news editor Gil Tamari to Mecca is an important journalistic accomplishment, which was not meant to offend Muslims. We apologize if anyone was offended. To clarify: journalistic curiosity is the very soul of the journalist profession. The principles of journalism are rooted in reaching any location and documenting events firsthand.”

However, the reaction in the Twittersphere was swift and harsh, with the hashtag “Jew in the holy mosque” trending following the video’s release. Mohammed Saud, a pro-Israel Saudi blogger, recorded a video of himself denouncing the segment, using Hebrew to call Tamary’s entering Mecca “disrespecting Islam,” and Tamary himself, “rude.”

“My dear friends in Israel, one of your reporters entered the holy Muslim city of Mecca and filmed without any shame. That’s like me entering a synagogue and reading the Torah. Shame on you Channel 13, you should be ashamed of yourselves, disrespecting Islam like that. You are rude.”

However, as religious scholars have pointed out, Saud’s analogy is inaccurate since there is nothing in Jewish or Israeli law to prevent a Muslim from entering a synagogue.

Some Israeli journalists slammed Tamary, with one calling his actions “a shame for journalism.” Israel’s regional cooperation minister Esawi Freij, a Muslim, criticized Channel 13’s airing of the segment, calling it “irresponsible, “damaging,” and done merely for ratings. He added that the stunt could damage Saudi Arabia’s joing the Abraham Accords which would normalize ties with Israel.

Tamary defended himself, saying that all is wanted to do was “showcase the importance of Mecca” and in turn the beauty of Islam. The video, he said, “allowed many people to see, for the first time, a place that is so important to our Muslim brothers and sisters.”