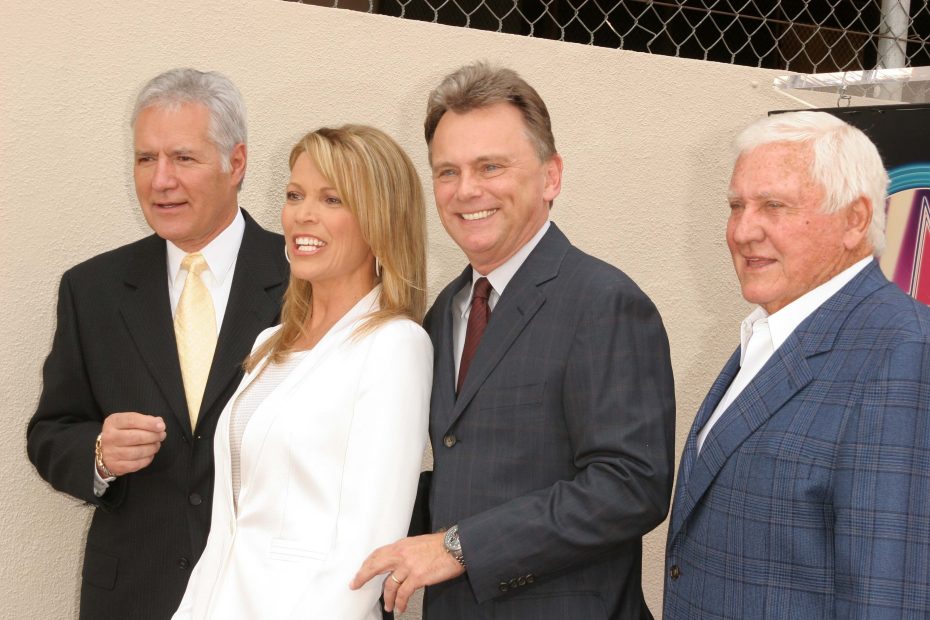 Pat Sajak is the host of Wheel of Fortune, the fun show that everyone who stayed home sick from school and tried watching daytime TV has seen, getting surprisingly interested in watching Sajak and the contestants has  buy vowels and win sometimes huge, glamorous prizes. In fact, he’s been running the show and entertaining audiences for a whopping forty years. That’s four decades of hosting the same TV game show!

Turns out, he’s also a conservative. In fact, he’s even more willing to step up and help push conservative causes than the average right-of-center bloke: he’s a board member for Hillsdale College and has held that position at the conservative college since 2003!

So he’s been a prominent conservative for a long time and an entertaining game show host for even longer. And, predictably, now the far left is attacking him. Why? Because he dared to take a picture with a member of Congress, Georgia’s Congresswoman Marjorie Taylor Greene. Here’s that photo:

Predictably, woke Twitter and leftists online went completely berserk over the photo, even going so far as to try and make “white supremacist” connections.

Fortunately, MGT didn’t back down or otherwise bow to the left. She instead fired back on Twitter with a message of defiance, saying:

There is nothing more pathetic and hypocritical than the left’s whiny cancel culture.

Great stuff! Not only is it defiant, but phrased like it’s from Wheel of Fortune! I say MGT wins this week’s prize, hopefully Mr. Sajak agrees.And in case the powers that be delete the above tweet, here’s what she said:

There is nothing more pathetic and hypocritical than the left’s whiny cancel culture. I’d like to solve the puzzle please.

Well, conservative members of Congress. Will all those who took pictures with hate-mongers like Ilhan Omar be canceled? Methinks not. She’s not only “diverse,” but is to the left of Karl Marx.

In any case, Sajak might soon be leaving the game show he’s run for four decades. Fox News Online, reporting on that, said:

The game show host of more than 40 years said the “end is near,” as he hinted he’s ready for one last spin, according to “Entertainment Tonight.”

“Years go by fast. We’re getting near the end. It’s been a long [time]. We’re not going to do this for another 40 years. The end is near,” the TV icon indicated.

“It’s an honor to have been in people’s living rooms for that long. People were out there welcoming us. We’re happy and proud.”

However, both Sajak and his cohost, White, have renewed their contracts through the 2023-24 season, so they’ll  be around a bit longer unless the cancel culture goons succeed in attacking them.