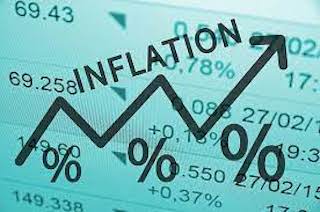 The New York Times has recently published an Op-Ed which claims inflation is actually a good thing because it will lead the way to greener diets for Americans and the rest of the world, leading to a meat-free lifestyle which will contribute to the greater good. Okay.

Just as late night propagandist Steven Colbert cheered for higher gas prices and suggested people buy a Tesla if they want to avoid paying $15 a gallon for gas, the NYT Op-Ed has a familiar stench of elitism.https://t.co/HY0LHwGUpo

Much like the late night host Steven Colbert told his audience that everyone needs to go out and buy a Tesla while he praised high gas prices, this op-ed piece had the same tinge of obnoxious elitism that seems to plague so many on the far left.

The insufferable Stephen Colbert states that paying $10 or $14 a gallon for gas the right thing to do, we all should buy a $100,000 Tesla like he drives. What Biden, Colbert and others conveniently forgot to mention is that fossil fuels are so much more than gasoline!

The United Nations along with many other globalist foundations have been attacking the diets of people worldwide for decades now, which is at the core of the UN’s Climate Change Agenda. According to the UN, “A global shift towards a vegan diet is vital to save the world from hunger, fuel poverty and the worst impacts of climate change”.

A main focus of the UN’s climate change agenda calls for the end of industrial farming and meat production in the name of reducing our “carbon footprint.”

According to the NOAA, the temperature of the earth has only risen 1 degree in the last century, which is hardly alarming, and throughout history, changes in the Earth’s weather have occurred without the consideration of human activity. There is no substantial evidence that supports claims of man-made carbon having any significant affect on the current and historical minor temperature increase of today;  there are only assumptions,  and these are solely based on correlation.

Climate change propaganda continues to be utter nonsense and yet still be lapped up by the gullible. https://t.co/n1ZnORXAdm

This fact won’t stop the climate change left wing nuts from praising  economic decline, though. If they weren’t able to force the Green New Deal down our throats, why not try  economic collapse?

In the New York Times Op Ed, it was suggested that the United States reintroduce the Lever Act. What is the Lever Act? well, the Lever Act, or the Food and Fuel Act which originally passed in 1917, used wartime conditions to ration food and fuel and allowed the government to take control of agricultural production, which reduced meat production. It also empowered the  government  to confiscate agricultural resources to prevent people from hoarding these resources. The New Times Op-Ed piece states, “There was huge cultural buy-in to the idea that collectively, we could make small sacrifices — which is how people saw giving up meat — and we’d make the sacrifices in the name of a greater good and get something done…”

So what they are suggesting is, climate ideologues and militant vegans should support government actions that violate private property and business rights because it was done in the past. In 1917, and it was constitutionally problematic then.

There are many  studies  linking veganism to higher rates of depression and higher chances of irritability and anger.  Their anti-meat campaign can be considered an environmental  religion of sorts, which might help to explain a lot about their behavior, and why their obsession with the climate is fanatical — and hysterical.