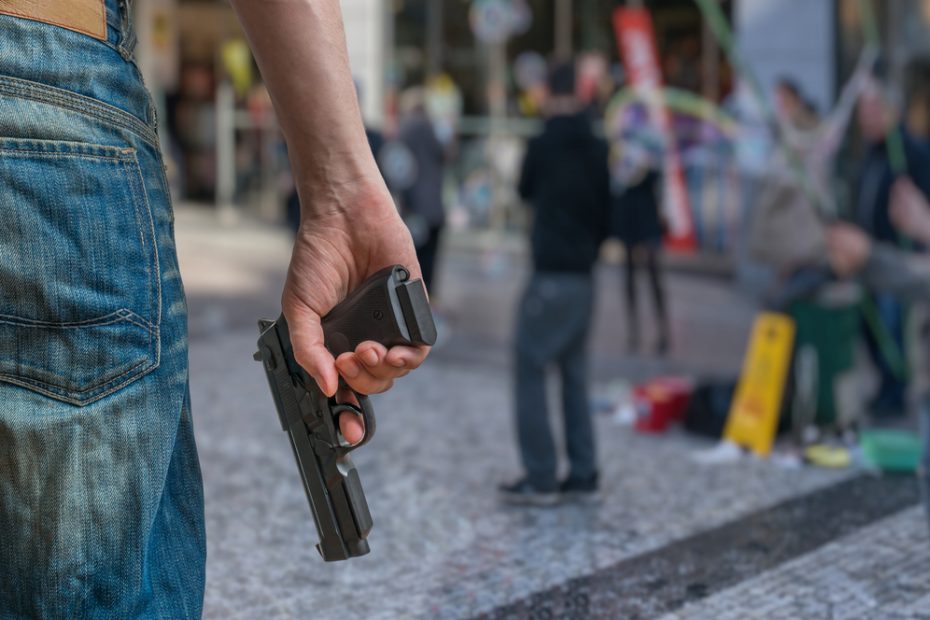 Steve Keely of Fox 29 shared an absolutely incredible video out of Philadelphia recently, one that shows a man who was approached and savagely attacked by two thugs fighting them off rather than tamely going along with their predations, sharing the video and saying:

WATCH: PHILADELPHIAN FIGHTS BACK. Guy in blue shirt being held up takes gun away from first robber in hooded shirt & 2nd gunman runs out of suv behind stop sign to help. As victim on his back is kicking first robber, he fires on his back at 2nd robber 1/2 ⁦@FOX29philly

WATCH: PHILADELPHIAN FIGHTS BACK. Guy in blue shirt being held up takes gun away from first robber in hooded shirt & 2nd gunman runs out of suv behind stop sign to help. As victim on his back is kicking first robber, he fires on his back at 2nd robber 1/2 ⁦@FOX29philly⁩ pic.twitter.com/GzJ0zYjH9d

The video itself is awesome, showing what advantage being able to fight has: rather than be robbed or perhaps even murdered, the man was able to fight off the two thugs that attacked him and escape with his possessions and life.

Commenting on the video and describing what happened, iHeart said:

Surveillance video released by the department shows two men exit a dark-colored SUV and approach the victim. One of the men attempted to rob the victim at gunpoint, but the victim fought back. He tried to wrestle the firearm away from the suspect as the other man rushed over and opened fire.

The victim was struck twice but managed to pull out his own gun and return fire. Police said that the suspect appeared to have been shot at least once. Both suspects then jumped back into the SUV and fled the scene.

When officers arrived, they found the victim with gunshot wounds to his buttocks and left ankle. He was transported to the hospital and is listed in stable condition.

According to the police, who released the video in an attempt to help find the escaped suspects, both of the suspects in the video were Hispanic men with black hair and thin builds. The police described the events similarly, saying:

Video of the incident reveals two male offenders exit a dark colored SUV, possibly an Infiniti. Offender #1 attempted to rob the victim while he was standing on the sidewalk and a struggle ensued. The victim managed to wrestle a firearm away from offender #1 just as offender #2 began firing shots from his own firearm, striking the victim two times. The victim returned fire and appeared to have struck offender #2 at least one time. Both offenders retreated to their dark colored SUV and fled south on the 5400 hundred block of Erdrick St.

Sadly, the incident is not all that out of the norm for Philadelphia, which, according to Fox News, has gotten quite violent as of late:

“As of Sunday, [Philadelphia] citywide robberies involving a gun spiked 63.21% year-to-date, rising to 1,526 from 935 reported during the same period in 2021, according to public police statistics. There have been 2,233 reported shooting incidents citywide year-to-date, a 6.59% increase compared to the 2,095 incidents reported during the same period last year, according to the data. Citywide shooting victims also increased 4.24%…”

The victim, though found injured by the police and transported to a hospital, is in stable condition.