If You Think Food Prices Are Insane Now, You’ve Seen Nothing Yet 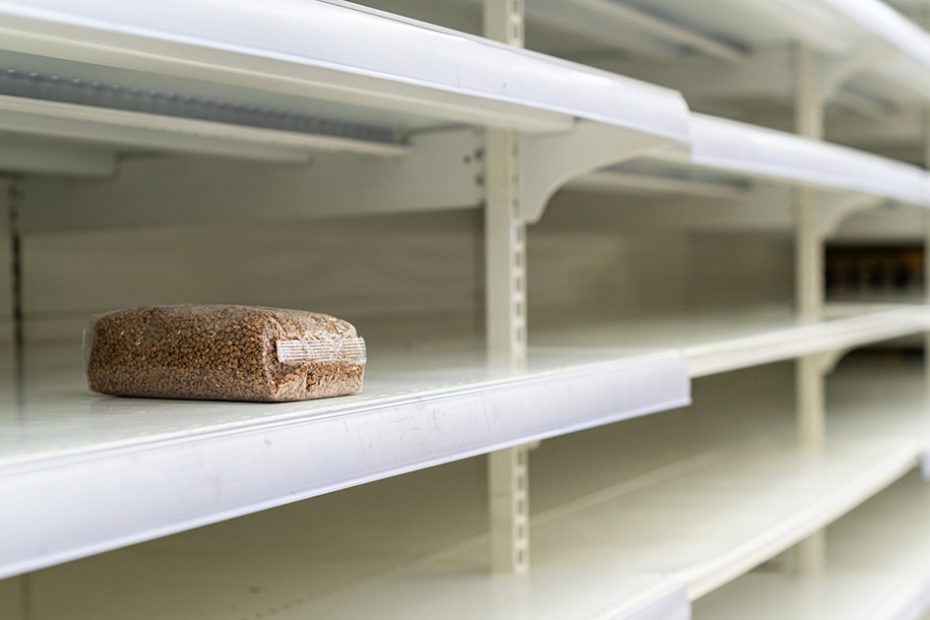 Let’s face it. We are drowning in a recession the current administration has denied for several months. Everything costs a whole lot more than it did even six months ago. And even though the price at the pump has come down some, it’s nothing to be bragging about since the price of gasoline is still nearly a dollar more than it was a year ago. But things are about to get a lot worse, and many Americans are unprepared for what’s about to come. This isn’t doomsday prep conspiracy talk; it isn’t even skeptical speculation. This is based on simple supply and demand and material shortages worldwide.

I really think we should be worried about food shortages in the coming days! Most parts have been hit by prolonged dry spells, many food crops have died off prematurely in Gardens …Worst in Gomba!
Enjala ani amuwadde akatebe🥱
These cows are literally eating dust.
🎥 Courtesy. pic.twitter.com/yDvaAH1tNY

So many people are unaware that, for the most part, we are still eating off a food supply grown and harvested in 2021. Unfortunately, less food is being produced throughout 2022 than was initially forecasted, which will cause a global food crisis in 2023. Not only are ongoing droughts devastating crops in the United States and Europe,  the continuing war happening in Eastern Europe is restricting the trade of all agricultural goods from Ukraine. With the price of several fertilizers necessary for harvesting crops having more than quadrupled, it is affecting farmers all over the globe. In the upcoming year and for the foreseeable future, there will be much less food to go around, and what food there will be available for consumers will be outrageously expensive. Things are not looking good at all.

The cost of living for many people is already out of control. If you are not fortunate enough to own your home and have to rent, the median monthly cost of a rental across the United States for the first time is now $2,000.00, according to a report in Zero Hedge. Rents in most cities across the country are now higher than before the pandemic.

According to the Social Security Administration, the median salary for US workers is just under $35,000.00 a year. How can anyone be expected to afford $2,000.00 a month for a place to live?

Our standard of living is being systematically eroded, and it all seems like it is conveniently by design. The Biden Administration, at this point infamous for touting lies, tells us that we are at 0% inflation, and this is not true. Grocery inflation has hit an all-time high in 43 years and has risen since 1979. Many of us have to work two and three jobs to meet our monthly bills and pay for food, but with the prices of basic necessities rising, many of us will struggle even more.

“It’s a bogus math trick. This is the overall one-month index change. Overall that means that the big drop in fuel oil and gas (following previous massive monthly increases) swamped the huge increases everywhere else,” wrote Jeffrey Tucker, president of the Brownstone Institute think tank and columnist for The Epoch Times.

Greg McBride, Bankrate Chief Financial Analyst, told the Epoch Times, “Consumers are getting a break at the gas pump, but not at the grocery store. Food prices, and especially costs for food at home, continue to soar, rising at the fastest pace in more than 43 years.”

People have been panicking about a potato shortage in Idaho in the past few days, but most people do not realize that the shortage was caused by a massive heatwave last summer.