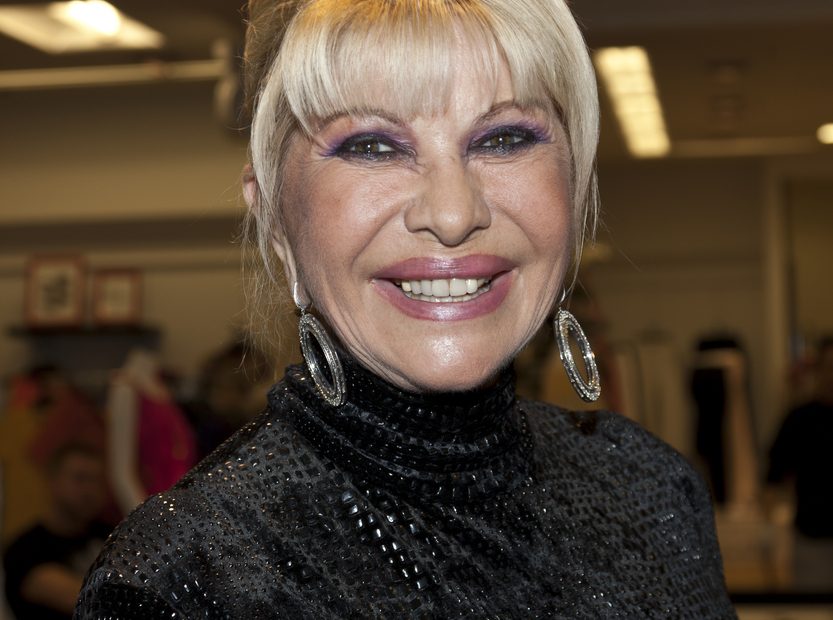 Close friends of Ivana Trump have revealed new insights into the final few days of her life before she suffered a fatal fall down a “treacherous” winding  staircase.

The tragic and untimely death of Donald Trump’s first wife Ivana, 73, shocked and surprised everyone around her. Close friends described her as a friendly, socially active individual who appeared healthy.

According to those around her, while Ivana had grown more frail during the Covid 19 pandemic – which she reportedly took very seriously and feared catching the virus – she had begun to emerge from her home more in the weeks leading up to her death, and had been planning a relaxing vacation to St Tropez as a special treat.

She had not taken a vacation since the start of the pandemic in 2020.

But tragedy struck on Thursday when the mom-of-three was found dead at the bottom of her ornate, winding staircase in her Manhattan townhouse.

Ivana Trump’s reveals she always feared the socialite would trip down her stairs pic.twitter.com/tC6LtRf8LN

Ivana’s friend and close confidant, Nikki Haskell said she had had a bad feeling about the stairs for a long time:

“I have to tell you something — that has always been my fear. She had one of those really beautiful staircases that was impossible to walk down,” she told Extra on Friday.

“Narrow in the inside and wider as it got out. I was always afraid that she would fall. I don’t know what happened, but it’s not hard for me to believe that’s what happened — treacherous stairs.”

Medical examiners have ruled that Ivana died from an accidental fall which resulted in numerous injuries. Her body was discovered at the bottom of the stairs by a member of staff on Thursday.

Haskell explained that Ivana had become frightened of catching Covid in the couple of years before her death and the former New York socialite spent much of her time alone in her home:

“The past couple of years, she became very reclusive… She had a big townhouse and she was really afraid of getting the virus, much more so than anybody I know,” explained Haskell.

But Ivana would take daily walks with the help of a health aide and would also visit a hair salon on a weekly basis. She’d been visiting the same salon for 20 years to get her signature style.

She had a salon appointment at 2pm on the Thursday she was found dead.

On 6pm Wednesday evening, Ivana took her usual walk with her aide. They stopped in Alesti on East 64th Street where she stopped to order her favorite carrot soup to take home:

“She did not come in”, the restaurant owner, Paolo Alavian told the New York Post.

“I bumped into her outside. I said, ‘Señora, how are you? Good?’ She said, ‘I just went for my walk,’ and we chat couple of minutes as a common thing we always [do].”

Her friends noticed that the glamorous ex-model had aged dramatically over the course of the Covid lockdowns and had been  struggling with her mobility more:

“She seemed a little down, she seemed frail. ‘She had difficulty walking. We had to help her home.”

Ivana is survived by her three children who were fathered by Donald Trump – Donald Jr., 44, Ivanka, 40, and Eric, 38. She also leaves behind 10 grandchildren.