Huggy Wuggy Isn’t As Innocent as His Name Portrays 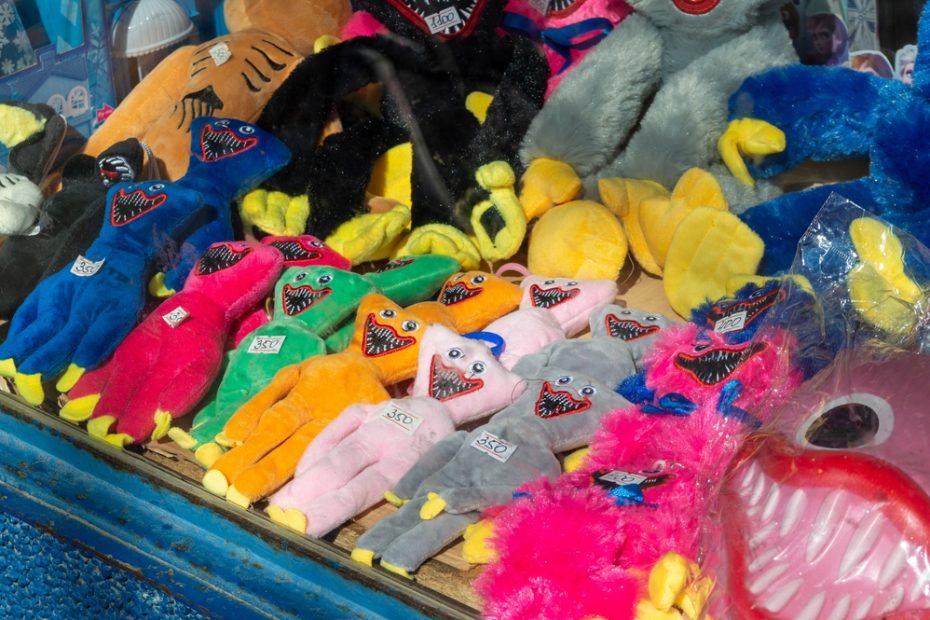 Police in England are warning parents and teachers about a viral cartoon character from a game that is being shared by pre-school and early age kids called “Huggy Wuggy”.

The character is from a very popular video game called Poppy PlayTime, which is accessible on the internet and in apps on smartphones. Apparently, all the kids are talking about it, but it’s supposed to be a game for adults.

“I found this drawing in his bag and I said what is this and he said, oh I was just drawing.”

Sheila Smith said her 8 year old child gave her a panic when she observed a picture he’d drawn of the monster after friends at school showed him videos they’d seen on the web. At the top of the page, above the drawing her child had written one of Huggy’s phrases “I’m coming for you”.

“He finally told me that the character told him that the parents had hurt him so they need to kill us,” Smith said.

“I needed to see these videos for myself,” Sheila said. She found that there were thousands of videos where the character Huggy Wuggy gnaws off arms. A music video featuring the monster walking down dull corridors and has him singing the words “cause I could just hug you here forever, forever. Til you breathe your last breath together together.”

A few videos are from the game but some, likely the ones her son saw, were made by others showing an even darker and eviler side to Huggy Wuggy and are absolutely not for children. To even discerning watchers, it’s a little troublesome sorting out where the recordings came from and whether they’re from the game or another creator.

Police in England sent a warning to parents to be more aware of the videos. Since the name Huggy Wuggy sounds pretty innocent, the videos even slipped through the Youtube Kids restrictions, and Smith’s.

“I’m a strict mom,” she said. “Everything that goes on his tablet and on his phone has to go by me. And it still slipped through.”

After the police warning, Huggy Woggy and Poppy PlayTime videos seem to have been taken down from Youtube Kids, but thousands still exist on TikTok and on normal Youtube.

Smith has cautioned other parents and guardians by posting a photo of her child’s drawing on Facebook.

She’s gotten many responses from individuals who are genuinely concerned, and some who excuse the admonition as kids just being kids.

“They’ve heard about it but they haven’t had that interaction that my son had. That’s good but keep your eyes open,” she said.

Poppy PlayTime is at present the second most well known puzzle game on the Apple App Store. A reminder for all parents that just because a video or game has an innocent or playful sounding name doesn’t mean much now-a-days. Parents should still investigate for themselves. And talk to your children about what games or videos their friends are showing them and watching since they’ll likely be seeing them as well at some point.

As a father of three children, when I found out about “Huggy Wuggy”, I’ll admit, I thought to myself that it’s probably nothing bad, and as mentioned in the article “kids will be kids.” However, I asked my children about Huggy Wuggy, and they were very much aware of who it was. They said other kids at school play games based on the character, show videos (since you know, tiny children have phones now-a-days), draw pictures, and constantly talk about it. I’m glad I asked, because I would have never known it was that big and would have dismissed the thought that it could have spread all the way here to my hometown. I’d encourage and challenge all parents to be all up in your children’s business. Dig into what’s going on in their lives and just be active, and when you’ve learned something new – dig deeper! Our children will consume things be it entertainment, music, or “Huggy Wuggy”. It’s up to us to be that filter, and help them move along and continue growing as best as we possibly can.