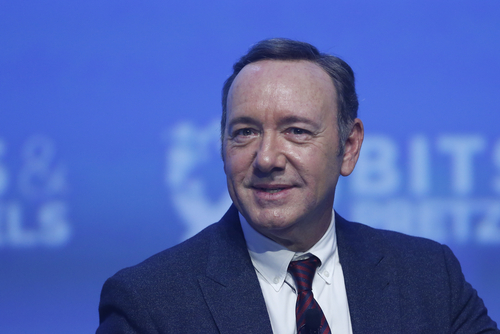 By court rulings, Kevin Spacey is expected to pay millions in fines to the production studio, MRC, as his attempt to avoid making this payment has failed. This fine concerns the several charges of sexual misconduct the MRC accused the movie star of. In addition to this, MRC has also accused him of violating its anti-harassment protocol. This movie studio was in charge of the production of his hit show “House of Cards.” The lawyers representing Kevin denied the claim as they argued that the movie star has never done anything to disobey the set policies. They argued that the counts of sexual harassment against him were nothing more than “sexual innuendos” and “innocent horseplay.”

A judge has ordered Kevin Spacey to pay “House of Cards” production company MRC nearly $31 million for alleged sexual misconduct behind the scenes of the Netflix White House drama.https://t.co/XecV6qsFQ7 pic.twitter.com/B0k32oPvDh

Asides from MRC’s charges, it was recalled that Netflix had also fired the movie star in 2017 because of similar accusations from different people. Anthony Rapp, who starred in the movie “Star Trek” accused Kevin of making sexual advances on him. He said that this happened at an event in 1986, and he was only 14 at the time. Two years later, he had also settled a case filed by a masseur in Malibu. The now deceased man had accused him of coercing him to grab his genitals twice during a session. In addition to this, he had also been charged by Britain’s Crown Prosecution Service for sexually assaulting three men in the United Kingdom. This was still very recent as it happened in May 2022.

In addition to the several counts of sexual assaults, Kevin was charged with “causing a person to engage in penetrative sexual activity without consent.” In a press statement, the head of the CPS Special Crime Division, Rosemary Ainslie, explained that the authority to charge follows a review of evidence gathered by the police in their investigation.

The accused movie star has, however, continuously pleaded not guilty. Unfortunately for him, the Los Angeles Superior Court Judge Mel Red Recana had found him guilty of his alleged crimes. As accusations surfaced of his alleged sexual misconduct behind the scenes, a new court finding had determined that Kevin had indeed constituted a material breach of his agreements as an actor and executive producer on the show.

The sentence was left to an arbitrator in October 2020, who ordered the movie star to pay about $30 million to the House of Cards Company in damages for violating the company’s sexual harassment policy. According to the Court’s decision, he is now expected to pay $29.5 million in damages and another $1.5 million in costs and fees to MRC.

“The private ruling by an arbitrator was initially handed down more than a year ago, but it only was made public on Monday after lawyers for MRC, the studio behind the Netflix political thriller, filed a petition in Los Angeles Superior Court to confirm the sum would be delivered. The arbitrator ordered the disgraced award-winning actor and his production companies to pay just shy of $31 million in damages, as well as lawyers’ fees.”

MRC is seemingly satisfied with this result as their attorney confirmed to the press that “MRC stood its ground, pursued this case doggedly, and obtained the right result in the end.” MRC made a closing statement to the press: “The safety of our employees, sets, and work environments is of paramount importance to MRC and why we set out to push for accountability.”