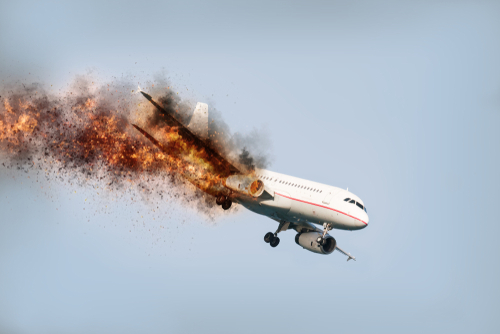 On Thursday afternoon in Santa Cruz, California, two small aircrafts were trying to land at the Watsonville Regional Airport when they were involved in a mid-air collision. Authorities believe that the accident resulted in the deaths of multiple people.

According to KSBW 8, the Federal Aviation Administration (FAA) stated that three individuals were on board a twin-engine Cessna 340, and one individual was on board a single-engine Cessna 152 whenever the planes collided with each other. In addition, one of the planes had also apparently crashed into a hangar, as shown in a photo shared online by the City of Watsonville.

Following the mid-air collision, one of the airplanes went down and smashed into one of the hangar buildings at the airport. KRON4 received a video from a witness showing the plane emitting black smoke and flames.

The second aircraft went down in a field at the junction of Buena Vista Drive and Calabasas Road, located close to a residential area.

Following a collision between two planes attempting to land at Watsonville Municipal Airport, the city tweeted that various agencies had gone to the scene. And that there were several accounts of people losing their lives. It was 2:56 p.m. when reports began arriving. The investigation is currently under process, and more developments will be provided.

Multiple agencies responded to Watsonville Municipal Airport after 2 planes attempting to land collided. We have reports of multiple fatalities.

After the tragedy, a person driving near the airport released a video on social media showing the other jet in a field where it had landed due to the crash.

The Federal Aviation Administration (FAA) reports that the crash did not result in injuries to individuals on the ground.

Together with the Watsonville Police Department, the Santa Cruz County Sheriff’s Office arrived at the scene and secured it as soon as possible. In addition, the Federal Aviation Administration has begun looking into the matter to discover what led to the collision.

Following the collision, the city of Watsonville, California, which has a population of approximately 52,000, issued a statement that acknowledged allegations of several fatalities. The city’s Facebook page remarked, “We are absolutely saddened to hear of the horrible tragedy that took the lives of several people.” “The City of Watsonville would like to extend its most heartfelt condolences to the friends and family members of the departed.”

The Mayor of Watsonville, Ari Parker, also spoke, saying, “We are grieving tonight thanks to this unexpected and terrible loss. I wanted to extend my most sincere condolences to you at this difficult time.”