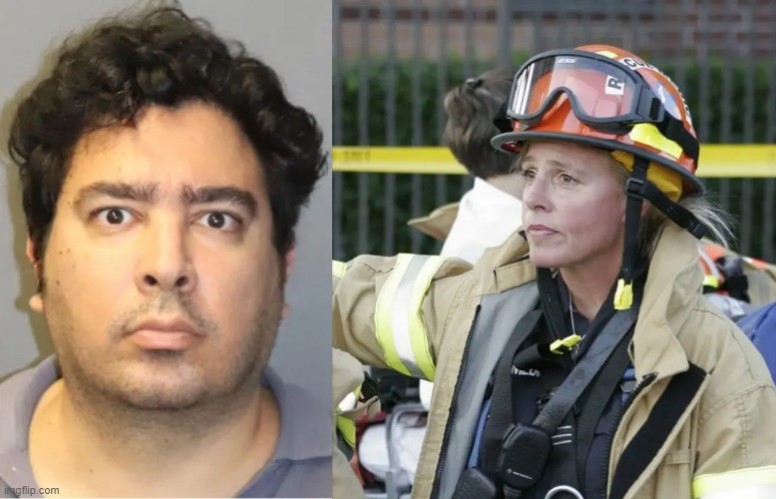 Lt. Alison Russo-Elling was a 61-year-old EMT on the verge of retirement, a 25-year veteran of the New York Fire Department who was a responder on Sept. 11, 2001. A hero who spent her life helping the people of New York City as an EMT.

But the Rotten Apple didn’t return the favor. Rather, it let her die as it slides into anarchy: Lt. Russo-Elling was stabbed to death by a madman, knocked to the ground and stabbed 20 times as she lay helpless on the concrete.

An FDNY source, as quoted by the New York Post, said: “At this point in the investigation there doesn’t appear to have been any prior contact between them. He just walked toward her, sped up and then stabbed her to death.”

The New York Post, reporting on what happened to both Lt. Russo-Elling and her attacker after the stabbing, reported that:

The 25-year veteran was rushed to Mount Sinai Hospital in critical condition but could not be saved, police said.

The alleged perp, 34, was arrested after he was chased by a Good Samaritan and barricaded himself inside his nearby apartment, Essig said.

One nearby resident, again according to the New York Post, spoke about the attack and said what many are thinking, distraught at the crime wave that has turned the Big Apple into the Rotten Apple. In that resident’s words:

“God, what’s going on in this world because this is such a quiet area? This is all families here, decent people, working people, and this never happened before. So when I saw this I was very surprised.”

Conservative Twitter was quick to highlight Russo-Elling’s death as well, pointing to her lengthy record of service to New York City and the senselessness of her death.

She was brutally murdered in a random attack while on duty in Queens getting lunch… Pray for her, her family, and this country.

Another poster included an image of the powerful cover of the New York Post and said:

She served us on September 11th.

Yesterday, she was brutally stabbed over 20 times by a madman who walked up to her while she was on duty.

New Yorkers have had enough of the violence on our streets.

New Yorkers might have had enough, but their soft-on-crime rulers apparently have not, as the crime tidal wave has continued unabated.

Image of Lt. Russo-Elling from Facebook, image of her alleged murderer a mugshot