WATCH: Transgender Says She Will “Never Be a Real Man” & Blasts Libs for Pushing Dangerous Medical “Illusion” on Kids 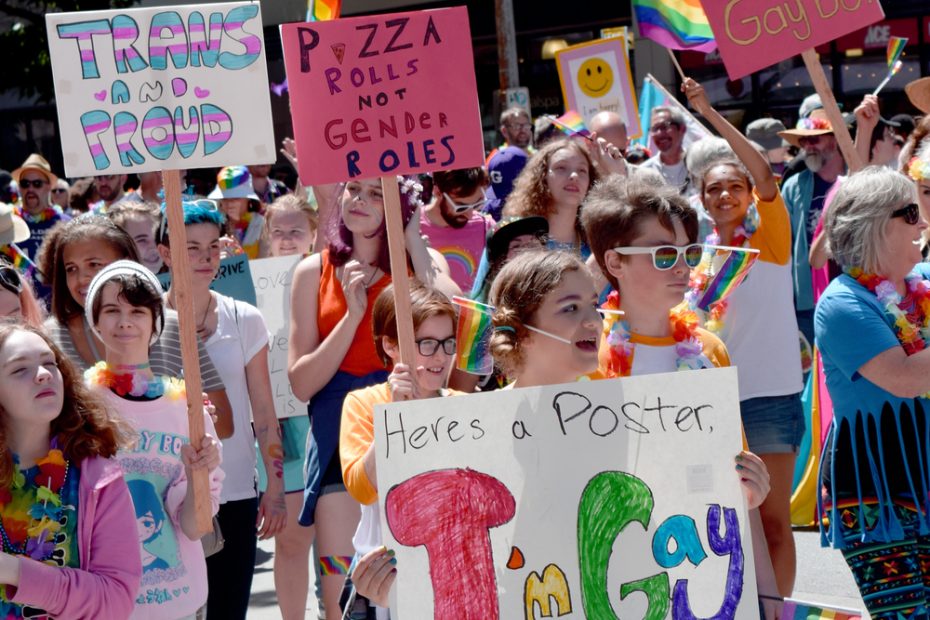 As the row over transgender kids continues to spark fury around the nation, some level-headed transgender people have begun to speak up against the disgraceful agenda the liberal left are pushing on our children.

Speaking to the author Matt Walsh for part of his new book, What Is a Woman?: One Man’s Journey to Answer the Question of a Generation, transgender man Scott Newgent hit out at medical professionals for targeting “most vulnerable kids” and feeding them the “illusion” that they really can choose their gender.

In the extract from his book, Walsh described Newgent as looking “almost like a middle-aged man: stubbled cheeks, thinning hair, a portly body shape” but despite her looks, Newgent says she will “never be a man” and felt pushed into altering her body by family and doctors:

“I’m a biological woman that medically transitioned to appear like a male through synthetic hormones and surgery,” she said.

Level-headed Newgent shattered the mould for the normally very woke, reality-shy trangender when she told Walsh that it was impossible to change genders:

“I will never be a man, ever… Medical transition is an illusion; you create an illusion of the opposite sex—there is no such thing as changing genders. You can’t,” she continued.

Asked if her logical and grounded views might be “transphobic” against herself, Newgent insisted “it’s reality”.

“The reality is, is that if you medically transition, you create an illusion of the opposite sex for comfort. Why is that transphobic?”

She said she felt concerned about the way society now pushes vulnerable people, including kids, who may be gay or just going through a phase to undergo life changing medical procedures, often luring them into a downward spiral.

“We’re taking our most vulnerable kids in the entire world, and we’re telling them that there’s a fix for it… Because here’s what happens with medical transitioning,” she explained, before talking more about her own experience.

“You start with the idea that “I was born in the wrong body. Thank God, life is going to get better now. Right?” So we start hormones, and then six months later after hormones, we go, “Well that didn’t help anything.”’

“But I still need top surgery.” So you get top surgery and then you go, “OK, well, I still have that inner thing, you know.”‘

“I still need bottom surgery and I need to change my pronouns and I need to do this, and society’s being transphobic because they’re misgendering me, and there’s always some kind of connection, right?

“Well, at some point, you kind of got to look left and right and go, “Well, that didn’t fix a thing!'”

While Newgent had cosmetic surgery on her body to make her look like a man, she said the procedures are still “experimental” and have left her with what Welsh described as a “death sentence”, suffering severe internal infections every few weeks.

“I had, and still have, and will always have a recurring infection for the rest of my life. At some point, antibiotics are not going to work anymore,” she said.

“I get infections every three to four months. I’m probably not going to live very long.”

As liberals continue to push kids to undergo these experimental procedures, perhaps it’s time they considered the dire emotional and possibly physical consequences.

“We’re taking kids that have suicidal ideation that already want to kill themselves. We’re telling them there’s something wrong with them. We’re putting them in an experimental procedure… And we’re going to tell them they’re going to be OK,” continued Newgent.

“This is why I look at media people and say, ‘shame on you.’ That’s the truth.”