Holocaust Survivor Has a Wake Up Message for Americans 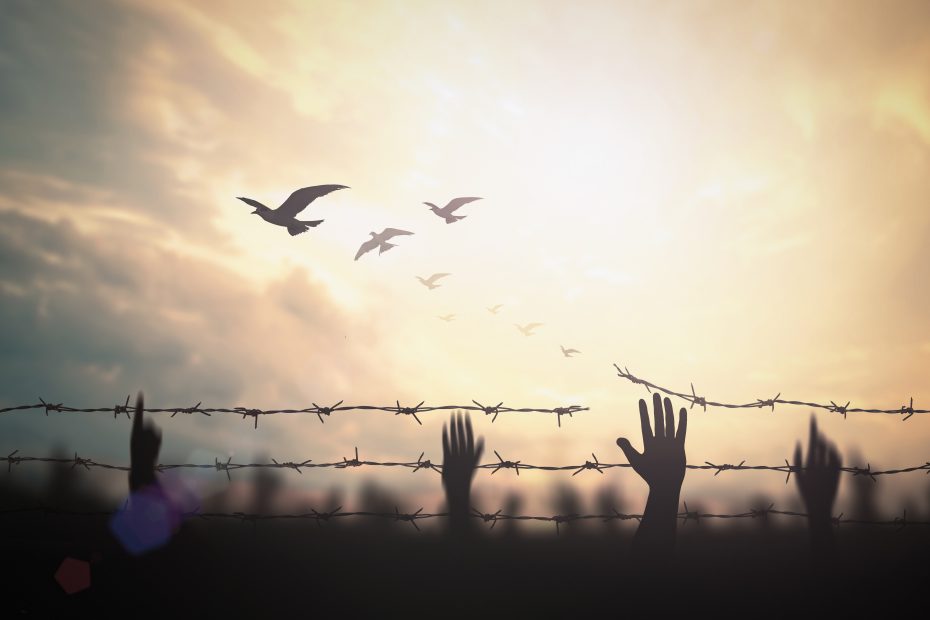 “Beware of medicine marching lockstep with the government.” –Vera Sharav

Vera Sharav, at just three years old, was chased out of Romania along with her family in 1941 and herded like cattle into a concentration camp in Ukraine during World War II. They were left there to starve to death.

A weekly list decided the fate of those in the camp: where they would be sent, whether they were put to death or sent to a labor camp.

During the time at the camp, Typhus was rampant due to cold weather and malnourishment. When she was just five years old, her father succumbed to death after contracting the disease.

After spending three horrendous years at the camp, she was rescued in 1944.

“My mother got wind that a few orphans would be transported out of the camp, so she lied and said I was an orphan to save my life, and that’s how I wound up leaving,” vera Sharav said. This is when young Vera began her arc, left to use her instincts of who she could trust and who was a danger to her. “I do not obey authority, and it saved my life.”

Human rights defender + holocaust survivor Vera Sharav gives a stark warning about the dangers of ‘The Great Reset’ + its attempts to break down democracy. Will you be a part of the mass that stops them? #CHDTV

Memories of her horrific journey flooded Vera’s mind once again as the worldwide lockdowns of 2020 began, which were out of control, riddled with propaganda and authoritarian control, and pushed by the media worldwide.

“So now, when people are obeying authority mindlessly, giving up their rights to make decisions about their own lives and what goes into their bodies, I think back to that time,” she said.

Sharav is currently a medical activist and founder of the Alliance for Human Research Protection, a network of everyday people and professionals working together to uphold humanitarian values and ethical standards rooted in the Hippocratic Oath, the Nuremberg Code, and the Universal Declaration on Bioethics and Human Rights.

Vera Sharav, a medical activist, is the founder of the Alliance for Human Research Protection,and an activist against some practices of the biomedical industry, particularly in matters of patient consent and children. Holocaust Survivor. https://t.co/gMBsN8niMD Thread 1/ scroll pic.twitter.com/XIFsuq9tlH

Much like it is being done today, medicine under the Nazi regime was weaponized. Though Jews were the primary target of the SS, the first medically murdered victims were disabled German infants and children under the age of 3. This operation was later expanded to T4, named for the street address of the program’s central office in Berlin, and was to include disabled of all ages, including the mentally ill and senior citizens, Sharav said.

“The Nazis called them worthless eaters,” she said. “T4 was a concerted effort to be rid of what their propaganda called the ‘economic burden.’”

For Scott Schara, co-founder of Our Amazing Grace’s Light Shines On, Inc.,   the report suggests a call for eugenics that was supported by academic elites early in U.S. history and later adopted by Nazi Germany.

Schara referenced a 2021 Medicare Trustee’s Report, which analyzes the cost of federally funding the elderly and disabled in the United States.

“Thirty-nine percent of that federal budget goes to those two groups right now, which is $2.2 trillion yearly,” Schara said.

On page 11 of the report (pdf), there is a call for “substantial changes” to address the need for financial adjustments.

“The sooner solutions are enacted, the more flexible and gradual they can be,” it says in the report.

Sharav and Schara see parallels between the National Socialist regime in Germany and the current medical directives being carried out in the United States through government funding.

Adolph Hitler launched his genocide program a decade after he took power, introducing it in increments with the help of German propaganda, which portrayed the Nazis as heroes.

What happened to many disabled and elderly in Western Europe, Australia, Canada, and the United States in March and April of 2020 was medical murder,” Shara said.

It’s hard for many to accept that an elite few would be so evil as to conspire to cause widespread harm and even death, Sharav said. “People will say, ‘They made a mistake; it was an accident.’ But no, the elite, just like the Nazis, have this arrogance in which they believe they are superior and therefore entitled to rule the rest of us because they think we are inferior.

“Stop watching mainstream media. They’re all reading from the same script. They bombarded people with fearmongering, the same thing the Nazis did. That’s how they controlled the population: through fear.”

For Vera Sharav, she believes we all need to come together with the same common goal around the world, which is what she realized all those years ago in the concentration camp as a child and what saved her life then: “Resist. Wake up. Stop obeying.”

Resist, Wake Up, Stop Obeying’: Holocaust Survivor Draws Parallels in Current Society to Nazi Germany…
AKA. .. memories returned in 2020 during the web of COVID-19 restrictions that spun out of control with the help of media propaganda, she said.