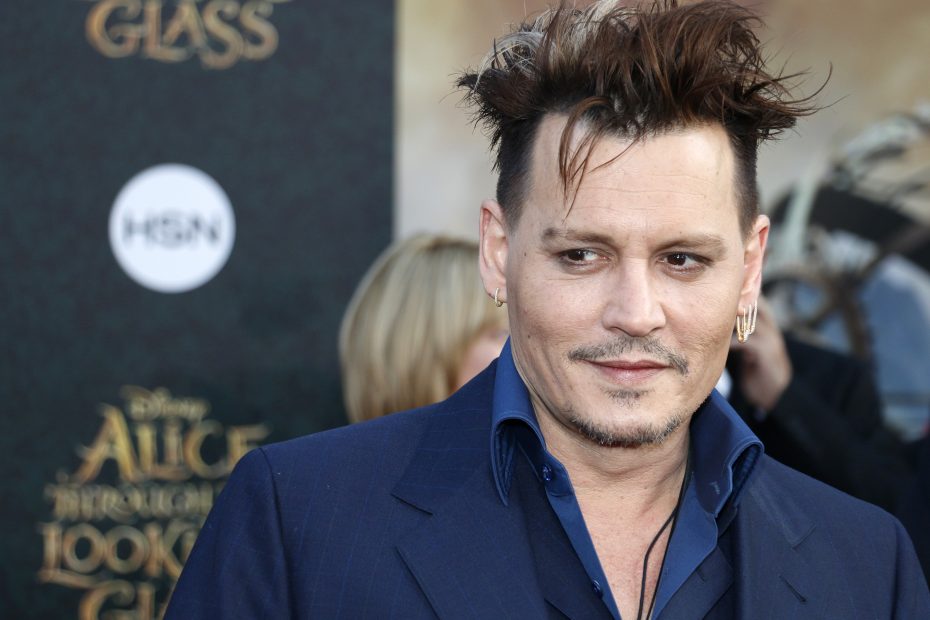 Throughout his lengthy Hollywood career, Johnny Depp has relished and even benefited from his notorious bad-boy image. No matter how out-there things got for Depp, fans and Hollywood executives could never seem to get enough of the softly spoken rebel.

But since Hollywood’s increasing fear of upsetting tyrannical movements like MeToo and BLM, Tinsel-Town now feels compelled to employ only the squeaky-clean and the painfully woke. Characters like Depp have, as a direct result, been rendered unemployable.

Down the years, Depp has enjoyed close friendships with some of the most outlandish people in show business like Rolling Stones’ guitarist Keith Richards who once bragged to Disney bosses that he had snorted his own father’s ashes after accepting a role in a Pirates of the Caribbean movie, and wacky Fear and Loathing in Las Vegas journalist Hunter S. Thompson who ordered Depp to shoot his remains from a giant light-up canon after he shot himself in the head with a Magnum handgun.

In 1993, riding high on his roles in successful blockbusters including Edward Scissorhands (1990) and What’s Eating Gilbert Grape (1993), Depp bought what would become one of the Sunset Strip’s most notorious and controversial nightclubs.

The Viper Room quickly became a decadent hang-out for a select group of actors and rockstars who were prominent faces in the early 90s grunge scene.

Drugs were rife, and when promising young star River Phoenix, 23, died of a drug overdose on the sidewalk outside the club, Depp experienced his first major brush with controversy. But, setting a precedent for his career, Hollywood executives were just as keen to work with Depp, and just a few short months after River’s death, the young actor was working on Tim Burton’s Ed Wood which co-starred Sarah Jessica Parker and Bill Murray.

River Phoenix would have been 49 today. On October 31, 1993, Phoenix collapsed and died of combined drug intoxication following a drug overdose outside the The Viper Room in Hollywood at the age of just 23. – Mike. pic.twitter.com/ceyNTRb0OD

The Pirates star, 57, was notorious for behaving more like a Rockstar than an actor. While he was dating 90s party-girl and model Kate Moss, the actor allegedly trashed a luxury hotel room, causing $10,000 in damage. Still, the movie offers continued to roll in.

During the height of his super-stardom and up until 2016, Depp had earned around $650 million and was, at one point, the highest paid male actor in the world, having raked in around $55 million for his role as the Mad Hatter in Tim Burton’s Alice in Wonderland and an estimated $300 million for his portrayal of Captain Jack Sparrow in Disney’s Pirates of the Caribbean movies.

But it seems now, as Hollywood shifts further than ever towards a woke-agenda, Depp’s luck appears to be thinning:

“He’s just never been told no for the past 35 years. That’s typical in Hollywood. But I’ve never seen it to this extent,” an unnamed producer who had recently worked with Depp told Hollywood Reporter.

“You simply can’t work with him now,” another studio chief said after Depp lost a defamation case against The Sun newspaper after it had called him a “wife beater”.

But despite the accusations and the ever-increasing embarrassing revelations being put to light by Depp’s defamation lawsuit against Heard, his army of fans relentlessly support the star, turning the traditionally devastating result of a #MeToo style campaign against a male celebrity on its head.

Rather than immediate isolation, shunning and automatically taking the woman’s side, Depp’s fans have broken the mold by standing steadfast with the star, even trending the hashtag #MenToo on social media following allegations that Heard had, in fact, assaulted Depp.

“He has suffered immense reputational carnage from a reckless set of choices that has left him in septic muck”, said PR guru Eric Schiffer.

“Can he come out of that? It really comes down to Johnny’s choices. He still has a fan base that in many ways is like Donald Trump’s with their emotional intensity and commitment to a star icon. It’s not based around principles. It’s about charisma and their identification of the range of characters that he’s played.”

I wouldn’t be at all surprised to see Hollywood’s most notorious bad boy back on the silver-screen very soon, and in my view, it’s high time MeToo’s untouchable, unquestionable power to end men’s careers at the drop of a hat came to an abrupt end.