Hitler’s Watch Sold at an Auction, and the Price was DISAPPOINTING 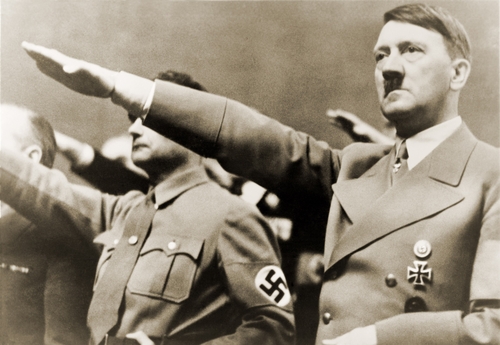 The feelings of disappointment cannot be pushed aside as a piece of Adolf Hitler’s rare jewelry collection was auctioned off recently at a price beneath the worth of the artifact. The gold watch, which belonged to the dictator, was featured at the Historical Militaria and Autographs Auction by Alexander Historical Auctions in Maryland.

This watch was discovered on the 4th day of May 1945 by Sergeant Robert Mignot, one of the 30 French soldiers belonging to a unit of the 2nd Armored Division that stormed Hitler’s secondary retreat in Berchtesgaden in the mountains of Bavaria. In this mountain, Robert luckily discovered Hitler’s residence and Eagle nest, which had been abandoned for years, and was able to retrieve the gold jewelry he later gifted his cousin.

The timepiece was looted from the Berghof, Hitler’s mountain hideout, by a French soldier called Sgt Robert Mignot during the closing weeks of the Second World War⌚https://t.co/6lGzR9LZYE

Ever since its retrieval in 1945, the watch had remained in possession of Robert’s family till recently, when it was auctioned. Robert’s service record and a detailed letter of provenance from his daughter provided proof of the watch’s authenticity to the auctioneers. The President of the auction house, Bill Panagopulos, said it was the first time one of Hitler’s jewelry collections had been put up for sale. He had presumed that the jewelry was likely given to Hitler on his 44th birthday when he was named with former Chancellor Paul von Hindenburg as an honorary citizen of Bavaria.

“The watch was given to Hitler probably in 1933 after he was made chancellor of Germany and essentially gained full authority over every aspect of the country’s administration. It was given to him most likely by the Nazi party in recognition of his achievement and in thanks for elevating the party to power,” he said. “The watch and its history have been researched by some of the world’s most experienced and respected watchmakers and military historians, all of whom have concluded that it is authentic and indeed belonged to Adolf Hitler,” he confirmed.

The watch is a stunning piece as it is made of white and yellow gold with a lizard band. It is also made in a classic Andreas Huber “Reverso” style that allows the face to be flipped 180 degrees to show the timepiece or case face. It also has engravings of the first Nazi Party eagle, the initials “AH,” and the dates of Hitler’s birth, when he became Germany’s chancellor, and the day that the Nazi Party won the election in March 1933.

The beautiful gold watch with an estimated $2-4 million value was sold for only $1.1 million at the auction, a price below the floor of the auction house’s asking range. Disappointing right?

A lucky buyer in Maryland had purchased the jewelry, and it reportedly needs to be cleaned of a small, dried oil spill. A part of its band with an 18,000-carat gold pin buckle is reportedly frayed at one end. It is, however, expected to arrive at its new owner’s destination in about two to three weeks.