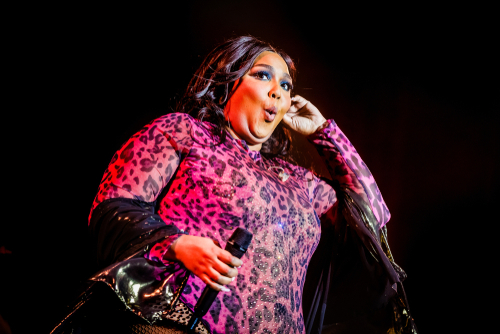 Lizzo appeared at the MTV Video Music Awards on Sunday and used her spotlight to make political accusations. As she was called to the stage to receive her award, she made a statement about how the laws in the United States were “oppressing us.”

Her hit “About Damn Time” won her the award at Sunday’s event for “Music Video for Good.” In her speech, as she received the award, she said she did not know what the award title ‘music video for good’ meant.

Instead of talking about the award, she digressed to the power a single vote has, as that was what got her the award in the first place. She called on her fans and lovers who voted for her to win the prize and urged them to vote and change the laws that were “oppressing us.”

Critics immediately reacted to her speech, arguing that she had no right to claim being oppressed. They also pointed out that she did not state the exact laws that were oppressive towards her because she was anything but oppressed.

GETTR’s Kaelan Dorr was one of the people who reacted to her speech via Twitter. He replied, saying he did not know who was oppressing Lizzo. However, he is aware that America has an administration that wields the IRS and intel communities against its citizens.

In addition, former Republican Governor Scott Walker tweeted that she was just another celebrity who chose to ignore the facts, recalling election laws he previously signed as Wisconsin’s governor.

Does she means laws like the one I signed in Wisconsin that requires a photo ID to vote?!? Cause we saw the largest turnout in 70 years at the last fall election. Sounds like another celebrity ignoring the facts. https://t.co/OVkP0eDEuI

Another tweet noted Lizzo’s fat bank account and her status as a celebrity, asserting that she is, in fact, one of the people harming the nation, not vice versa as she claimed.

Furthermore, another wrote, “So oppressed she’s a multimillionaire and famous. Try traveling to some other countries around the world if you want to know what oppression really is. These speeches out of Hollywood are always some of the worst.”

The singer attended this event graced in a voluminous dress by Jean Paul Gaultier Haute Couture. She then changed into a black gown with mesh panels to accept her award and give the very controversial speech.

Another critic penned, ‘Nothing screams oppression like than being given an idol made out of precious metals and lauded in front of millions. It’s a hard-knock life.”