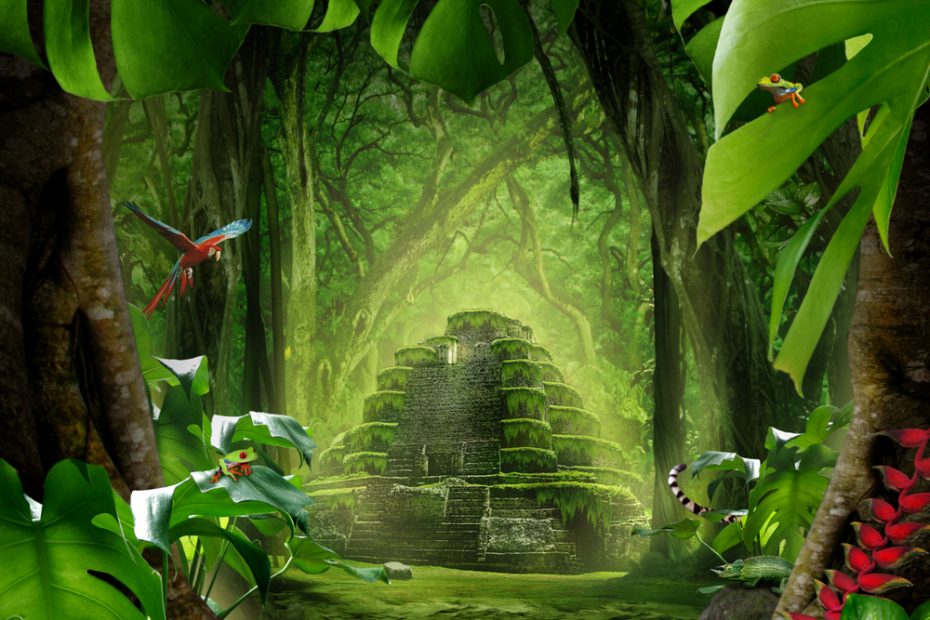 A fantastic network of hidden ancient cities and pyramids have been found in the depths of the Amazon by scientists using specialized lasers to see through the foliage.

Using LiDAR or light detection and ranging, the scientists were able to map 26 ‘lost’ cities built by the Casarabe people in the Llanos de Mojos forest in Bolivia between 500 and 1400CE.

The settlements span over 4,500km squared and feature some fascinating structures never before seen in the region, including 5m high terraces covering 54 acres and 21m tall conical pyramids.

Only 15 Casarabe sites were previously known, and this recently discovered site suggests the largest civilization of the Casarabe community ever unearthed.

The researchers from the UK and Germany stressed that while the network of settlements was an early form of “urbanism” which included complex societal structures like checkpoints, causeways, and reservoirs, the ancient people were living alongside nature and not at odds with it:

“We long suspected that the most complex pre-Columbian societies in the whole basin developed in this part of the Bolivian Amazon, but evidence is concealed under the forest canopy and is hard to visit in person,” said Jose Iriarte from the University of Exeter.

An airborne Lidar survey of the north Bolivian Amazon basin has revealed two ancient mega-settlements joined by a complex matrix of roads, causeways and canals. The laser technology has stripped back the jungle vegetation to reveal huge, interconnected. https://t.co/ChuOjfYU34 pic.twitter.com/NW06eEHdRp

Before this discovery, it was thought that this region of the Amazon would only have been home to very primitive tribes, but as research of the area has revealed, it was home to an advanced civilization who were using water irrigation systems, a vast network of canals spanning miles and connecting ‘roads’ and causeways between villages.

“There are monumental structures are just a mile apart connected by 965 km of canals long raised causeways connecting sites, reservoirs, and lakes.

“The scale, monumentality, and labor involved in the construction of the civic-ceremonial architecture, water management infrastructure, and spatial extent of settlement dispersal, compare favorably to Andean cultures and are to a scale far beyond the sophisticated, interconnected settlements of Southern Amazonia,” added Dr. Mark Robinson.

Initial mapping of the area provided scientists with enough structural evidence to predict the layout and purpose of the land accurately, but because of the thick vegetation in the forest, they were not able to see much detail.

Switching to the airborne laser system for the first time in that region, researchers were amazed at the scale of the settlements.

The LiDAR system involves strapping the device to a helicopter or light aircraft. It will then use laser pulses to map out the terrain in fine detail, providing scientists with a detailed look at the structure of the settlements.

A computer removes the vegetation, and a 3D model of the area is created.

Ancient Amazonians who lived around 700 years ago would have built their settlements in circles. Scientists think this may have been an indicator of how these ancient people viewed space, with the stars circulating the Earth.

While deforestation has revealed other ancient, circular settlements in the region, they have never been mapped in such incredible detail before.