Heroic Gun Wielder Stopped Hit and Run Driver From Getting Away 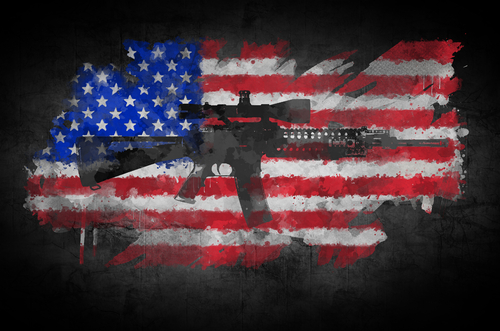 On the afternoon of August 12 in Mesa, Arizona, at around 12:30 p.m., Emmanuel Reynoso Avila dashed into his house to retrieve his firearm. He had just seen a guy hit his neighbor Christopher Heimer, 63, with his automobile.
Heimer was strolling along the sidewalk that was located close to the intersection of Main Street and Power Road. It is said that 61-year-old John Lagana, who had been blaring his horn nonstop in the parking lot to the northwest of Heimer’s house in the hopes of luring out the victim, sped through the parking garage and into the road. In a press statement, the Mesa Police Department stated that Lagana veered off the roadway and hit Heimer, propelling him to the ground in front of a four-plex apartment complex.

Friday after witnessing a car strike his neighbor, 63-year-old Christopher Heimer, and send him flying through the air.
"I dropped everything I had, and I ran inside to get my gun while [my brother] was calling first responders, #2A https://t.co/37Vd28lJlr

Avila informed KNXV that after having heard the car ramp up, he saw his friend “get full on rammed by someone who was supposedly his friend. … We saw Chris fly through the air. We saw him land. He was unresponsive.” Avila was quoted saying to reporters, “I couldn’t just stand by and watch my neighbor die senselessly.” Avila sprinted into his home to equip himself as his brother was on the phone with emergency personnel. In the meantime, the suspect carried on with his assault.

While Heimer lay wounded on the ground, Lagana is said to have continued driving eastward on the sidewalk, crashing into mailboxes and causing other property damage in the process. Soon after the incident, witnesses told law enforcement that Lagana turned back around and attempted to run over Heimer a second time. Lagana then allegedly got out of his car and started stomping on the man’s head while he was on the ground.

According to Avila, as the suspect got back inside his car, purportedly to depart the area, he approached Lagana with his revolver pulled. “I yelled, ‘Get out of the car.’ I shot a warning shot, just to let the guy know I was serious,” Avila recalled. Lagana was held at gunpoint until the police came.

Although it has been hypothesized that the suspect targeted Heimer because of a disagreement with parking, Heimer had allowed Lagana, who was homeless, to park his vehicle on his property. Lagana suggested that there may have been another possible motivation. After divulging to the investigators that he had later found out that his ex-girlfriend was staying at the victim’s residence, he said he stopped answering their inquiries after making this revelation.

Lagana is scheduled to make his initial court appearance on August 18 after being charged with murder in the first degree.