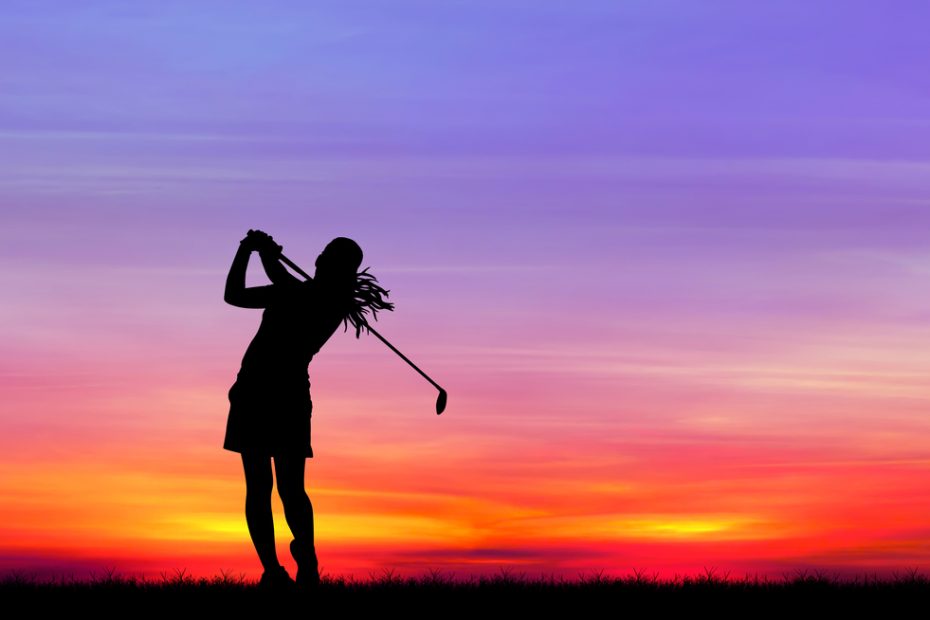 Everyone remember Lia Thomas? The shifty dude that was allowed to dominate the women in the pool, and creep them out in the locker room?

You should, as Thomas dominated the news cycle, subsequently causing Kentucky swimmer Riley Gaines to finally speak out in defense of women’s sports.

There have been several other stories involving biological men competing and dominating more fringe sports like surfing and skateboarding, but no men have attempted to compete in any of the major professional sports. Until now.

A biological male named Hailey Davidson is currently close to nailing down an LPGA tour card, taking earning opportunities away from biological women. Let’s check Outkick for the details:

The LPGA could soon find itself with a biological male holding a Tour card if transgender golfer Hailey Davidson can stay hot at the professional women’s golf qualifying school tournament.

Davidson, who has three professional tournament wins, finished round one of the LPGA and Epson Tour Qualifying School Stage 1 at 2-under (70). That puts Davidson in a great position against 310 biological females who are attempting to advance to compete for an LPGA card in December’s Q-Series tournament.

Transgender golfer Hailey Davidson, who has three tournament wins over biological women, is off to a strong start at the LPGA Tour's qualifying school: https://t.co/dnNGQZg7uC

Why do we have to keep saying this? Why is this ok? Biological women work their entire lives to get good at something, then a subpar dude swoops in and steals the glory, and money.

Folks, golf is hard. If you have ever played, you know it takes years of practice and training to get even close to this level. To have a male that couldn’t cut it golfing against other guys come in and claim to be a woman and take prize money from the ladies is disgraceful.

“I know I have what it takes from being around professional golfers on the LPGA/PGA/Champions Tour over the recent years and staying very competitive with them all. While I know that I have the talent and mental game to make a career out of playing, the initial cost of tournaments and practice expenses is what truly holds me back,” Davidson wrote in 2021 while trying to fundraise for qualifying school.

So taking prize money from women is Davidsons way to address the costs of practice and tournament expenses? Very honorable!

If Davidson really believes he/she has the talent and mental game to compete with the men on the PGA tour, then competing on the LPGA tour should be out of the question.

Earn your chops with the dudes, fella!

In one 2021 tournament, Davidson finished three shots behind Paula Creamer, who has 10 career LPGA wins, including the 2010 U.S. Women’s Open title.

Now locked and loaded with a full year of preparation, Davidson wants that full-time status on the LPGA and there’s nothing standing in the way, especially legislation from a tour that, in 2010, removed a “female at birth” requirement which fully opens the door for Davidson, who has spent this year competing on the East Coast Women’s Pro Golf Tour.

Considering the LPGA dropped the biological female stipulation, this is no ones fault but their own.

However, Davidson should do the honorable thing and compete with his biological peers. If you strive to be the best at something, why cheapen it by competing against inferior opponents.

Also before anyone gets upset by me calling ladies golfers inferior to men, there’s a reason every golf course has a “ladies” tee.

Bottom line is, Davidson needs to join his biological peer group and work on his long game with the fellas. Let the ladies have their prize money.