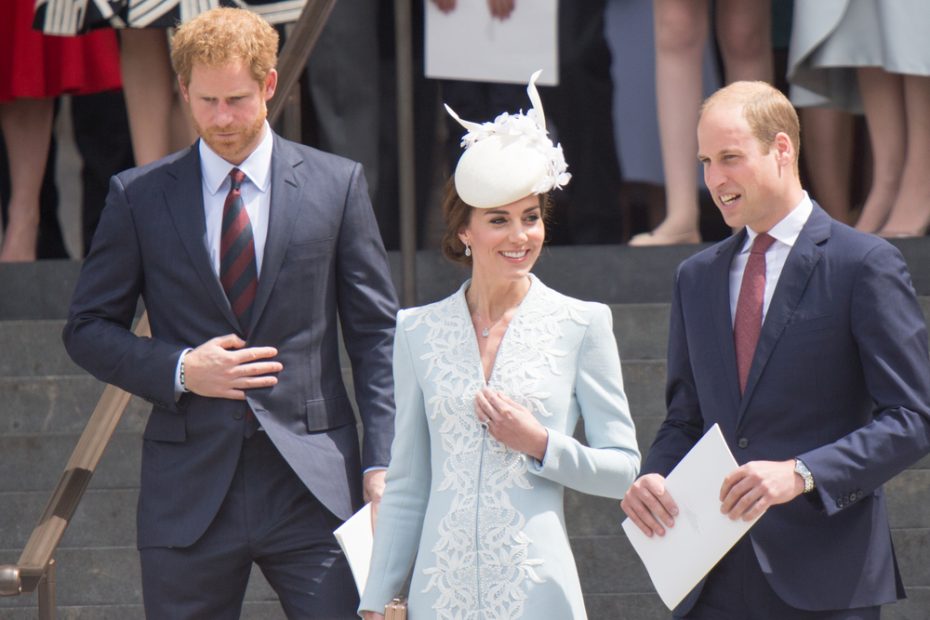 Palace insiders have revealed that Prince Harry and Meghan Markle will not visit Prince William and Kate despite staying just 5 minutes away from the Cambridge household.

Even though the woke Sussexes visited the UK for the Queen’s Platinum Jubilee celebrations in June, Harry did not publicly speak to his estranged brother, William, for the entirety of the 3-day-long affair.

The brothers have reportedly not spoken face-to-face since the unveiling of a statue depicting their late mother, Diana, Princess of Wales, last summer.

The Queen gave Harry and Meghan Frogmore Cottage as the pair’s official residence after their marriage in 2018. The 10-bedroom residence, worth around $3 million, is situated in the private Crown Estate, just 800 meters away from the Cambridges’ home.

After the couple chose to leave Britain to pursue a more private life on the Hollywood chat show circuit, Harry and Meghan distanced themselves from the Royal family, and the rift between Harry and his brother William is reportedly ongoing.

Even though Harry will be so close if he chooses to stay at Frogmore while he’s in London, insiders say the pair’s short visit will be focused on “supporting several charities close to their hearts” and that they have no plans to see the Cambridges.

Prince William and Prince Harry have unveiled a statue of their mother, Diana, Princess of Wales, in the Sunken Garden at Kensington Palace on what would have been her 60th Birthday (📷 @domlipinski) pic.twitter.com/0jkyuGhOyN

Ingrid Seward, the editor of Majesty Magazine, said that she doesn’t believe Harry will make any attempt to reach out to his family while he’s in London:

“I don’t think they would bump into one another unless it was pre-arranged.

“I suppose one could go round with some flowers as a peace offering, but remember what happened last time,” she said, referring to an incident when Meghan reportedly threw some flowers Kate had given her into the trash after a fight about bridesmaid’s dresses.

The visit comes just a few weeks ahead of Harry’s long-awaited and controversial book launch. The tell-all autobiography, which was ghost-written by JR Moehringer, is thought to include some catty and vicious criticism of the Royal family in an account that Moerhringer said is: “Accurate and wholly truthful.”

In the past, the Sussexes made claims that Harry’s family had been racist to Meghan and said that a nameless family member had speculated about the skin color of their (then) unborn baby. At the same time, Meghan was pregnant with their first child, Archie.

According to Royal expert Richard Fitzwilliams, the Sussexes will probably spend some time with the Queen while they’re in Britain, as they were only able to spend about 15 minutes with the 96-year-old during the Platinum Jubilee in June.

Spokesperson for Harry and Megan said: “Prince Harry and Meghan, The Duke and Duchess of Sussex are delighted to visit with several charities close to their hearts in early September.”
They’ll be here in the first week of September – presumably allows them time to see the Queen. pic.twitter.com/BcAE8O9MTn

“The reports that the Queen had invited Harry and Meghan to Balmoral (the Queen’s Scottish estate where she spends part of the summer) were never confirmed. However, it would only make sense for them to see her when she is at Windsor and when they are based at Frogmore, as they could only spend a very little time with her during the Platinum Jubilee,” said Fitzwilliams.

“If she does come down as anticipated, she may receive the new Prime Minister at Windsor or at Buckingham Palace. There would also be time for her and the Sussexes to discuss the future, which hopefully will be more constructive than the recent past.

“They also must be aware that some form of reconciliation in the Platinum Jubilee year would surely be beneficial for the image they want as philanthropists.”

Despite the Queen preparing to welcome a new British prime minister after Conservative Party leader Boris Johnson was forced from 10 Downing Street, the political spat within the Royal household continues to play out.

The Royals will hold their breath in nervous anticipation of moaning Harry’s explosive book release.