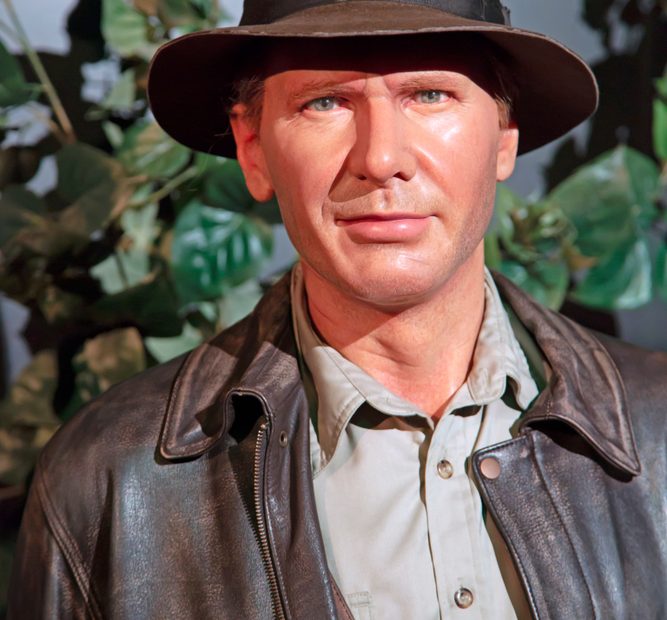 I remember the first Indiana Jones movie, “Raiders of the Lost Ark” in 1981. It was fantastic, mindless popcorn fun.

Harrison Ford was fresh off, and still in the middle of the Star Wars saga, America was deep in a recession, and the Cold War was still a thing. It was fun seeing Indy beat up Nazis!

At 80 years old, it might seem a bit of a reach for Ford to be attempting another Indiana Jones movie anyway. I mean, what’s the title? “Indiana Jones Needs Help Up Stairs’?

Either way, all of the Indy movies have been cash cows, so count on Hollywood to continue to milk.

Recently, one of the costars of the new movie was interviewed and gave some interesting feedback on Ford and the film. Let’s check CBR for the details:

“Every day of shooting felt like a real Indiana Jones film,” he said. “It felt like going back to scratch. Everything looked like it. Harrison was there wearing his [Indiana Jones] clothes. It was just a brilliant experience.”

I wonder if Harrison knew he was even there. Eighty is pretty old folks, even for someone who has stayed fit and active like Harrison Ford. I hate to say it, but time comes for all of us, Indiana Jones included.

The previous installment “Kingdom of the Crystal Skull” was a disaster, getting terrible reviews and was widely thought to be the end of Dr. Jones and his adventures.

After all, Indie went from fighting Nazi’s, to fighting cold war era Soviets. Who is he going to fight in the new movie, Al-Qaeda?

Mikkelsen remarked on Ford’s impressive physicality in a previous interview

Harrison is a monster of a man, a very nice monster,”

Boyd Holbrook later echoed Mikkelsen’s sentiments, insisting that “age ain’t nothing but a number” to Ford and describing the Indiana Jones 5 lead star as “ripping and roaring” in his return to the character.

That’s all well and good, but I’m afraid the only thing Ford will be ripping are tendons and muscles trying to do his own stunts.

No one wants to see the heroes of their childhood deteriorate. Recently Ric Flair wrestled his last match at the age of 73. It was sad and painful to watch. We have to hope the new Indiana Jones movie isn’t similar.

Both Mikkelsen and Holbrook paint a portrait of Ford as being in good enough shape to could continue playing Indiana Jones beyond the upcoming sequel.

Don’t do it Indy! Even if this last movie sets box office records, fade away gracefully!

The last thing we need is “Indiana Jones Sees an Orthopedic Surgeon” coming out Summer of 2027.

Thanks for all the good times, Indy. Let’s hope one last adventure with Dr. Jones is a good one.