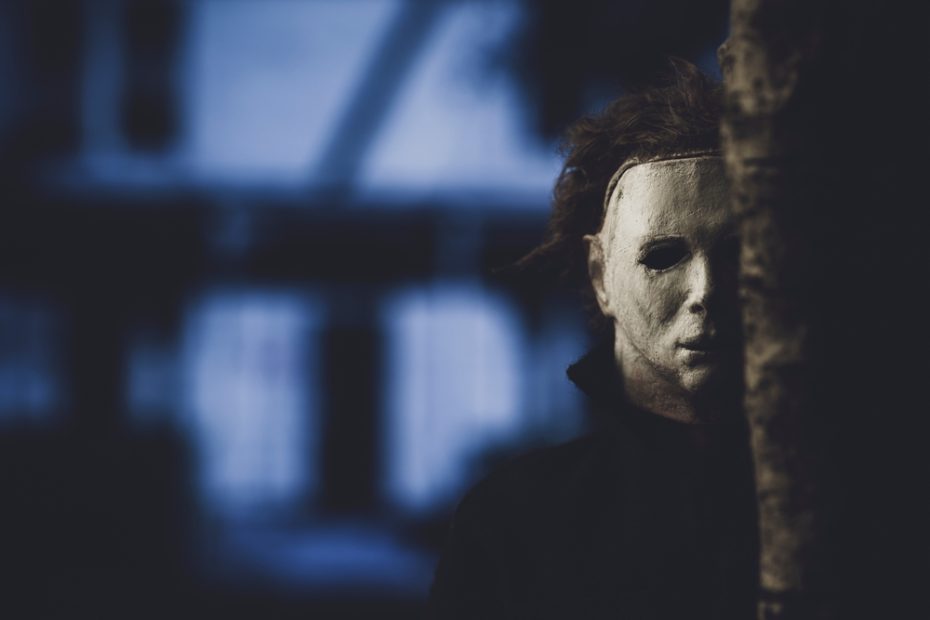 It’s the certain time of year in late October, where people start decorating their houses like cemeteries, kids dress up and go to random houses and beg candy, and everyone wants a good scare. Halloween is a weird holiday, isn’t it? Will we ever stop seeing hockey masks and Michael Myers masks on grownups? Probably not, since Hollywood insists on running stale sequel after stale sequel of the movie “Halloween” out, despite constantly promising this will be the last one.

Well, perhaps it’s not as funny as the actual movie (unintended humor), but for one Las Vegas criminal, Halloween has ended early this year courtesy of the Las Vegas PD. Guess that’s one less psycho in a Michael Myers mask. Check this out.

Police shot and killed a man who was wearing a Michael Myers mask while threatening people with a gun in North Las Vegas over the weekend.

The masked man, identified as 44-year-old Christopher Earl Smith, died from multiple gunshot wounds after a confrontation with police in a public park Sunday.

North Las Vegas police said an officer shot a suspect who was wearing a 'Michael Myers' style mask. The suspect was also armed and threatening others around him.https://t.co/YW7Ue4YAY0

One can find tragedy in any death, but it’s a little harder in this case. A masked man was pointing and brandishing a firearm at innocent people in the middle of the day! That in and of itself is bad enough, but when you decide it’s a good idea to do the same thing to armed officers called BECAUSE of your actions a happy Hollywood ending likely isn’t in store.

“I work at the Carry Mini-mart, we have a guy out that had a gun and he’s pulled it on couple of customers,” one frantic caller told dispatchers. “He’s kind of wacko.”

Officers responded and found Smith walking through the park near Martin Luther King Boulevard and Carey Avenue around 5:40 p.m.

It should be noted that very little happens on MLK Boulevard in any city that is good, so a gun wielding Michael Myers probably is just another afternoon call for the Las Vegas Police Department. Officers attempted to de-escalate the situation, but if you have seen any of the Halloween movies, you know there is no de-escalation.

According to bodycam footage released by police, Officer Anthony Malear spotted Smith, identified himself as police and repeatedly asked Smith to stop where he was and put his hands up.

Smith continued walking and began to reach for the reportedly stolen pistol in his waistband as he walked toward five bystanders, the footage shows.

“Stop reaching, don’t reach!” Malear can be heard yelling in the video before he fires eight rounds at Smith.

Smith died at the scene. He had alcohol, THC and oxycodone in his blood at the time of his death, according to the medical examiner.

It’s unfortunate that a man had to die, but perhaps instead of BLM riots and Al Sharpton and his turkey neck and crazy hair showing up, we can use this as a teachable moment. Kids, don’t smoke weed, drink, and take oxycodone. Definitely don’t carry a gun and wear a Michael Myers mask, and certainly don’t brandish it at people or the police. Happy Halloween kids, stay safe out there!