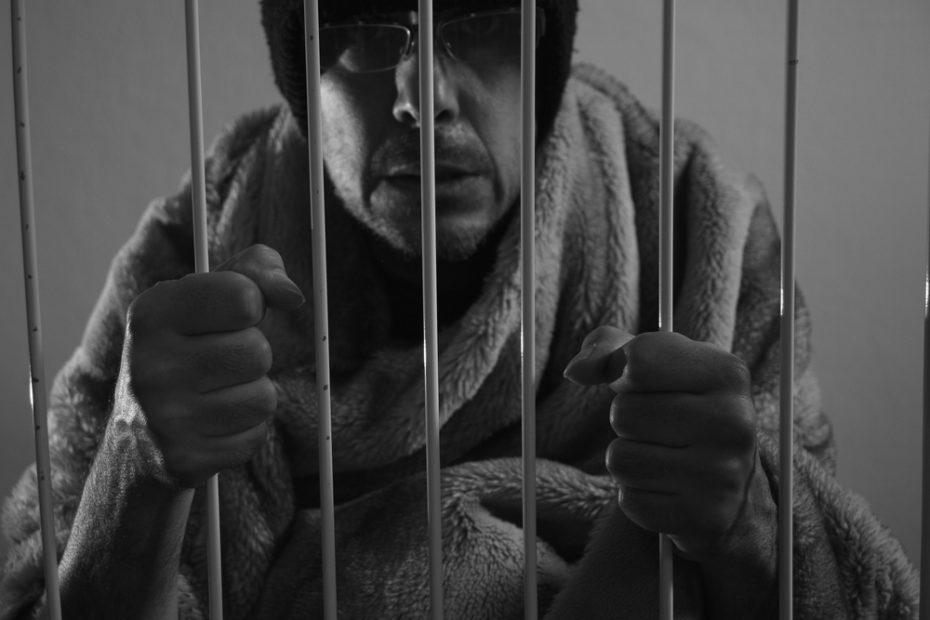 It’s a weird, wild world we live in, isn’t it? This isn’t your granddad’s America. This isn’t even your father’s America. Unless your father became your mother or vice versa. Then, MAYBE it’s your America.

Before we get ahead of ourselves here, let’s just be clear. People are free to spend their money on what they want, live their lives how they see fit, insomuch it’s legal and hurts no one else. Right?

Personally, I don’t see that as too high of a bar. If you are feeling pretty, want to undergo reassignment surgery? Go wild big guy (girl)! Just find your own way to pay for it. Sounds fair, no? Well, prepare to clutch your pearls, kids. Per the Washington Free Beacon:

A transgender inmate who goes by the name Cristina Iglesias has not spent a day outside of federal prison as an adult. Iglesias was locked up in 1994 for sending death threats to federal judges and then pleaded guilty in 2005 to mailing fake anthrax to U.S. allies in the earliest days of the War on Terror. Now, thanks to a judge’s ruling, Iglesias is set to become the first transgender inmate to undergo sex-reassignment surgery—on the taxpayer dime.

Now the taxpayers will pay to remove it

Before I go any further, allow me to get off topic briefly. This person went to prison, for among other things, sending death threats to federal judges? Yet at THIS VERY MOMENT, we have droves of people protesting outside of Supreme Court Judges’ homes (illegal), a person who just attempted to assassinate a Supreme Court Judge, and you have sleazy Chuck Schumer, an absolute failed human being saying about two Supreme Court Justices:

“I want to tell you, Gorsuch, I want to tell you, Kavanaugh, you have released the whirlwind and you will pay the price,” Schumer, who was then minority leader, said at the time. “You won’t know what hit you if you go forward with these awful decisions.”

I’m assuming these folks are going to get their comeuppance? No? Do we have a separate standard? Speaking of clutching pearls. Please allow me.

Back to the subject at hand.

Iglesias in 2020 became the poster child of the American Civil Liberties Union‘s quest to ensure even the most hardened criminals enjoy transgender rights, and the civil rights group that once focused its energies on free speech sued the government, arguing that denying the costly surgery is a violation of Iglesias’s constitutional rights. U.S. District Judge Nancy J. Rosenstengel agreed, writing in an opinion issued last month that “Iglesias suffers daily and is at risk of self-mutilation and suicide.”

Yep. That’s the world we live in. A world where a corrupt, American-hating group like the ACLU can bully the American government into giving a sex change operation to a terrorist, all on the taxpayers’ dime.

New Biden administration policy requires prison officials to use a transgender inmate’s preferred name and pronouns and consider housing transgender inmates in prisons matching their “lived gender.” Federal policy doesn’t require surgery in every case, but left-wing groups like the ACLU are now using cases like Iglesias’s to make sure it is widely available for inmates. There are about 1,300 transgender inmates in federal jails, according to a Bureau of Prison spokeswoman.

Iglesias, who according to prison records is white but has used Hispanic names since 2004, is nearing the end of a 20-year bid for mailing white powder—from prison—to the British Commonwealth and Foreign Office in 2002, which prompted evacuations and street closures around London.

So here we are kids! It’s 2022, and we have an inept administration that is more concerned with a convict’s pronouns than manufacturing baby formula and allow a WHITE person to use a Hispanic name. Now this criminal is getting a sex change, and we are paying for it! One can only hope the surgeon assigned to the surgery had a rough night drinking the night before and finished at the bottom of his class.

I think for 2024 I am campaigning for Meteor Strike/Alien Invasion 24! Go vote folks!