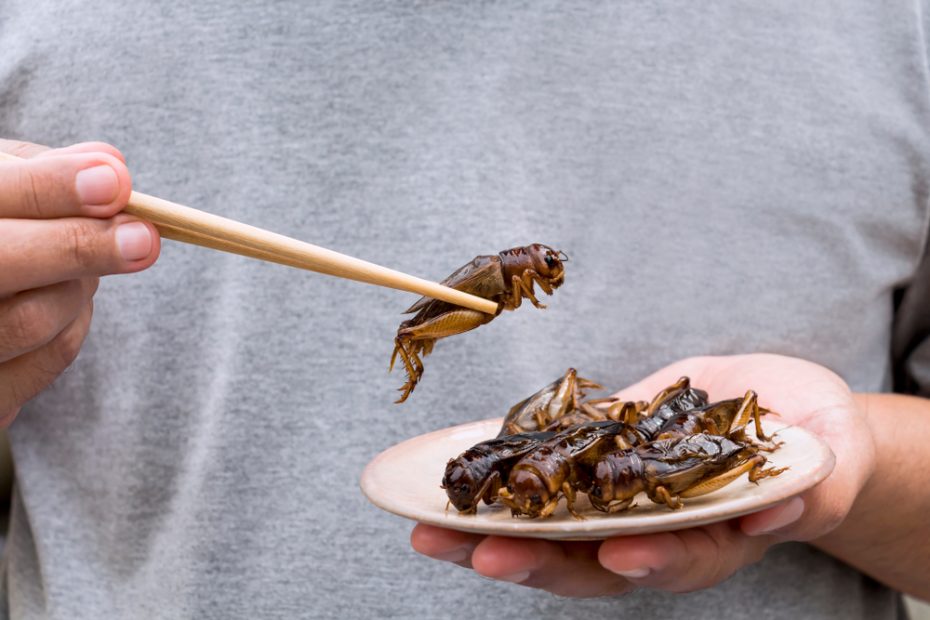 I don’t consider myself a particularly picky eater, but there are some foods that I either can’t or just won’t eat. Kale, lima beans, veal (it’s a baby!), seafood of any kind are on my “no thanks” list. Dairy, some gluten, flax, chia, all fall on the “you don’t want to be around me if I eat this” list. You, know what I mean. Gross. However, if it’s an adult, has a face or feathers, and walks around minding its own business, fire up the grill.

In our zeal to head off supposed climate change, agricultural farming and animal agriculture are taking a hit. I suppose all of the cow and chicken farts are too much for the Earth to handle so we have to cut back on eating animals, or we are all going to die! Of course, eating too much pork and red meat will kill you too, so pick your poison. I’ll tell you what poison I won’t be picking; a startup in the “insect protein” market has raised 250 million and guess what for! It might bug you to tell you why. Check this out from the Blaze:

Countless companies have entered the “alternative protein” market in recent years, many claiming to offer more sustainable and healthy products than those typically found in supermarket meat aisles. Companies like Impossible Foods and Beyond Meat offer plant-based meat substitutes, creating vegan options meant to replicate the taste and texture of meat. Others are developing cultured meat, which is meat grown from animal cells in a laboratory.

Does the really bug you? or does it make you hungry?https://t.co/vWBms56ruV

Meat substitutes are all the rage. Plant-based protein crumbles, veggie burgers, even plant-based chicken nugs. Guess what? They all suck. That’s not to say they aren’t edible, but they are the food equivalent to Christian rock. It’s ok but compared to the real thing it sucks.

Protein from insects, particularly crickets, is another alternative to farm-raised animal protein that has been touted as a “solution to world hunger.”

At a time when conservation of our natural resources and the preservation of our environment are becoming an absolute necessity, we are convinced that the insect industry is a key solution for our planet’s food production needs,” InnovaFeed co-founder and CEO Clément Ray said.

They may act convinced that that the insect industry is a key solution for global food production, but I am convinced that they are using the boogeyman of climate change to make loads of cash by convincing us that the world will burn if we don’t eat a few crunchy crickets. I’m not buying it, or any grasshoppers for lunch either.

Brian Fisher, an ant specialist at the California Academy of Sciences, believes it’s just a matter of time before consumers start accepting insects as part of their regular diet. “If it’s done right, they will keep coming back for more, because it tastes really good,”

Consumers will NEVER accept insects as a regular part of their diet, but the world governments WILL attempt to make us accept them. I don’t care how it tastes, or how much spice or seasoning you use, the vast majority of people will never accept eating bugs. We shouldn’t accept it either. We are the apex predator. Top of the food chain. You don’t see lions snacking on grasshoppers. Ever seen a hawk swoop down and catch a cricket? Humans don’t forage around the forest floor for bugs, period, no matter how healthy they are.